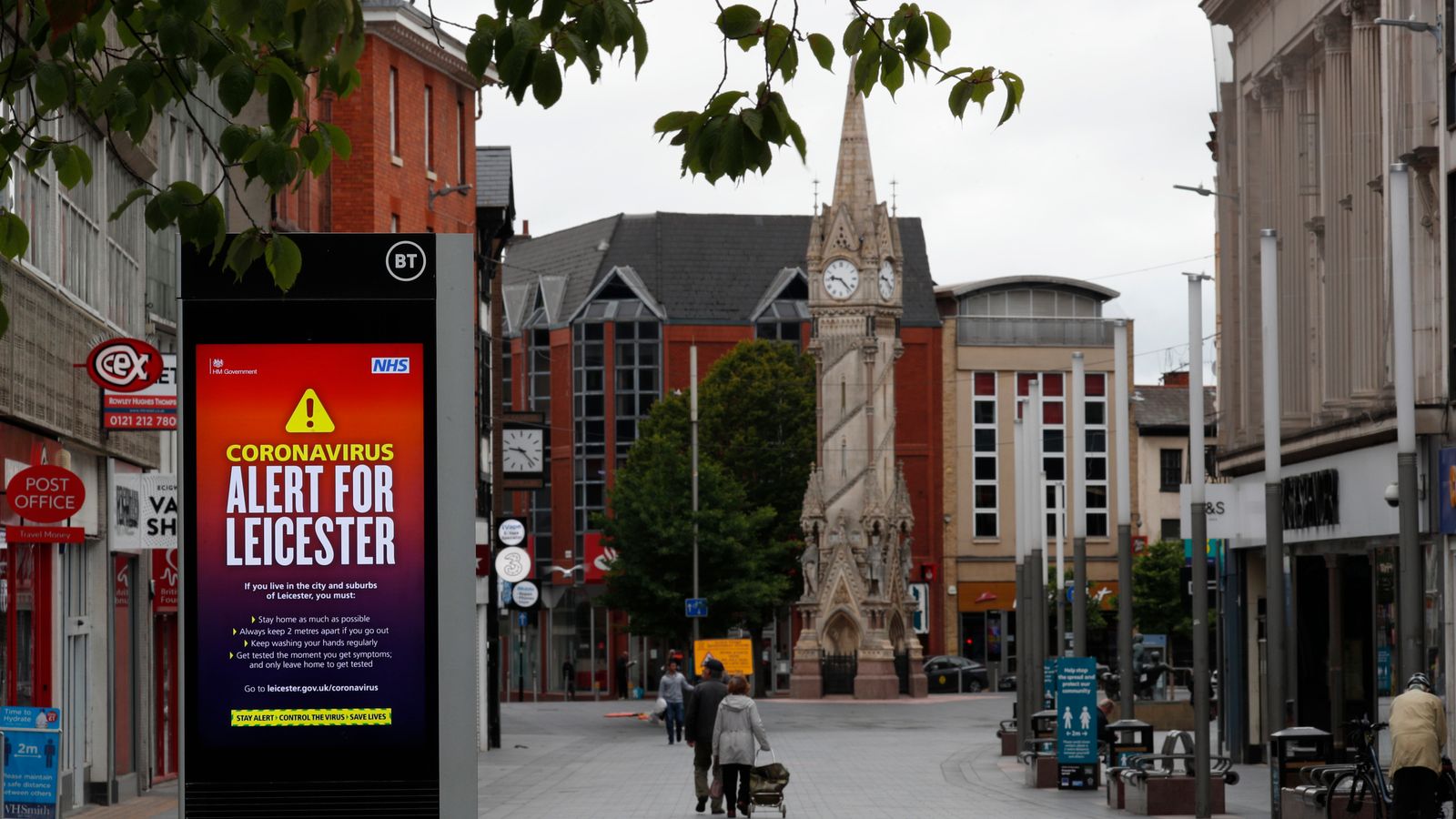 The number of coronavirus cases in Leicester is “still well above” the rest of the UK ahead of this week’s review of the city’s local lockdown, Health Secretary Matt Hancock has said.

The Midlands city has been subject to the UK’s first full local lockdown as part of the government’s “whack-a-mole” strategy to deal with local flare-ups in COVID-19 infections.

Shops and schools have been closed, while the reopening of pubs and restaurants did not take place in Leicester in line with the rest of England earlier this month.

Health Secretary Matt Hancock told the House of Commons on Tuesday that the local restrictions in the city would be reviewed later this week.

“There is a process for whether changes can be made in Leicester,” he told MPs.

“The process is that we will look at 14 days of data – it is today 14 days since the measures were introduced.

“We’ll look at that on Thursday of this week and make a public announcement, as soon as is reasonably possible, about whether and if any changes can be made to the situation in Leicester.

“Thankfully the numbers have been coming down in Leicester and we have put in that extra testing.

“But the number of positive cases in Leicester is still well above the rest of the country.

“I won’t pre-judge the decision that we’ll take on Thursday and we’ll take into account all of the data.

“We won’t set out specific thresholds, instead we’ll look at all of the data – both the level and the rate of change – and make the appropriate decision in consultation with the local authorities.”

Mr Hancock made the comments as he set out the government’s plan to make the wearing of face coverings compulsory in shops and supermarkets in England from 24 July.

The health secretary described to MPs how sales assistants, cashiers and security guards had “suffered disproportionately” during the coronavirus crisis.

Mr Hancock also provided an update on the government’s test and trace scheme, which has now seen 144,000 people asked to isolate themselves after being informed they were at risk of infection.

On Monday, Professor Jonathan Van-Tam – one of England’s deputy chief medical officers – said that data published on Saturday showed Leicester is “really quite an outlier” compared with anywhere else in the country.

“The situation has improved but it needs to go further,” Prof Van-Tam told the BBC.

He stressed any decision to lift the city’s lockdown “can’t be rushed”.