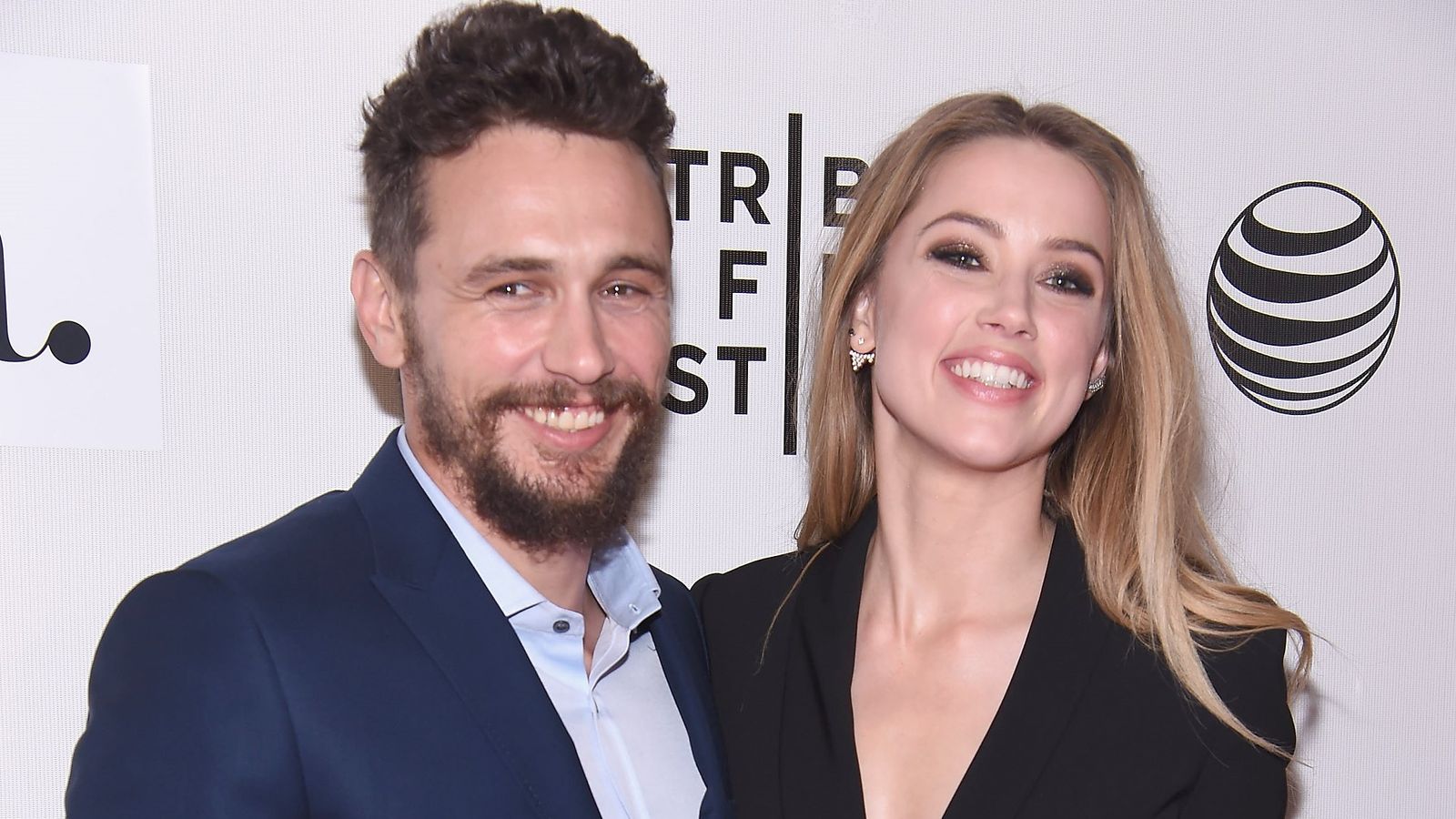 Amber Heard asked her former assistant to conceal the fact she was filming a romantic scene with James Franco from her then partner Johnny Depp as an “insurance policy”, the High Court has heard.

Kate James, who was Heard‘s personal assistant for three years, said the actress asked her not to let Depp or his team know she was doing the scene with her co-star in 2015 thriller The Adderall Diaries.

Ms James appeared as a witness on day seven of Depp’s libel action against the publishers of The Sun, following two estate managers who gave evidence earlier on Wednesday.

Here are some of the other key moments from day seven in court:

Speaking about The Adderall Diaries in the afternoon court session, Ms James said Heard sent her a text in May 2014 asking her not to share “the one-liner from the schedule… with anyone from Johnny’s team”.

The text, sent while the movie was being filmed, said this was so Depp did not “lose it”.

Ms James said that when Heard was shooting, the actress would liaise with her every day about her schedule.

When asked by The Sun’s lawyer, Sasha Wass, if she believed Depp would become “upset or angry” if he knew about the romantic scene with Franco, Ms James said not.

“I think it was more an “insurance policy”, she told the court.

Ms James explained that there had been some “confusion” over why Heard was working with Franco again after allegedly previously describing him as “sexually aggressive”.

Earlier in the day, the court heard from Depp’s former estate manager, who told how he found a piece of the actor’s finger following a now infamous argument with Heard in Australia.

Ben King, who worked for the Pirates Of The Caribbean star in Australia, London and Canada over three separate periods between 2014 and 2016, was the first witness to be called in the libel trial on Wednesday.

He told the court that Heard was the “antagoniser” in her relationship with Depp, often “goading” and attempting to provoke the actor, and that the pair would argue “like schoolchildren”.

The argument in Australia in March 2015, which has been discussed several times during the hearing so far and happened shortly after the pair got married, is one of 14 alleged incidents of violence against Depp – Heard has described it as a “three-day hostage situation”.

The 57-year-old actor’s finger was seriously wounded during the incident – he claims Heard, 34, threw a bottle at him.

Ms Wass questioned Mr King about the clean-up operation in the aftermath of the argument, asking if he had the task of trying to find the missing tip of the actor’s finger, to which he replied: “It was mentioned that it may be somewhere and when I was clearing up I found it.”

Mr King told the court he found the piece of flesh near a bar area in the rented house the couple were staying in while Depp was filming a Pirates Of The Caribbean film.

Mr King was also asked by Ms Wass if there was any “urine on the floor” in the house, to which he said there was not.

David Sherborne, representing Depp, told the court that in a previous statement given by Heard, she said Depp “took out his penis” before urinating in front of and inside the house.

Her statement went on: “He said he was trying to write my name on the carpet as he walked through the house.”

Still discussing the house in Australia, Ms Wass told the court “there was a lot of paint” and graffiti on the walls, which she said read: “Billy Bob Thornton, Amber Easy.”

Thornton, a former co-star of Heard’s, has been brought up previously in the proceedings.

Depp has admitted writing on a mirror and walls in the house in blood from his wounded finger, as well as paint, saying: “There was an incident once where Amber lied to me about Billy Bob Thornton, so I wrote his name.”

Returning to Los Angeles from Australia with Heard, Mr King noticed “some cuts on one of her arms”, the court heard.

“They were enough for me to say, ‘maybe you should put your sleeve down’,” he said.

During his time in the witness box, Ms Wass, The Sun’s lawyer, put it to Mr King that when he first worked for Depp, he was told the star was “teetotal, having been a drinker”, which he said was correct.

When Mr King arrived at a house Depp and Heard were staying in in London, “there was a relatively large number of cases of wine that had been brought to the house and you found that strange,” Ms Wass said.

“You reached the conclusion that Ms Heard drank two bottles of wine a night,” the barrister said.

Mr King said he did not know if Depp was clean from drugs at that time. “It was not any of my business,” he told the court.

Kevin Murphy, who worked for Depp for almost eight years, followed Mr King giving evidence. He was asked about a separate trip to Australia in 2015, when it was well publicised that the couple had taken their two dogs into the country.

He said Heard was “repeatedly” told beforehand that it would be illegal for her to take the pets, Yorkshire terriers Pistol and Boo, due to permit and quarantine issues.

Mr Murphy also alleged that the actress “demanded” he make a false statement about the animals being “smuggled” into the country, and that she asked him to contact Ms James and ask her to “lie under oath” to an Australian court.

Heard and Depp recorded a now infamous video in 2016 apologising for taking the dogs on the trip.

In his written witness statement for the libel case, Mr Murphy claimed he felt threatened by Heard over the incident.

“Ms Heard was aware that [taking the dogs to Australia] was illegal, because I had informed her repeatedly by email, telephone and in person,” he said.

Mr Murphy alleged he had told Heard he was “uncomfortable” with giving a false statement to the Australian court and that “he would not ask Ms James to do so”.

In his written statement, Mr Murphy also said that shortly after this, Heard “demanded verbally that I myself make a false witness statement regarding the dogs’ illegal entrance into Australia”.

He said: “I expressed that I was extremely uncomfortable with doing so, to which Ms Heard responded with words to the effect of: ‘Well I want your help on this… I wouldn’t want you to have a problem with your job’.

“Ms Heard’s threatening language made me feel anxious and uneasy.”

Depp is suing The Sun’s publisher News Group Newspapers, and its executive editor Dan Wootton, over an article published in April 2018, which labelled him a “wife beater”.

The actor denies allegations of violence against him, and spent more than four days giving evidence in the witness box at the start of the trial.

Heard is due to give evidence later in the hearing, which is set to last for three weeks in total.