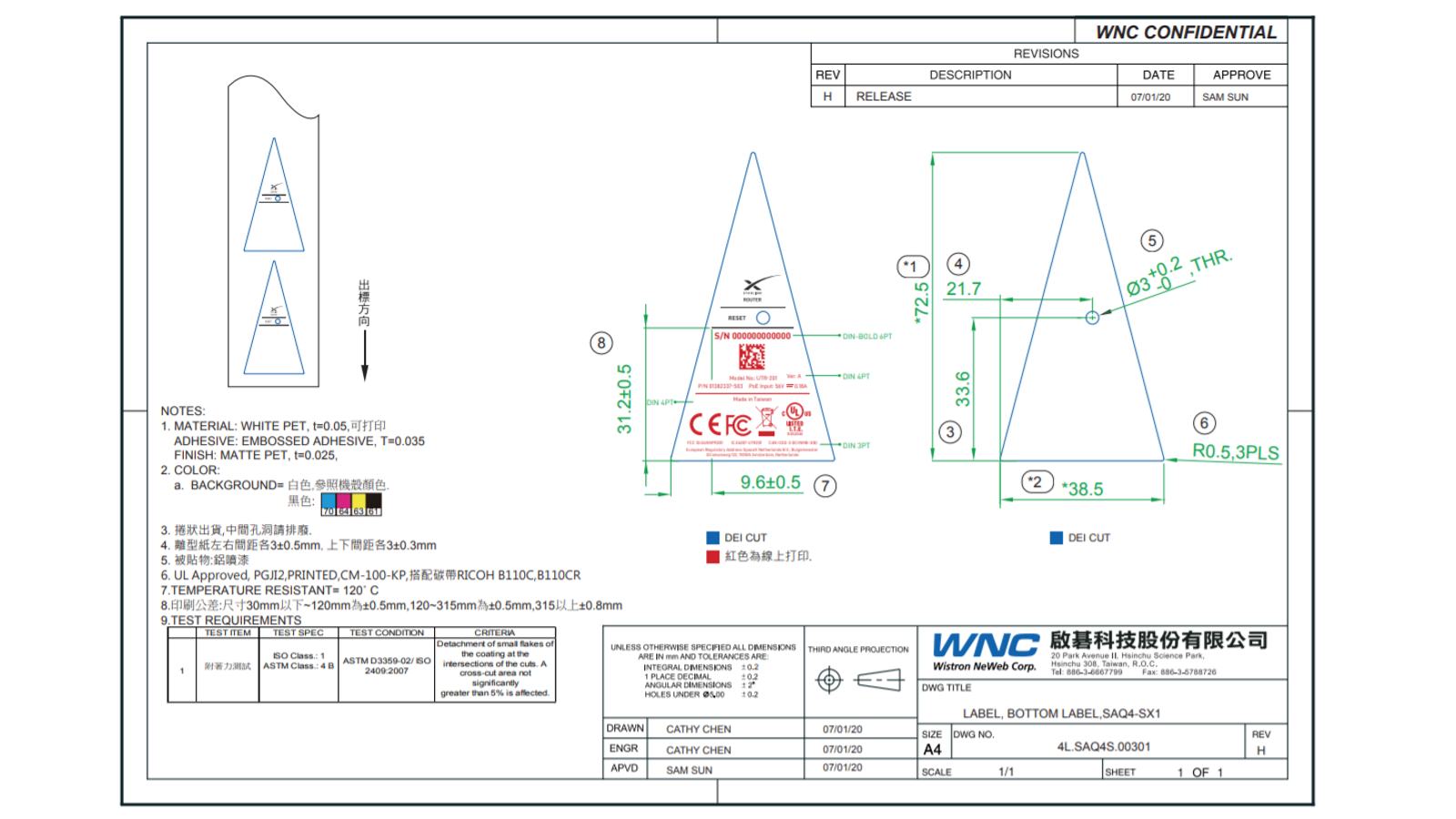 Plans for the WiFi router used by SpaceX’s satellite-based broadband business Starlink have been revealed in a regulatory filing.

The Starlink Router, which has now been approved for consumer use by the US Federal Communications Commission (FCC), will connect an external satellite dish or terminal to any computers or phones inside the house.

According to SpaceX founder and chief executive Elon Musk, the terminal comes equipped with motors so that it can angle itself for the best view of the satellites zooming by overhead.

Starlink terminal has motors to self-orient for optimal view angle. No expert installer required. Just plug in & give it a clear view of the sky. Can be in garden, on roof, table, pretty much anywhere, so long as it has a wide view of the sky.

The public FCC documents reveal the routers are being manufactured in Taiwan by Wistron NeWeb Corp, and will be available when the Starlink service launches initially in the northern US and Canada in 2020.

A number of images detailing the inside and outside of the router were not published by the FCC due to a confidentiality request by SpaceX.

An FAQ on the Starlink site – buried in javascript code, but discovered by a user on tech social media site Hacker News – also reveals more details about the roll-out.

“Starlink Beta will begin in the Northern United States and lower Canada, with those living in rural and/or remote communities in the Washington state area,” it says.

“Access to the Starlink Beta program will be driven by the user’s location as well as the number of users in nearby areas,” it adds, explaining that it is specifically targeting rural users in areas which are not served by traditional broadband networks.

“All beta testers must have a clear view of the northern sky to participate,” it continues, adding that the 540 satellites currently orbiting the Earth can only provide internet access in the latitudes between 44 and 52 degrees north.

Starlink’s low-flying satellites have become a nuisance for astronomers, despite the firm’s billionaire founder denying claims that the eventual 12,000-strong fleet could pollute the night sky.

SpaceX now says it will make its satellites “generally invisible to the naked eye within a week of launch” following complaints about light pollution.

The website also confirms that anyone involved in the free (aside from a $1 charge to test the billing system) beta test for the Starlink programme will be required to sign a non-disclosure agreement before joining.

Customers will receive their Starlink kit via FedEx, it adds, which will be “pre-assembled with a Starlink dish, router, power supply and mount depending on your dwelling type”.

The FAQ also claims that because SpaceX’s satellites are in a low orbit, “the round-trip data time between the user and the satellite – also known as latency – is much lower than with satellites in geostationary orbit”.

“This enables Starlink to deliver services like online gaming that are usually not possible on other satellite broadband systems,” it claims.