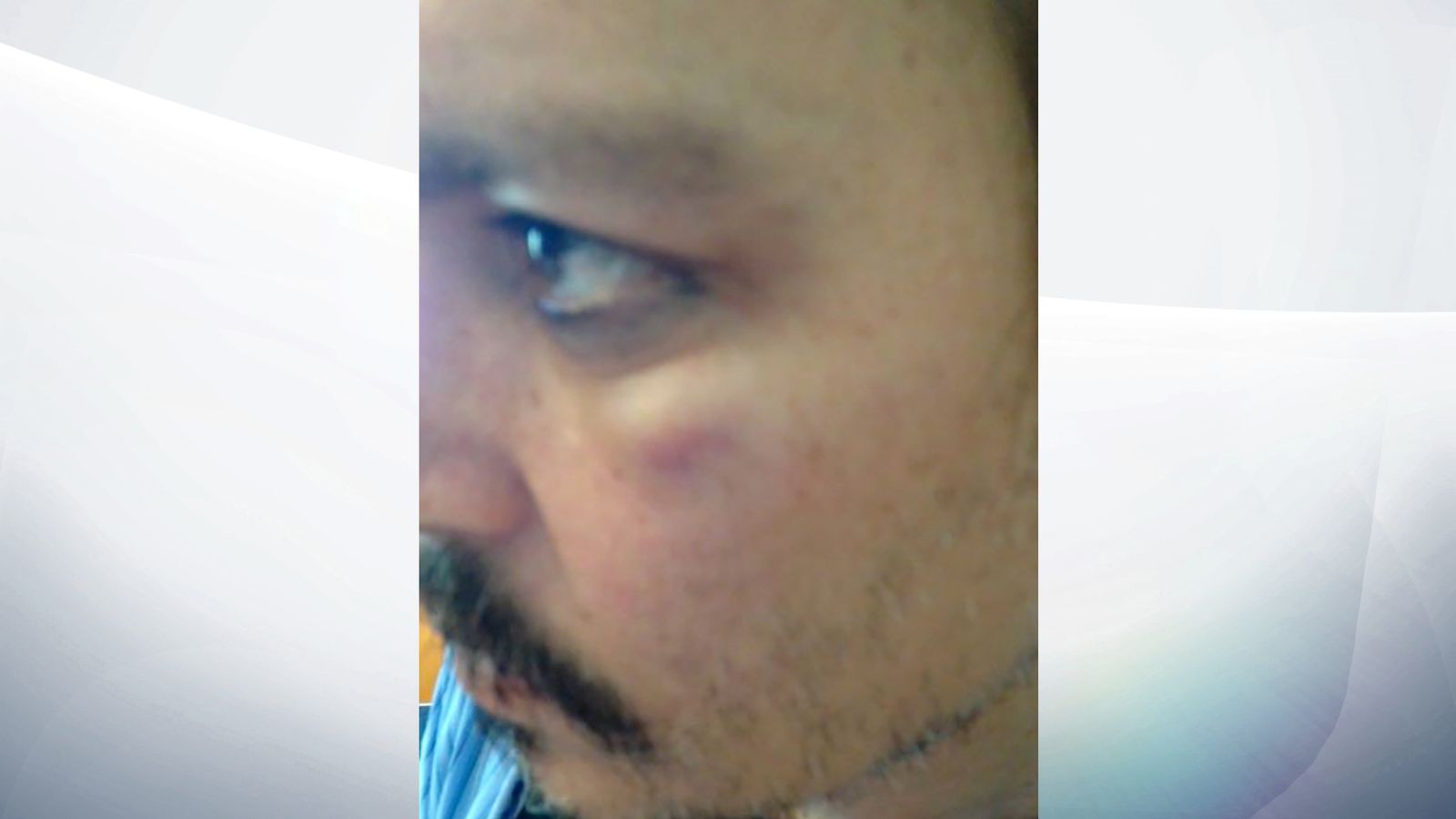 Amber Heard punched Johnny Depp in the face during an argument after her 30th birthday party, the High Court has heard.

Depp’s head of security, Sean Bett, who was giving evidence at the actor’s libel action trial against The Sun and its publishers on Thursday morning, said he documented his boss’s bruised face by taking a picture on his phone.

Mr Bett, who worked for Depp for around 14 years and previously worked as a Los Angeles police officer, said he had driven the Pirates Of The Caribbean star to Heard’s celebratory meal following a business meeting.

Discussing his earlier witness statement, which he gave in April 2016, Mr Bett said that after the party he had seen a “visible injury” on Depp’s face, which the actor had told him was due to Heard punching him.

Mr Bett said he took a photo of the injury and supplied it to the court. A second picture was also shown to the court, of the same injury, but taken from slightly further away.

Mr Bett described Heard as “polite”, and said she never told him that Depp had abused her in any way.

It was put to him by The Sun’s lawyer, Sasha Wass, that as Depp’s employee rather than Heard’s, it would have been “completely inappropriate” for her to have confided in him.

Mr Bett also told the court that Heard would cry and say how much she loved Depp following arguments between the pair, when he says Depp would ask him to drive her places.

Mr Bett also spoke about a visit to Depp’s LA penthouse, on 21 April 2016, during which Heard alleges Depp threw a phone in her face and hurled a magnum of champagne.

The security guard said he saw Heard “shouting at the top of her lungs” while Depp was standing “approximately 20 feet away” in the kitchen.

Mr Bett went on: “As soon as Ms Heard noticed that we had entered the room, she looked very surprised; her demeanour then changed and she pointed at Mr Depp and screamed to us words to the effect of: ‘If he hits me one more time, I am calling the police.'”

Mr Bett says he saw no injuries on Heard during the visit to the flat.

While he agreed that Depp had been “agitated” during the visit, he says he did not see the actor throw a bottle of wine.

When put to Mr Bett by Ms Wass that he was “lying to protect Mr Depp”, Mr Bett replied: “You can call me a liar 100 times. I’m not lying, I’m telling the truth.”

We also heard from Starling Jenkins, a security guard at The Eastern Columbia Building in Los Angeles where Depp and Amber Heard lived.

Mr Jenkins had driven Heard and some of her friends to Coachella Valley Music and Arts Festival after her birthday event.

He described seeing Heard vomit in a car park at the festival, and asking him to get her ginger ale, crackers and pedialyte – a rehydration drink.

In his witness statement, he said that in his many years of working for the actor, he had “never seen him use physical force on Amber in any way, nor have I seen any marks, bruises or injuries on Amber that suggest she has suffered abuse by Johnny”.

Mr Jenkins says that on the occasions he did see the pair arguing, “[Depp] assumes a passive tone and wants to leave her presence”.

Another talking point at today’s trial was somewhat of a non-event, as the court was told that Vanessa Paradis and Winona Ryder will now not be called to give evidence, as was previously scheduled.

Both high-profile ex-partners of Depp were due to appear in the witness box via video-link this week, speaking in support of Depp.

Now, due to the court over-running by at least a day, their evidence will now no longer be heard.

Depp’s lawyer, David Sherborne, said it would have been “a pleasure to have them here”, but that given the defendant’s (News Group Newspapers) case is that the actor was not violent to other partners but was to Heard, there was no need to reschedule.

French singer, actress and model Paradis – who was with Depp for 14 years – has previously described the actor as “kind, attentive, generous and non-violent”.

Paradis, 47, has said he was never violent or abusive towards her. The couple have two children together, Lily-Rose, 21, and Jack, 18.

Ryder – who was previously engaged to Depp, and with him for four years – had been due to give evidence on Wednesday.

The 48-year-old actress has previously said she “cannot wrap [her] head around” allegations of abuse against Depp.

The case continues, with further witnesses due to give evidence this afternoon.