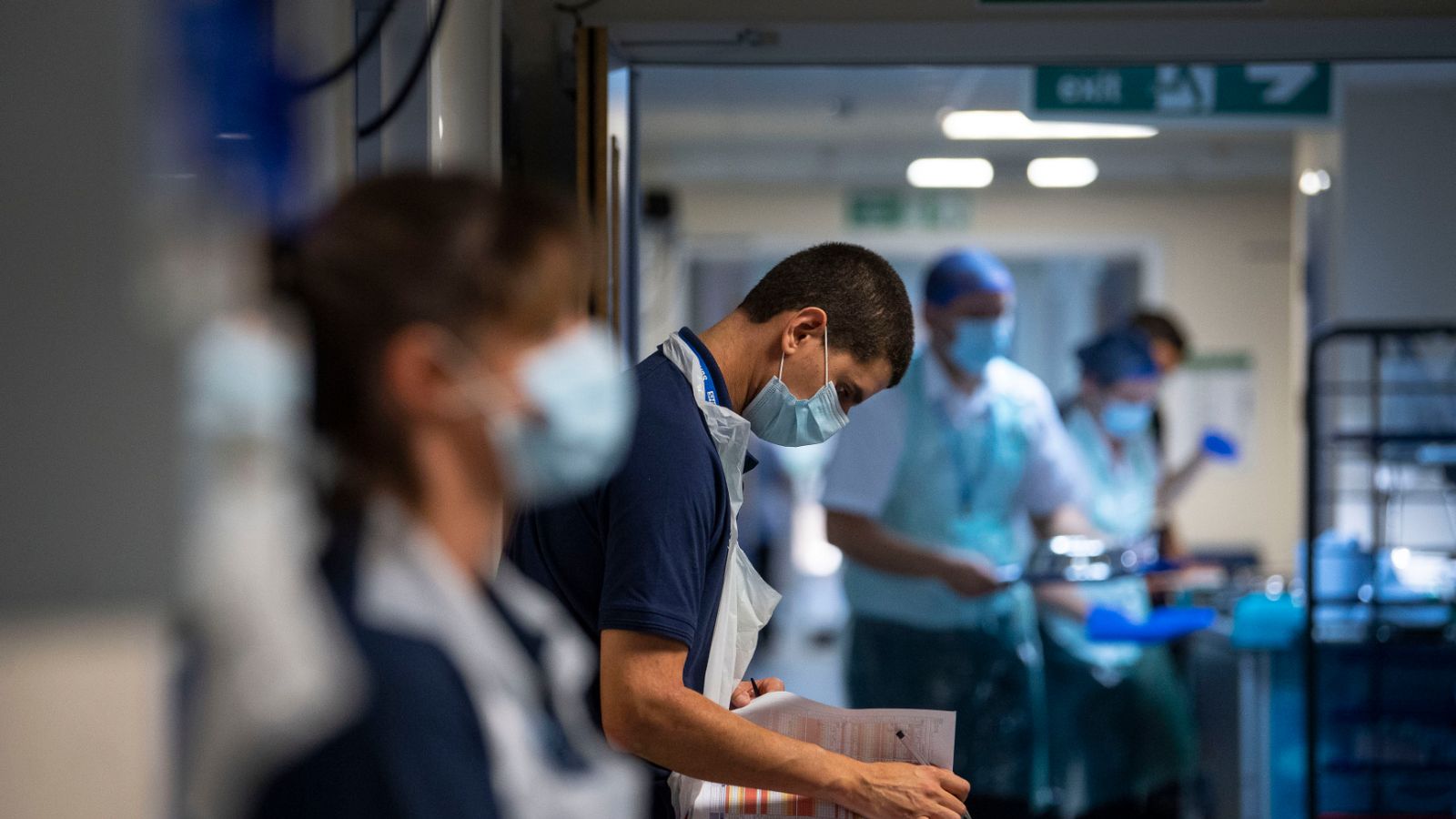 Boris Johnson will pledge another £3bn for the NHS as he lays out the next stage of the coronavirus recovery roadmap, amid reports he wants staff to return to work.

The prime minister will make the funding pledge to prepare the health service for a second wave of COVID-19 infections as the country heads towards winter.

He is due to explain more about how Britons can live with the virus, after one of his most senior scientists warned further infections are likely if social distancing is eased.

Nightingale hospitals – set up to help the NHS if it was overwhelmed but that have largely not been needed – will be kept open until the end of March 2021, Mr Johnson will pledge in a news conference on Friday.

He is also expected to confirm plans to increase testing capacity to half a million antigen tests a day by the end of October to bolster the NHS test and trace programme.

And several newspapers report Mr Johnson will change guidance to tell staff to return to work if they can.

Currently, employees are only told to go into work if they cannot do their job from home.

His chief scientific adviser, Sir Patrick Vallance, cautioned against the move on Thursday.

“Of the various distancing measures, working from home for many companies remains a perfectly good option because it’s easy to do,” he told MPs at the Commons science and technology committee.

“I think a number of companies think it’s actually not detrimental to productivity.

“And in that situation, there’s absolutely no reason I can see to change it.”

It follows warnings about the future of businesses which serve staff commuting in or on their lunch breaks, following significant job losses at some high street chains.

A Number 10 spokesperson said: “Thanks to the hard work and sacrifices of the British people, the virus is under control and we have eased restrictions in a cautious, phased way.

“But the prime minister is clear that now is not the time for complacency, and we must make sure our NHS is battle-ready for winter.

“He will set out a broad package of measures to protect against both a possible second wave, and to ease winter pressures and keep the public safe.”

As part of the government’s next stage, there will also be a marketing campaign to highlight testing centres to boost the number of people checking to see if they have the virus.

It follows an announcement by Health Secretary Matt Hancock about a new flu vaccine programme designed to cut down on people needing medical help for the winter flu.

A report commissioned by Sir Patrick released earlier this week also warned there could be 120,000 more deaths under a “reasonable worst-case scenario” this winter.