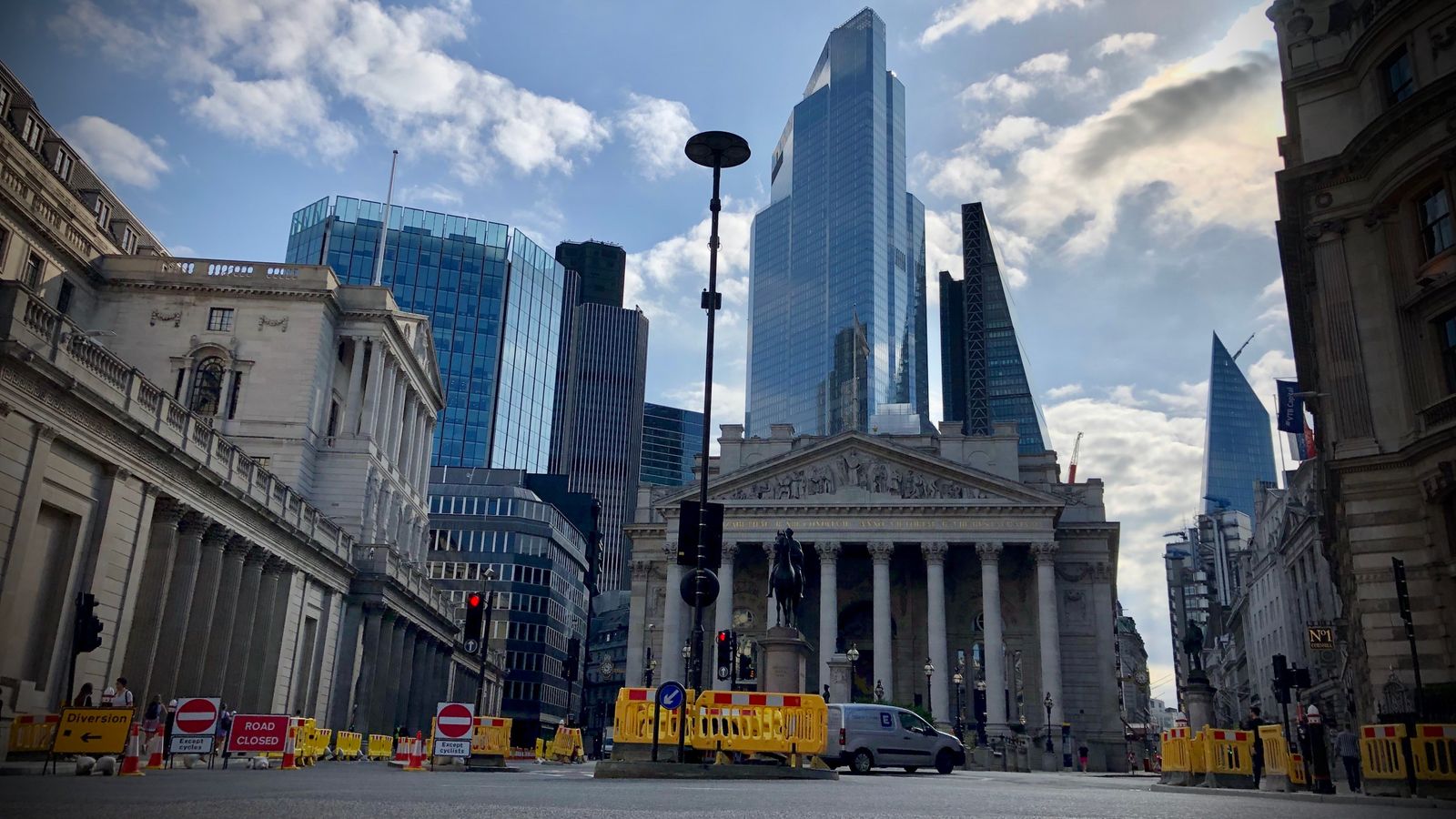 I took the London Underground today for the first time since February.

At 8.30am, a carriage that would usually hold around 200 people squashed like sardines saw just seven of us leisurely spaced.

Getting off at Bank station was almost beautiful in its eeriness.

In the formerly heaving heart of the capital’s financial district, a few cyclists, the odd bus and a lone woman feeding the pigeons was about all the life there was to speak of.

The empty offices offer the explanation. It’s not a residential part of the city.

The great glass skyscrapers and the commuters that inhabit them are almost all the action there is here – but most of those employees are now working from home.

The prime minister may not have said it in so many words today, but he’ll be keen to get people back into these offices.

Economically, so much depends on it. But he stopped short of actively encouraging it.

The onus was put on employers to ensure staff safety.

In the Leadenhall building, better known to many as the Cheesegrater, management say they are ready.

They have installed almost permanent cleaning rotations with a state-of-the-art electro-cleaning product, a contactless access system, and, of course, social distancing measures.

But it’s not yet clear if even these measures will be enough to entice people back to work. A building that usually hosts 5,500 workers has just roughly 95 staff in at the moment. It feels strange and empty.

And that emptiness doesn’t only matter to those in real estate. In the shadow of every skyscraper; in every commercial hub, thousands of businesses totally rely on the footfall of commuters.

Back in the ’80s and ’90s, when the economy boomed and house prices rose, commuting became a way of life and large parts of our city centres became places of work and convenience.

These economies have been decimated by lockdown.

At the foot of the Cheesegrater stands Leadenhall Market. There has been a market on this site in some form since the 14th century, but rarely has it stood so still.

Andrea Oriani, whose family has run a cafe here since 1986, said he could “just about stretch until December” since his takings had dropped from £3,000 a day to less than £100.

Without workers, he said, it would be tough to see how his business will survive.

Ultimately, it will come down to confidence. People need to feel safe – not just at the office but also on the way there.

Transport companies that run our buses, tubes and trains have a big part to play in this.

If workers don’t return, it has the potential to completely redraw our towns and cities.

The way we live our lives and the livelihoods that depend on it are now at stake.