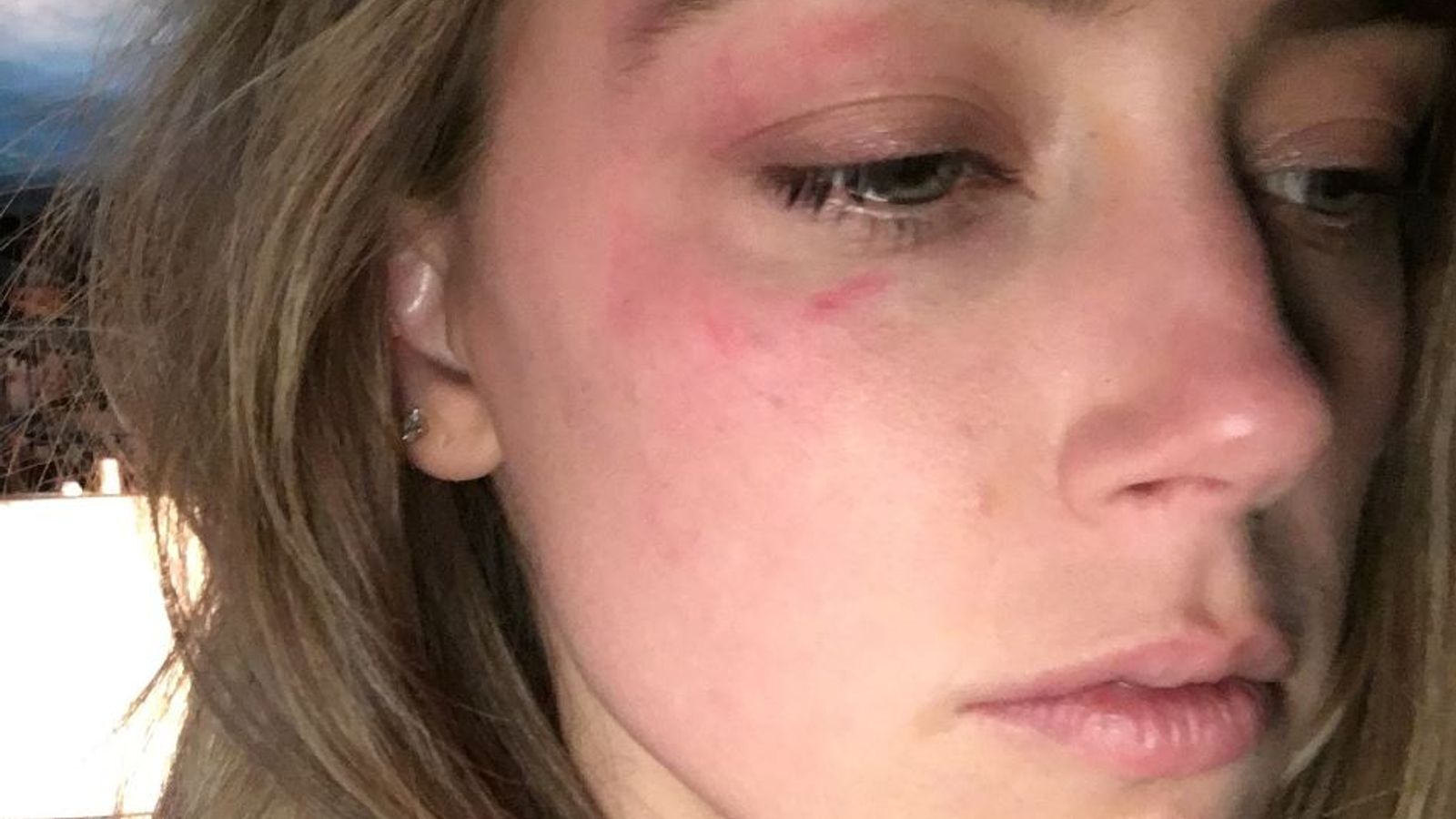 An artist friend of Johnny Depp’s has dismissed images of Amber Heard with injuries as “phoney baloney” at the High Court, and accused the actress of filing a “fraudulent” domestic violence claim to “extort and blackmail” the actor.

Isaac Baruch, who the court heard lived rent-free in one of Depp‘s Los Angeles apartments, was the first witness to give evidence on Friday, day nine of the Hollywood star’s libel action against the publishers of The Sun and the paper’s executive editor Dan Wootton over an article labelling him a “wife beater”.

Mr Baruch described Depp as a “noble mensch” and “a true honest guy”. Speaking about “phoney baloney pictures in People magazine” of Heard with injuries, he said they did not compare with what he had ever seen.

The court also heard from Alejandro Romero, a concierge at the Eastern Columbia Building, where the stars lived, who claimed that Tesla and SpaceX founder Elon Musk regularly visited Heard late at night at the penthouse. Depp has previously accused Heard of having an “extra-martial affair” with Musk.

But first up was Mr Baruch, who in his witness statement claimed that Depp confided in him as early as 2013 that [Heard] “likes to hit”.

Depp and Heard split up in 2016 and NGN, the publishers of The Sun, are relying on 14 allegations of violent behaviour the actress has made against her ex-husband as their defence in court.

Depp, who finished giving his own evidence at the beginning of the week, arrived late to court on Friday, in the middle of Mr Baruch’s evidence.

During his time in the witness box, the artist was asked about the aftermath of an incident on 21 May 2016, in which Depp is alleged to have thrown a phone at the actress and smashed objects at their Los Angeles penthouse – the actor denies this.

Mr Baruch, who has known Depp for 40 years and at the time was living in a neighbouring apartment owned by the actor, told the court Heard’s face looked “natural and normal” the day afterwards.

Mr Baruch said the actress told him Depp “had come by the night before and got violent” and she was changing the locks to three apartments.

After a conversation with Heard’s friend, Josh Drew, Mr Baruch said he went back to speak to Heard, who told him that Depp “hit her in the face and threw a phone at her”.

In his statement, he said there were lights on and sunlight coming through windows and he had “an excellent view of Ms Heard’s face”.

Mr Baruch said: “I literally was around 12 inches from her, inspecting her face and I did not see a single mark or evidence of any marks, bruising, or swelling of any kind anywhere on her face. She also definitely didn’t seem to be wearing any make-up at this time of day that could cover any marks or swelling.

“Her face looked to me just as natural and normal as all the other times I’ve seen it over the past three years while hanging out together around the apartments.”

Mr Baruch’s statement also makes references to four other occasions on which he saw Heard in the following few days, including once when he claims the actress knocked on his door to ask him to let her cleaning lady in.

“Again, I saw no marks of any kind on either side of her face,” he said. “There were no bruises, scratches, redness, dark spots, or swelling of any kind.”

“From March 2015 onwards, Ms Heard was visited regularly late at night, at around 11pm to midnight, by Mr Elon Musk,” he said.

“For his initial visits, I would receive a call from Ms Heard who would tell me to give Mr Musk access to the garage for the building and then send him up to the penthouse.

“After he had made a few visits, Ms Heard provided Mr Musk with his own garage remote and a fob to Mr Depp’s penthouse.

“I believe he visited Ms Heard a few times a week and he would always visit when Mr Depp was not at home.”

In his statement, submitted in support of Depp’s libel action, Mr Romero also claimed he “did not notice any bruises, cuts, swelling, red marks or any other injuries of any kind to Ms Heard’s face” when he saw her on 25 May 2016, a few days after one the alleged times the actor was violent.