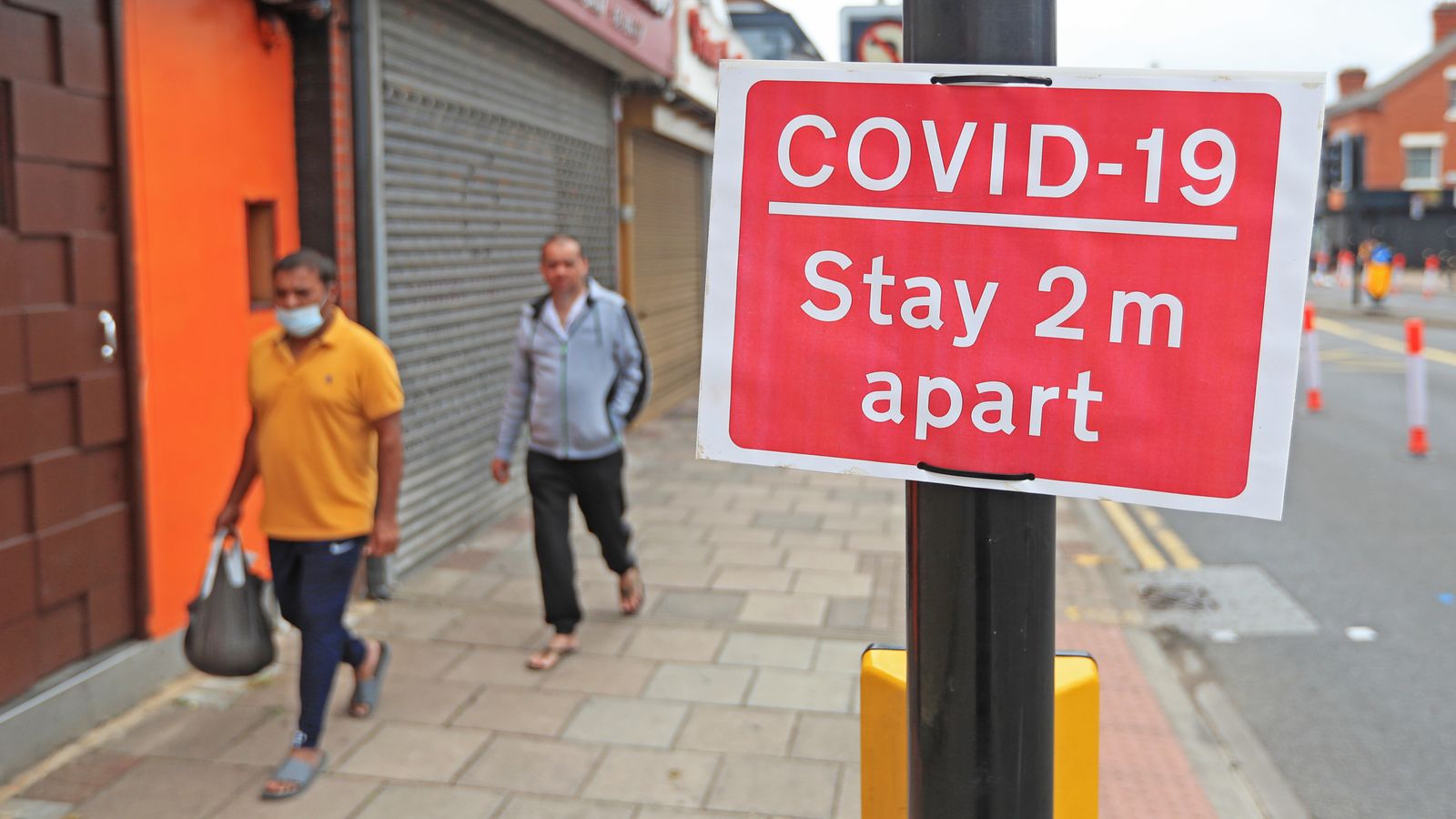 Swift local lockdowns – including the shutting down of businesses, cancellation of events and restrictions on travel to certain areas – will aim to control future COVID-19 outbreaks.

Boris Johnson outlined the plan to contain localised flare-ups in COVID-19 infections as he expressed his hope of a “more significant return to normality” by Christmas.

As well as handing new powers to local councils and government ministers to act on future coronavirus outbreaks, the prime minister also set out an updated roadmap for lifting remaining national restrictions in England.

Speaking at a Downing Street news conference, the prime minister also announced that from 1 August there would be updated government advice on people going to work.

“Instead of government telling people to work from home, we are going to give employers more discretion, and ask them to make decisions about how their staff can work safely,” he said.

“That could mean of course continuing to work from home, which is one way of working safely and which has worked for many employers and employees.

“Or it could mean making workplaces safe by following COVID-secure guidelines.”

This is despite Sir Patrick Vallance, the government’s chief scientific adviser, telling MPs on Thursday he saw “absolutely no reason” why official guidance to work from home should be changed.

The prime minister expressed his hope that the government would be able to review outstanding restrictions and “allow a more significant return to normality from November at the earliest, possibly in time for Christmas”.

However, Mr Johnson warned he would “not hesitate at any stage to put on the brakes” on the lockdown easing and stressed his plans remain “conditional” on rates of infection.

“If we continue to pull together as we have done so far, I know we can beat this virus,” he said.

“Hoping for the best, but planning for the worst – and it’s in that spirit that we must carry on waging this long, hard fight against coronavirus.”

The prime minister said the R number – a measure of how fast coronavirus is spreading – remains between 0.7 and 0.9 across the UK.

He also said the government’s Scientific Advisory Group for Emergencies (SAGE) had assessed the number of infections to be shrinking by between 5% and 1% every day.

If R is below 1 then the virus isn’t being spread to enough people to sustain an outbreak, so it gradually peters out. The closer it is to zero, the faster cases drop.

The latest R number in the UK means less than one person is contracting COVID-19 from an infected person, something the government has been keen to maintain to keep infections down.

Mr Johnson described how action had also been taken to contain outbreaks in Weston-Super-Mare, Bradford and Blackburn.

Outlining a framework for containing and controlling future outbreaks in England to allow the government and councils to work closely together, the prime minister detailed the new powers being given to local authorities from Saturday.

“They will be able to close specific premises, shut public outdoor spaces and cancel events,” he said.

“These powers will enable local authorities to act more quickly in response to outbreaks where speed is paramount.

“Action by local councils will not always be sufficient, so next week we’ll publish draft regulations which clearly set out how central government can intervene more effectively at a local level.

“Where justified by the evidence, ministers will be able to close whole sectors or types of premises in an area, introduce local ‘stay at home’ orders, prevent people entering or leaving defined areas, reduce the maximum size of gatherings beyond national rules, or restrict transport systems serving local areas.”

Mr Johnson admitted that local lockdowns will be “hard going” for those affected and “may seem unjust”, but he added: “There is no point shutting down a city in one part of the country to contain an outbreak in another part of the country.”

The prime minister also confirmed plans to boost the NHS ahead of the winter, when some fear there could be a second wave of coronavirus infections at a time when hospitals are traditionally under greater pressure.

“It is possible that the virus will be more virulent in the winter months – and it is certain that the NHS will face the usual, annual winter pressures,” the prime minister said.

Mr Johnson said action would include an increase in coronavirus testing to at least 500,000 tests a day by the end of October, the rolling out of the “biggest-ever flu vaccination programme in the history of the UK”, and an extra £3bn of funding for the NHS in England, as well additional health funds for other parts of the UK.

This will allow the NHS to continue to use extra beds in private hospitals and maintain the temporary Nightingale hospitals – set up during the pandemic – until the end of March next year.

Labour leader Sir Keir Starmer said: “We all want society to reopen, we all want our economy to start growing again.

“We’ll look at the details of this plan, but the key now is confidence.

“And can we have confidence that the government’s scientific advisers support these measures?

“This can’t be done on a wing and a prayer, it requires a credible plan and national leadership.”

Analysis: Summer holidays might be beginning but PM’s focus is on the winter

The summer holidays may be right around the corner, but the prime minister’s focus was almost entirely on winter.

He acknowledged the ominous risk of a “more virulent” second wave of coronavirus colliding with the annual pressures caused by seasonal flu.

Local lockdowns, he said, would be likely for the foreseeable future.

As for social distancing, Mr Johnson made clear the regulations will be in place until November at the earliest – with only a hesitant suggestion they would be lifted this year, “possibly in time for Christmas”.

It had been suggested the prime minister might use the moment to scrap the government’s “work from home if you can” message, to encourage a wider return of commuters to urban centres.

Instead, he fudged the existing advice – saying simply that employers would be given more discretion.

While Mr Johnson did set out how far the virus has receded since the peak, it all felt rather a long way from his claim in March that the UK would “turn the tide” on the virus within 12 weeks.