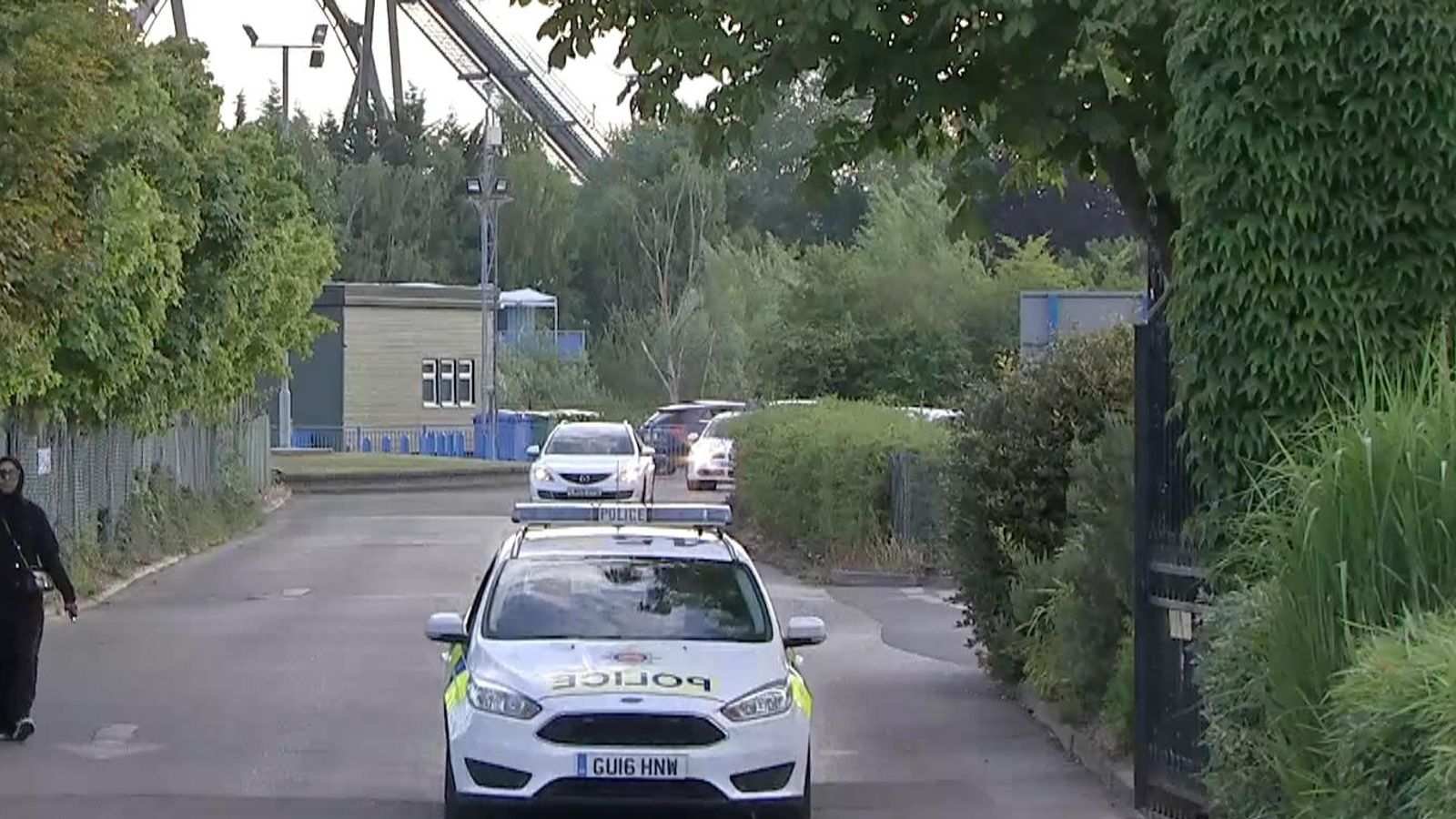 Two men have been arrested on suspicion of attempted murder after a man was seriously injured in an attack at Thorpe Park.

The victim suffered a slash wound to his stomach following an “altercation” between two groups on the Surrey theme park’s footbridge at around 4.50pm.

Guests were locked down as police arrived.

The injured man was taken to hospital and officers said his condition was being described as serious.

The two suspects, both in their 20s, remain in custody.

The incident is not being treated as terror-related.

In a statement, a Thorpe Park spokesperson said: “The resort’s security team and fully trained medical staff were at the scene within minutes and administered immediate care until emergency services teams arrived.

“The police were alerted immediately and the resort is co-operating fully with their investigations.”

They added: “We will be maintaining contact with both the injured guests’ family and the police.”

Detective Inspector Andy Greaves, from Surrey Police, said: “I’m keen to hear from anyone who saw what happened or who has video footage of this assault.

“The two groups of people were close to the exit inside the park on the bridge when the assault took place.

“We’re still trying to establish what has happened, however I’d like to stress that this incident is not being treated as terrorism-related at the current time.

“Enquiries are ongoing to locate all those believed to have been involved. Officers will remain in the area for some time this evening and I’d like to thank Thorpe Park for their assistance and co-operation with our investigation”.

Law student Megan Apps was inside the park when it was locked down but didn’t see the incident herself.

She told Sky News she was “shaken up” and described “quite a bit of panic” at the time because of reports that a man had been stabbed.

“We were told that it was just fainting or that someone had fallen into the water,” she said.

“We were really kept in the dark, there was quite a bit of panic since all over social media we were told a stabbing had happened.”

She also questioned whether security checks were adequate.

“My bag got a 10-second glance, they didn’t search one section of my bag,” said Ms Apps.

“No one was being patted down at the entrance and there were no detectors. I didn’t hear much over the tannoy, just that the rides remain open, we were just told at the exit that we couldn’t leave.”

Thorpe Park reopened on 4 July after being shut due to the coronavirus lockdown.