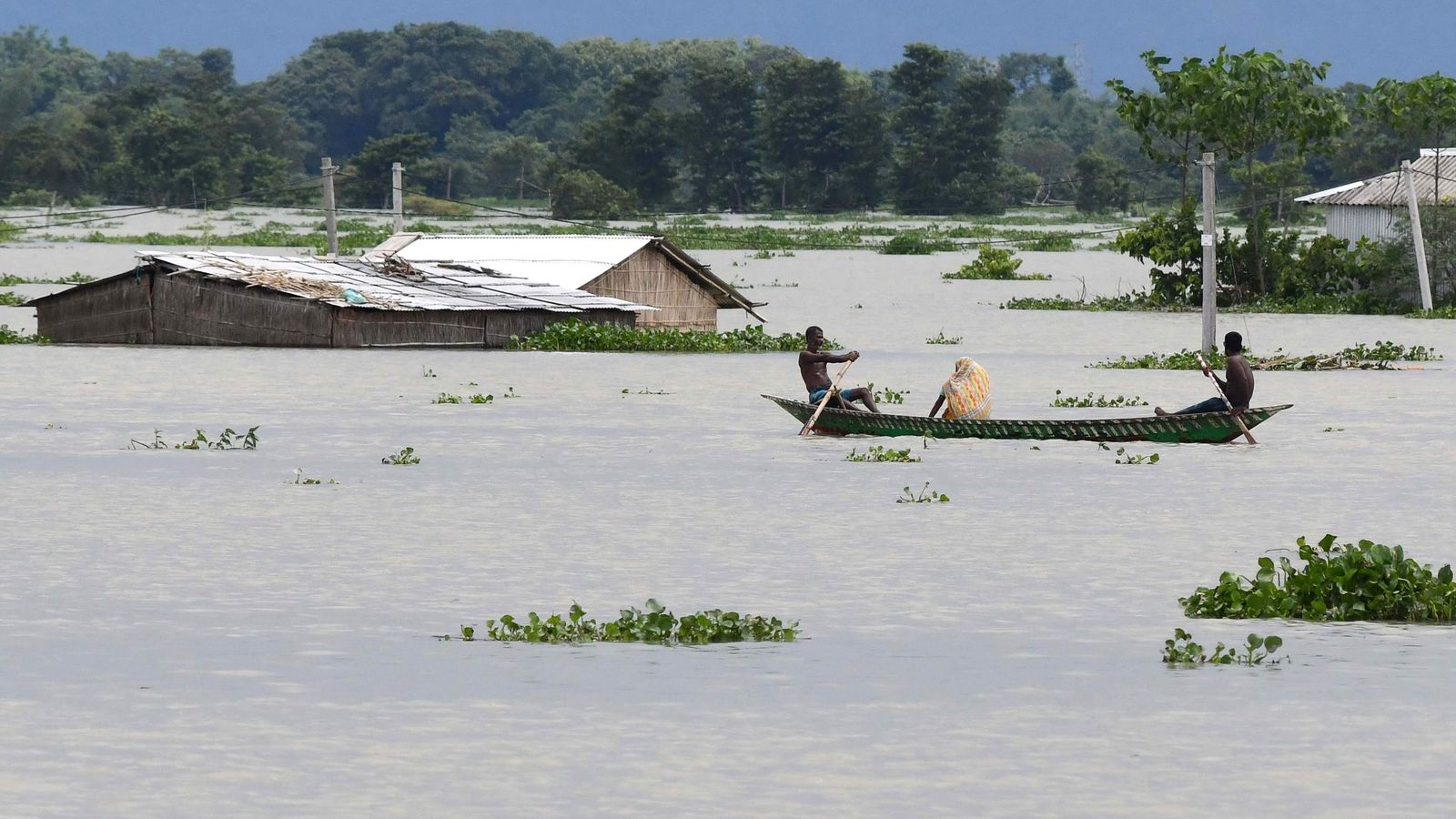 Around 28 of the state’s 33 districts have been affected, making it one of the worst floods in recent times.

About 50,000 people have been rendered homeless and relocated to 649 relief camps set up by the government, while 3,000 villages have been inundated with flooding and 130,000 hectares of farmland damaged as a result.

The Central Water Commission of India issued a severe flood alert, warning the waters of the Brahmaputra river will continue to rise until Monday evening.

This disaster comes at a time when the state and the country are fighting the coronavirus pandemic. The destruction of livelihood and crops will further add to the economic burdens people are facing.

An estimated 3.4 million animals have also been affected by the floods. According to Assam state officials, more than 100 animals including nine rhinos, wild buffalo, deer and wild boar have died.

More than 85% of the famous Kaziranga National Park and Tiger Reserve is under flood water. The reserve houses the Bengal tiger, as well as elephants and the rare one-horned Indian rhino.

More than 2,400 rhinos of this species inhabit the park, while there is a high concentration of the endangered tiger.

On their India tour in April 2016, the Duke and Duchess of Cambridge spent two days in Assam and visited Kaziranga National Park.

The couple met with the anti-poaching squad in Bimoli camp and went on a safari and saw rhinos, elephants and deer.

In some of the most memorable scenes of the trip, the couple had fun feeding milk to baby elephants and saw rhinos being cared for at a wildlife rehabilitation centre.

William and Kate also visited the Asian Elephant Learning centre and Clinic set up by Mark Shand, the late brother of the Duchess of Cornwall, who devoted his life to the protection and care of elephants.

The Kaziranga ecosystem is prone to floods as it is sandwiched between the mighty Brahmaputra river and Karbi Anglong – hills sprawling with rare and untouched flora and fauna.

With the exception of the year 2018, floods have affected more than 60% of Kaziranga National Park every year since 2016. This year has been one of the worst.

Scientists have attributed the frequent occurrence of floods to climate change.