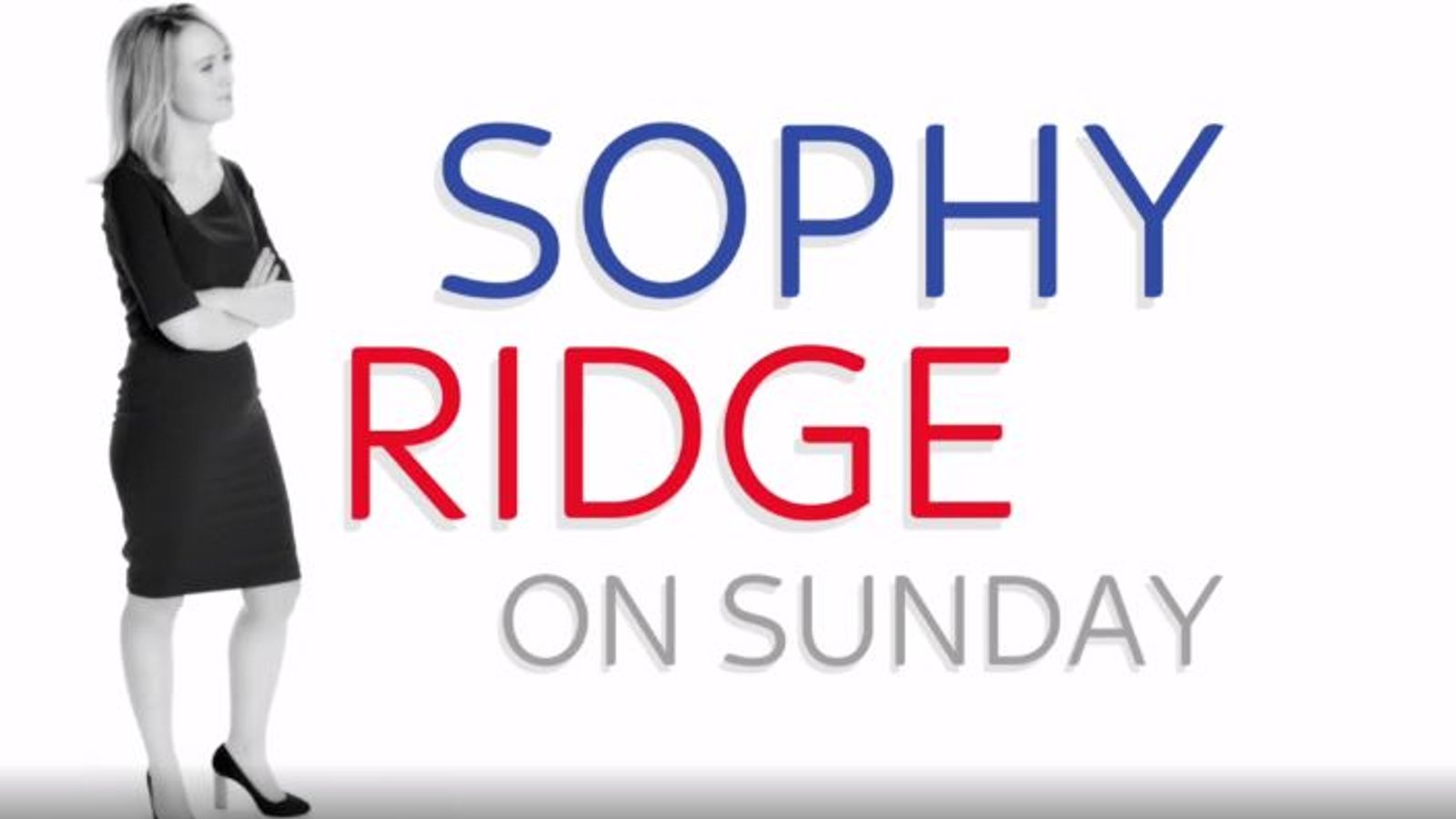 With international relations between the UK and some key superpowers deteriorating, what actions are being taken against Russia and China? And has easing lockdown led to a spike in COVID- 19 infections?

Here are five things we learnt from this week’s Sophy Ridge On Sunday:

1. An end to extradition to Hong Kong?

Dominic Raab has hinted that extraditions from the UK to Hong Kong could end, shortly after 17 fellow Conservative MPs called for the suspension of the relevant treaty.

The foreign secretary promised a statement on Hong Kong to the House of Commons on Monday, saying “one of the things that we reviewed is our extradition arrangements and I will be updating the House on the conclusion of that review”.

The new tough talk is part of the government’s post-pandemic approach to China, with Mr Raab insisting it won’t be “business as usual” with the superpower and “we need to be very careful in our dealings”.

Some more zealous China-sceptics may be less happy about his warning that the UK will not however be “slipping into some outdated dogmatic approach”.

The foreign secretary also laid into Russia over allegations it has attempted to hack coronavirus research facilities, declaring the country guilty of “reprehensible behaviour” and vowing: “You will see us holding Russia to account”.

Mr Raab told Sophy Ridge the government was “absolutely confident that the Russian intelligence agencies were engaged in a cyber-attack on research and development efforts and organisations in this country and internationally, with a view either to sabotage or to profit from the R&D [research and development] that was taking place”.

The allegations have been denied by Moscow’s ambassador to the UK, drawing the sharp aside from Mr Raab that he wasn’t “surprised in the least that the Russian ambassador is wheeled out to deny it.”

There was a reminder, however, of the limits of UK power on the world stage.

11 months on from the death of teenager Harry Dunn in a road collision, the UK still has yet to get Anne Sacoolas, charged with death by dangerous driving, to return from the United States.

Harry’s mother Charlotte Charles appeared on the programme to call for help from the government, ahead of a visit to the UK by US secretary of state Mike Pompeo.

“It’s so important to feel supported by your own government,” she said, but “unfortunately we just haven’t had that – but it’s never too late”.

Challenged over the UK’s failure to extradite Ms Sacoolas, Dominic Raab told the programme “we’re on the family’s side, we’ve made that clear all along” but “there are no measures that we could I think credibly, realistically take” to force her return.

4. The UK ‘should not be a haven’ for human rights abusers

Shadow foreign secretary Lisa Nandy called on the government to take action to “freeze the assets” of any officials involved “those human rights abuses” against Muslim Uighurs in China’s Xinjiang province, saying the UK should “not be a haven for people who abuse human rights overseas”.

She also criticised the previous Labour leadership, saying “I think we got it wrong on Russia…when the Salisbury attacks happened, we prevaricated, we equivocated”.

Ms Nandy said Labour had allowed “an authoritarian regime that has invaded its neighbours, that has interfered in elections across European democratic countries over several years, that has had an appalling record of human rights against its own people, against LGBT people, Muslims and other minorities” to escape criticism.

She also accused the Conservative Party of also being “desperately slow” to recognise the “threat” posed by Russia.

It’s been a bad week for official statistics, as an investigation was launched on Friday into Public Health England’s totals of deaths from coronavirus.

But in one piece of good news, the UK’s national statistician – and head of the Office for National Statistics – Sir Ian Diamond, said the virus rate was “basically flat over the last few weeks” despite “one or two outbreaks in various parts of the country”.

He said there were 1,700 new cases of COVID-19 a day and that “6.3% of the population have been exposed to the virus and that’s round about three million people”.

The government’s warning that face masks will be mandatory in shops looks to have taken effect before the rule comes into force too, as Sir Ian said “61% of the population” had used a face covering in the last week, “up from 50% the week before”.