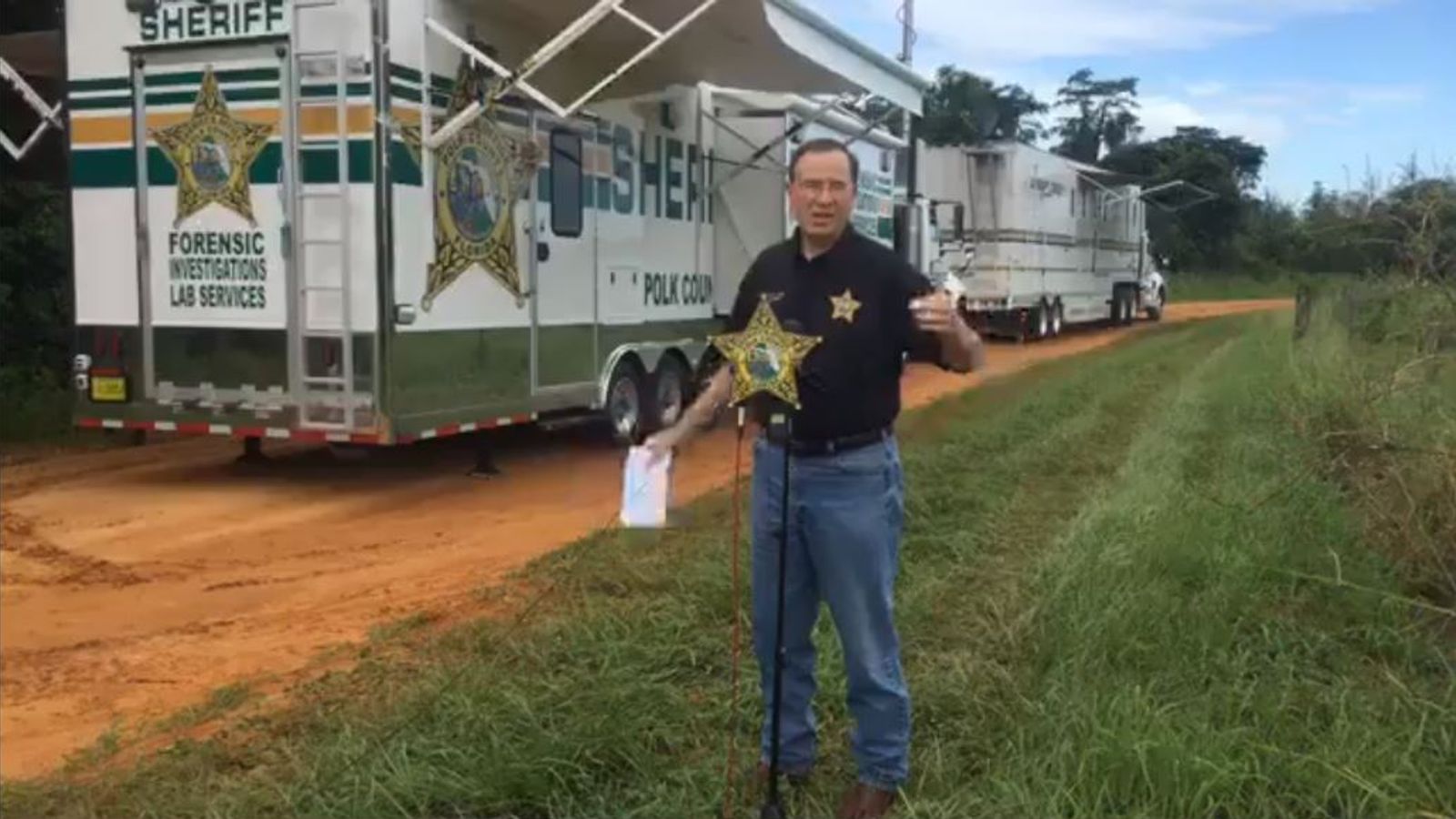 Three friends have been “massacred” after they gathered to go fishing at night by a lake in Florida.

The victims were discovered by the father of one of the men who had been able to call for help before he died.

A sheriff described it as a “horrific scene” and among the worst he had witnessed.

Investigators believe more than one person was involved in the killings, which happened around 10pm local time on Friday at Lake Streety in Frostproof.

The victims, who were attacked as they arrived at the site to catch catfish, have been named as Damion Tillman, 23; Keven Springfield, 30; and Brandon Rollins, 27, all from the Florida city.

Authorities believe Mr Tillman got there first, and when the other two arrived, they saw him being beaten. The attackers then started shooting them.

Mr Rollins was still alive when the killers left and called his father for assistance.

He drove to the fishing spot about 10 minutes away and found his son still breathing.

However he had forgotten his mobile phone in the rush to get there and so went to a nearby shop for help.

By the time paramedics arrived at the lake, Mr Rollins had died.

Polk County Sheriff Grady Judd, who has worked at the department for 48 years, said the victims had been “massacred”.

He added: “This is a horrific scene. I’ve been to a lot of murder scenes and this ranked among the worst I’ve been to.”

Sheriff Judd said the fishing spot was “as far out in the woods as you can get”.

He did not say whether authorities had identified any suspects, but said his department was offering a $5,000 (£4,000) for any information leading to the capture of the killers.

Sheriff Judd said it was too early to say if the victims knew the attackers “but our intuitiveness tells us you just don’t stumble upon somebody out here”.

He told reporters: “This is a dirt road, a clay dirt road, way out in the middle of what we call God’s country, on the way to a nice little fishing lake.

“It’s not like there’s a lot of people around here. As you can see, its cow pastures and lakes.”