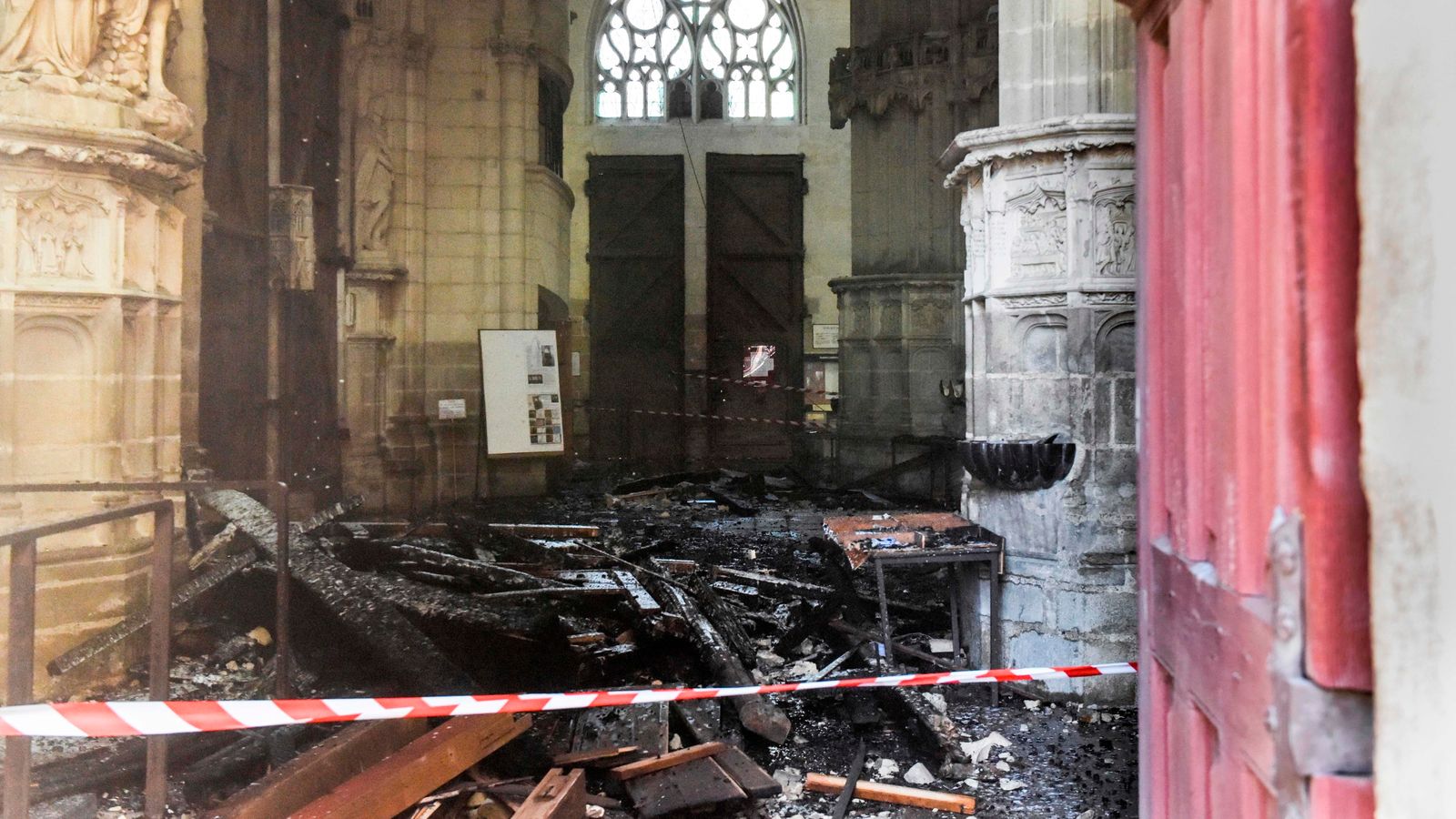 A man has been arrested in connection with a fire at Nantes cathedral that destroyed the grand organ and blew out stained glass windows.

The 39-year-old is a Rwandan refugee who worked at the 15th-Century gothic structure as a volunteer and was in charge of locking up on Friday night, TV channel LCI said.

Prosecutor Pierre Sennes said the man had been taken into custody so that alleged inconsistencies in his schedule could be examined.

An investigation for possible arson is under way. Mr Sennes said on Saturday that three fires had been started and there was no sign of a break-in.

Le Parisien newspaper said an “electric counter” may have been linked to one of the fires at the historic cathedral in western France.

Investigators are also looking at a possible short circuit, it reported.

The unnamed refugee’s lawyer Quentin Chabert said: “To my knowledge, as things stand, there is nothing that directly links my client to the cathedral fire.”

The cathedral’s rector Father Hubert Champenois told BFM TV that the man in custody had worked there for several years and he trusted him completely.

Firefighters have been picking up fragments of broken stained glass as they combed the scene for clues.

It took several hours to bring the blaze under control after it began on Saturday morning.

Flames were completely extinguished by the afternoon.