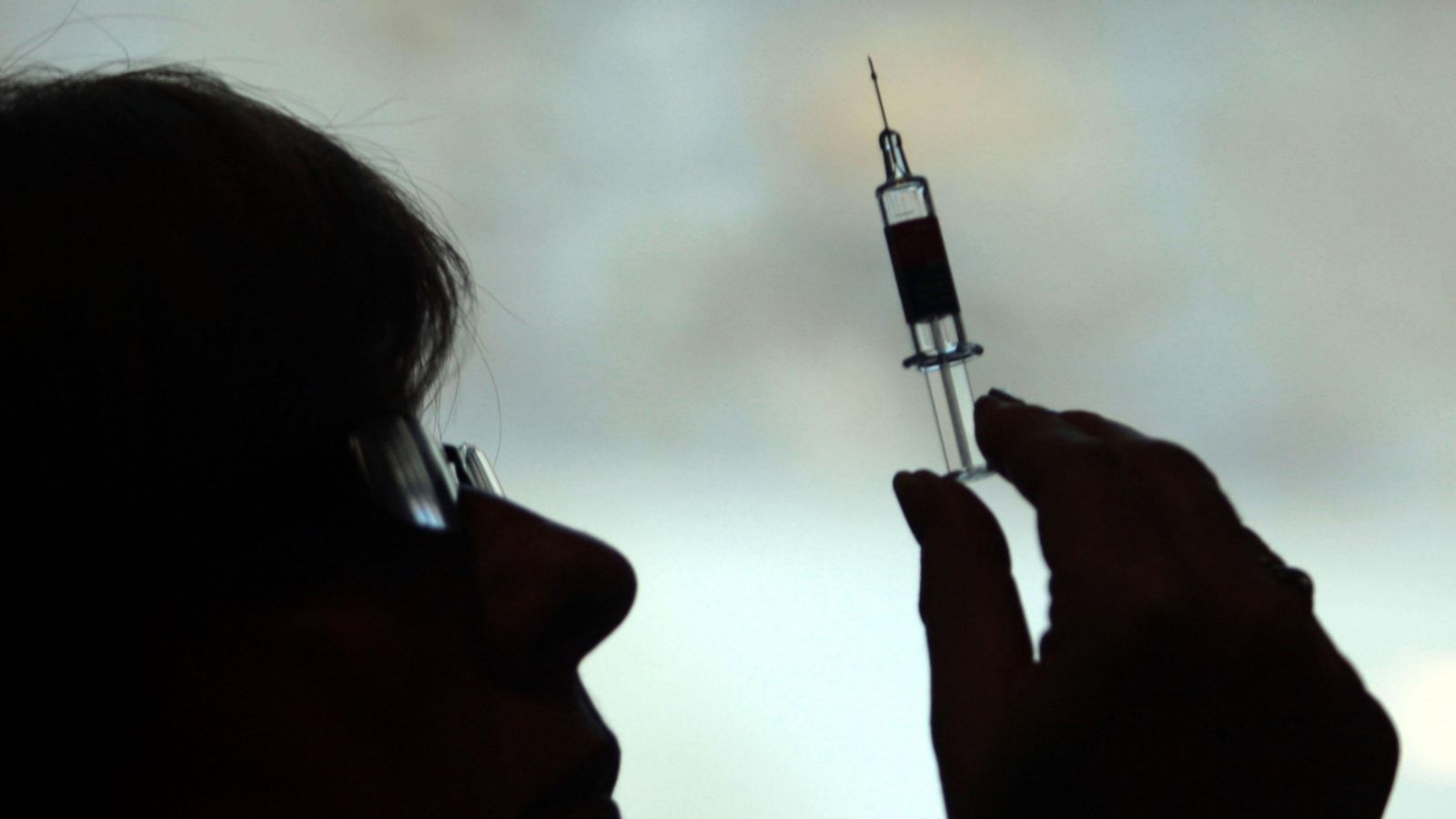 The foreign secretary has said he is “absolutely confident” Russian spies are trying to sabotage or steal UK scientists’ coronavirus vaccine research, calling the action “outrageous and reprehensible”.

Dominic Raab told Sky News it was important to call Vladimir Putin’s government out for what he called “egregious” behaviour at a time when “the world is coming together” to battle the COVID-19 pandemic.

He did not say if any information had been stolen by the hackers uncovered earlier this week by US, Canadian and British intelligence agencies.

The comments will fuel tensions with Moscow amid another criminal investigation into Russian groups the UK has accused of trying to interfere in last year’s general election.

Mr Raab said the cyber spies trying to steal virus vaccine information were engaged by the very highest levels of the Kremlin. Moscow denies the claim.

He told Sophy Ridge on Sunday: “The point is: First of all we’ve seen this as part of a wider systematic approach to cyber taken by Russia.

“And at the time that the world is coming together to try and tackle COVID-19, particularly come up with a global solution for a vaccine, I think it’s outrageous and reprehensible that the Russian Government is engaged in this activity.

“So what we’re doing with our allies is making sure people know, making sure the organisations know so that they can better defend against it, but also just calling Russia out, we will do this.

“Now you will see us holding Russia to account and making sure that the world knows the nature of the reprehensible behaviour that they’re engaged in.”

“I don’t believe in this story at all, there is no sense in it,” he told the BBC.

Mr Raab hit back, telling Sky News: “Of course he will come on and deny the attack on the R&D in relation to vaccines.

“Russia always does this when it’s behaved in such an egregious way. They denied responsibility for the Salisbury attack in 2018 and we’re calling them out.

“It’s important as with Salisbury, as with cyber attacks and the other nefarious behaviours Russia engages in, we are going to hold them to account and call them out.

“I’m not surprised in the least the Russian ambassador is wheeled out to deny it.”

Meanwhile, Labour’s shadow foreign secretary Lisa Nandy told Sky News the party “got it wrong on Russia” because the leadership under Jeremy Corbyn “prevaricated and equivocated” and let an “authoritarian regime… off the hook”.

“I believe the Conservatives have been especially slow to wake up to the threat that is posed by the current Putin administration and we should have been much quicker to act,” she said.

While the Foreign Office vows to take strong steps against the Kremlin, the government is underwriting “to a huge extent” the activities of Russian state-backed gas giant Gazprom through the UK Export Finance scheme in a “very confused approach”, she added, calling for a “much more strategic approach to Russia”.

Mr Corbyn has been put in the spotlight after the government said Russia-based hackers helped promote secret documents revealing trade deal talks between the UK and US, dramatically unveiled by the then-Labour leader in the run up to last year’s election.

He was also criticised for his approach to the Salisbury poisoning, referred to by Ms Nandy, which at the time sparked fury from Labour MPs given his apparent reluctance to directly blame Moscow for the nerve agent attack.