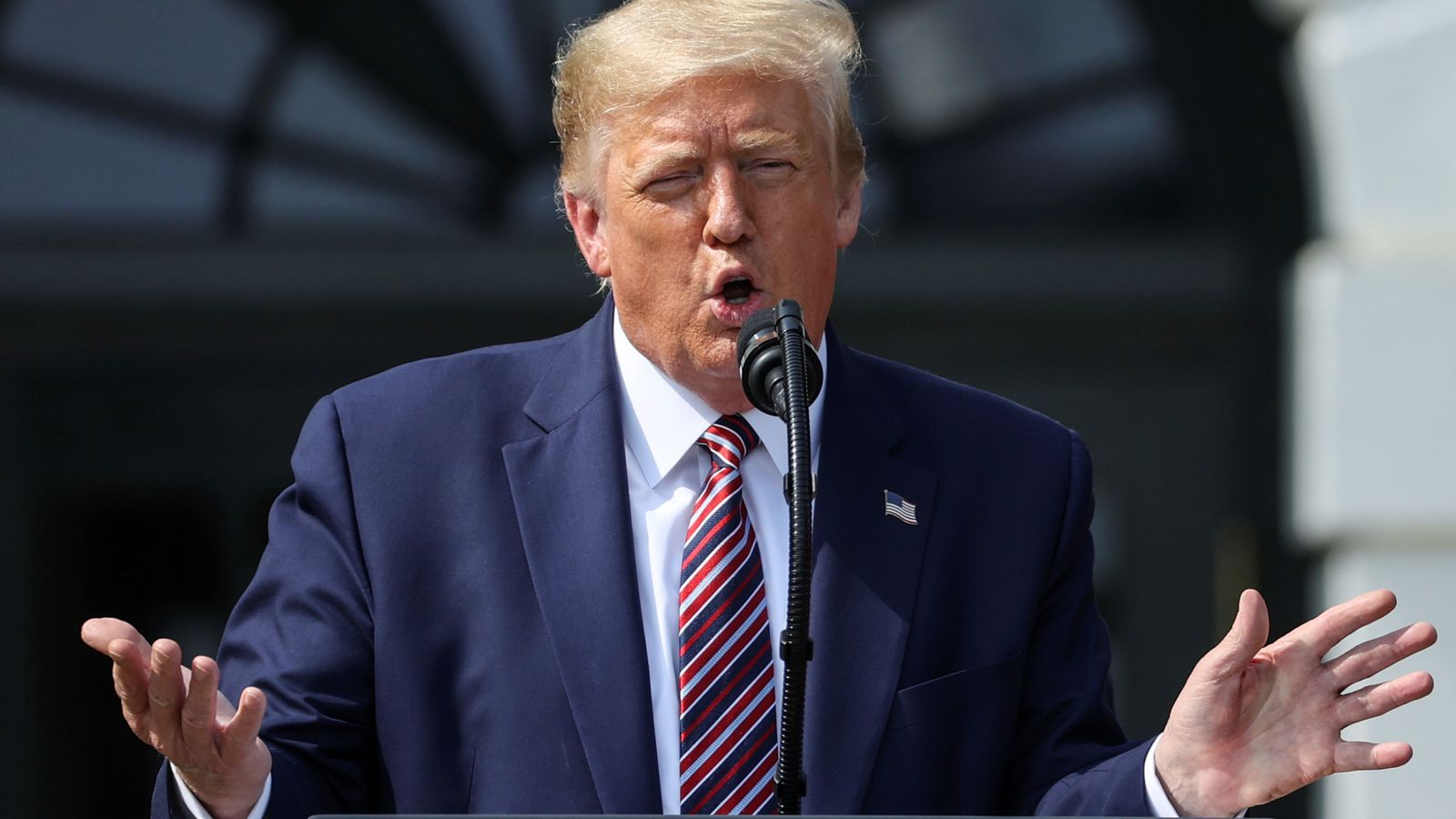 Donald Trump has said he will “be right eventually” that coronavirus will “disappear” – as he insisted a surge in cases in the US would be brought under control.

The president made the statements in a wide-ranging interview in which he also refused to say whether he would accept the result if he loses November’s presidential election.

Mr Trump said the recent spike in infections in some US states was largely down to a large number of tests being carried out.

“[It’s] because we have the best testing in the world. If we didn’t test, you wouldn’t be able to show that chart. If we tested half as much, those numbers would be down,” he told Fox News anchor Chris Wallace.

New cases have risen in the US over the past month, hitting over 70,000 per day in the last week, according to the well-respected count kept by Johns Hopkins University (JHU).

That’s higher than from mid-April through to early May, when deaths rose sharply.

Mr Trump acknowledged the rise in new infections in states such as Florida but insisted the situation would be contained.

“We have embers and we do have flames,” said the president. “Florida became more flame like, but it’s – it’s going to be under control.”

He also said he believed that the US had “maybe the lowest mortality rate anywhere in the world”.

Such a claim appears wide of the mark.

Although it’s hard to compare death rates accurately, the JHS count shows the US with more deaths as a percentage of cases than most other countries currently struggling with the pandemic.

The president was also played a series of clips in the interview, showing his statements from earlier in the crisis.

They included a comment from January in which he said: “It’s one person coming in from China”, and on 1 July when he said: “I think that at some point that’s [coronavirus] going to sort of just disappear. I hope.”

Mr Trump said such statements did not discredit his handling of the crisis.

President Trump also denied there was a plan to discredit top infectious diseases expert Dr Anthony Fauci – who has often appeared alongside him at press conferences.

“Dr Fauci’s made some mistakes,” said the president.

However, when pushed, Mr Trump said the diseases expert was a “little bit of an alarmist”.

It comes after officials put out a list of statements made by Dr Fauci on the outbreak, which it said later turned out to be wrong.

Mr Trump put the release down to “one man from my administration [who] doesn’t like him because he made a few mistakes”.

Dr Fauci has warned the increase in states such as Texas, Florida, Arizona and California “puts the entire country at risk” and that new infections could reach 100,000 a day if more people don’t start wearing masks and stick to social distancing.

More than 140,000 people have died with the coronavirus in the US and there have been over 3.7 million confirmed cases, according to JHU figures.

That’s nearly twice as many as the second-placed country, Brazil, which has nearly 79,000 and just over two million respectively.

Mr Trump’s response to the pandemic will be a key issue in the presidential fight against Democrat challenger Joe Biden.

However, the president refused to confirm that he would concede defeat if he loses to Mr Biden – who he called “incompetent” and “mentally shot”.

“What I’m saying is that I will tell you at the time. I’ll keep you in suspense. OK?” said the president.

When asked if he would be gracious in defeat, he said: “You don’t know until you see. It depends. I think mail-in voting is going to rig the election. I really do.”

With just over three months to the election, Mr Trump last week replaced his campaign manager. There was speculation it was prompted by a low turnout at a campaign rally in Oklahoma in June.