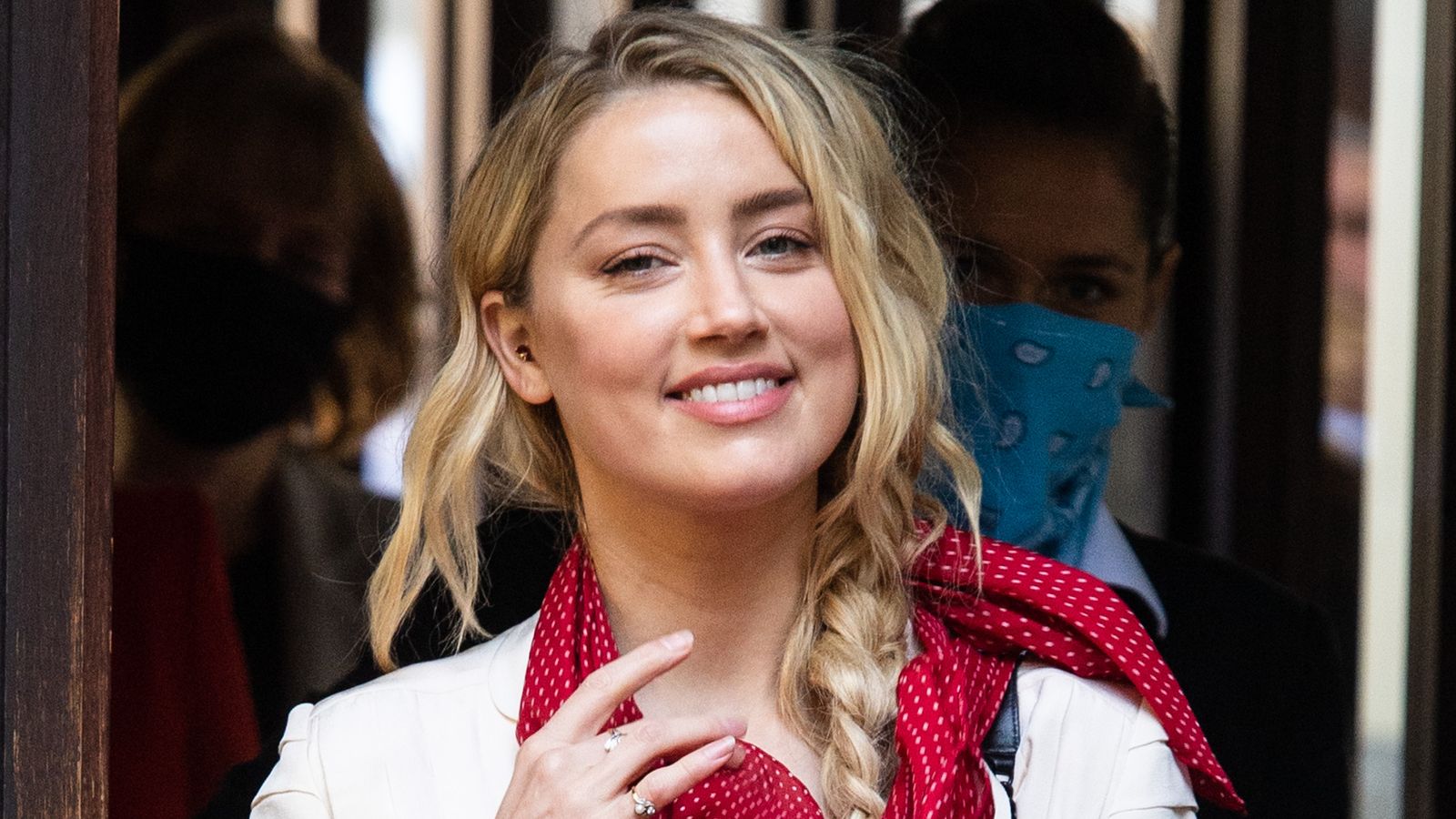 Amber Heard says Johnny Depp told her the only way out of their marriage “was death”, and refuted claims he ever asked her to sign a pre-nuptial agreement, a court has heard.

In a statement given at the High Court in London, the actress, model and activist also alleges that Depp threatened to kill her multiple times.

It was the 32-year-old’s first day giving evidence in the three-week libel trial. Depp, who finished giving evidence last week, watched proceedings from the public gallery.

Heard was cross-examined by Eleanor Laws QC, representing Depp, who asked about an alleged argument between the couple over the marriage contract.

The couple married in February 2015 but Heard says she was not asked to sign any agreement.

Heard told the court that Depp was accusing her of having an affair with a co-star at this time and that’s what the row was about.

She said Depp: “Didn’t want to be the bad guy, so he would make it about other people… Johnny would say that’s what Christi wants.”

Heard says the Pirates Of The Caribbean actor told her “time and time again” that he would “rip it up” and that the only way out of their relationship “was death”.

Heard said she was never interested in Depp’s money, and is financially independent.

In her initial statement, which was provided to the court, Heard also alleges that Depp threatened her life.

The document reads: “As I talk about in this statement, some incidents were so severe that I was afraid he was going to kill me, either intentionally or just by losing control and going too far.

“He explicitly threatened to kill me many times, especially later in our relationship.”

The court heard a medical report for Heard, which stated that the actress had “an addiction to cocaine”. Heard refuted this.

Heard said she has taken the prescribed drug Provigil for much of her adult life, to treat narcolepsy and sleep pattern disruption.

She also admitted taking MDMA and mushrooms on a few specific occasions.

However, Heard said that Depp’s physician, Dr Kipper, had provided many additional drugs to her.

She told the court: “Johnny’s doctor had me on a long list of medications.” She says this was in order “to keep me sedated”.

Heard was asked about an earlier witness, security officer Starling Jenkins, who told the court last week that he saw her vomiting in a car park during the Coachella Festival.

The actress attended the music and arts festival in the Colorado Desert with her sister and a group of friends shortly after celebrating her 30th birthday.

Heard says it was in fact her sister and that he must have got them mixed up. Earlier in the hearing, Mr Jenkins insisted he was certain it was Amber Heard whom he saw vomiting.

A medical note from the trip said Heard was “high for 24 hours straight”. Heard denied this, but said she spent 24 hours in bed.

Heard also alleged that Depp was “controlling” during their relationship, giving an example of a time she alleges the actor took her vintage Ford Mustang without asking, and didn’t return it to her for three-and-a-half years.

Heard she had to be driven by his staff and that this was a way of “controlling her”.

Ms Laws QC put it to her that this was not a good example of Depp’s “controlling behaviour” as Heard was able to “get out and about” by other means too.

Heard told the lawyer she wasn’t driven around by staff all the time, adding: “You pick your battles.”

The actress has provided seven witness statements to the court in total, detailing acts of physical, verbal and mental violence she alleges she suffered at the hands of Depp between 2011 and 2016.

Heard is not a party to a claim in this case, but is the star witness for The Sun. Depp is suing the newspaper for libel after it referred to him as a “wife-beater” in a 2018 article written by Dan Wootton.

Depp is suing Heard in separate libel proceedings in the US over a December 2018 column she wrote in the Washington Post.