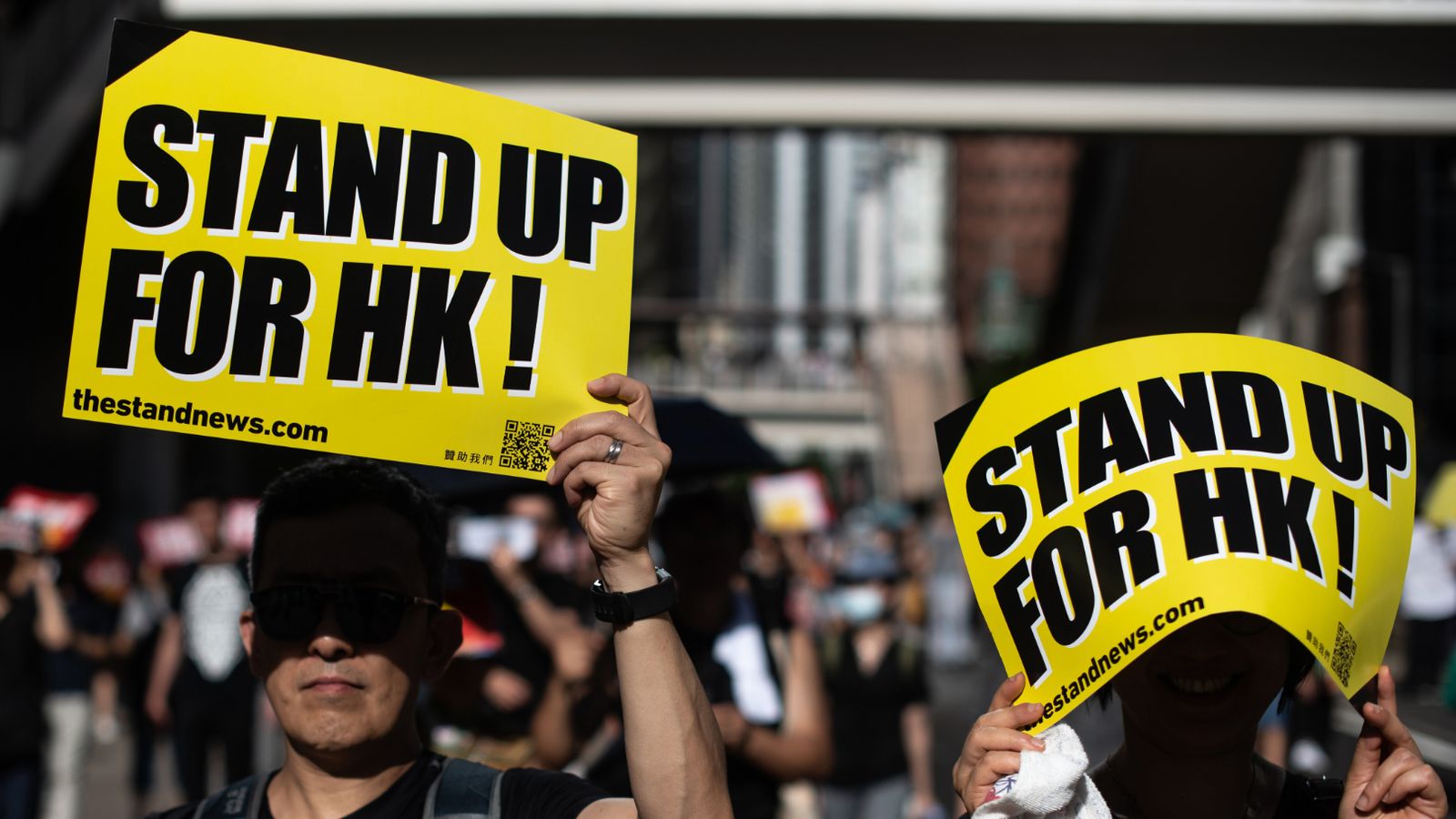 The UK has suspended an extradition treaty with Hong Kong following the imposition of controversial new security laws on the territory by China.

Foreign Secretary Dominic Raab announced the “necessary and proportionate” measure in a statement to the House of Commons on Monday.

The UK will also extend to Hong Kong the arms embargo it has applied to mainland China since 1989, Mr Raab said.

“The extension of this embargo will mean there will be no exports from the UK to Hong Kong of potentially lethal weapons, their components or ammunition,” the foreign secretary told MPs.

“It will also mean a ban on the export of any equipment – not already banned – which might be used for internal repression; such as shackles, intercept equipment, firearms and smoke grenades.”

Extradition treaties are signed between countries or territories to speed up the deportation of suspected criminals.

After Beijing imposed the controversial new security law in Hong Kong, there had been calls for the UK rescind its arrangement.

Suspending the treaty means British authorities can no longer ask Hong Kong to hand suspected criminals over to face justice, while Hong Kong officials cannot ask for individuals to be handed over to them by the UK.

“We would not consider reactivating those arrangements unless and until there are clear and robust safeguards which would prevent extradition from the UK being misused under the new national security legislation,” he added.

The US is expected to follow suit in the coming days.

There are fears the new Chinese security law will undermine Hong Kong’s freedom and is aimed at quashing defiance against the mainland.

The imposition of the law has “significantly changed” the understanding on which the UK’s extradition treaty with Hong Kong is based, Mr Raab told MPs.

He said he was particularly concerned about parts of the legislation that give mainland Chinese authorities the ability to assume jurisdiction over certain cases and to try those cases in mainland Chinese courts.

“There remains considerable uncertainty about the way in which the new national security law will be enforced,” Mr Raab added.

“I would just say this: the UK is watching and the whole world is watching.”

Yet, in the beginning to his statement, Mr Raab stressed the UK government still wants a “positive relationship” with China.

“There is a huge amount to be gained for both countries, there are many areas where we can work productively, constructively to mutual benefit together,” he said.

In its initial response to China’s imposition of the new security law, the government had already offered a route to British citizenship for nearly three million people living in Hong Kong.

The UK’s suspension of the extradition treaty is set to further sour relations with China, as it comes after the government’s decision last week to block Huawei from Britain’s 5G networks.

Prime Minister Boris Johnson said there was a “balance” to be struck in the UK’s relationship with Beijing.

“I’m not going to be pushed into a position of becoming a knee-jerk Sinophobe on every issue, somebody who is automatically anti-China,” he said.

“But we do have serious concerns.”

Labour’s shadow foreign secretary Lisa Nandy called for a “new era” in the UK’s relationship with China and an “end to the naivety” of what former prime minister David Cameron once dubbed a “golden era” in the two countries’ bonds.

She also suggested ministers could ban Communist Party of China officials from the UK.

On Tuesday, US Secretary of State Mike Pompeo – who had been urging the UK to take stronger action on Huawei – is due to hold talks with Mr Johnson and Mr Raab in London.

He is also set to speak with backbench Conservative MPs who have been pushing the government to take a hard line on China.