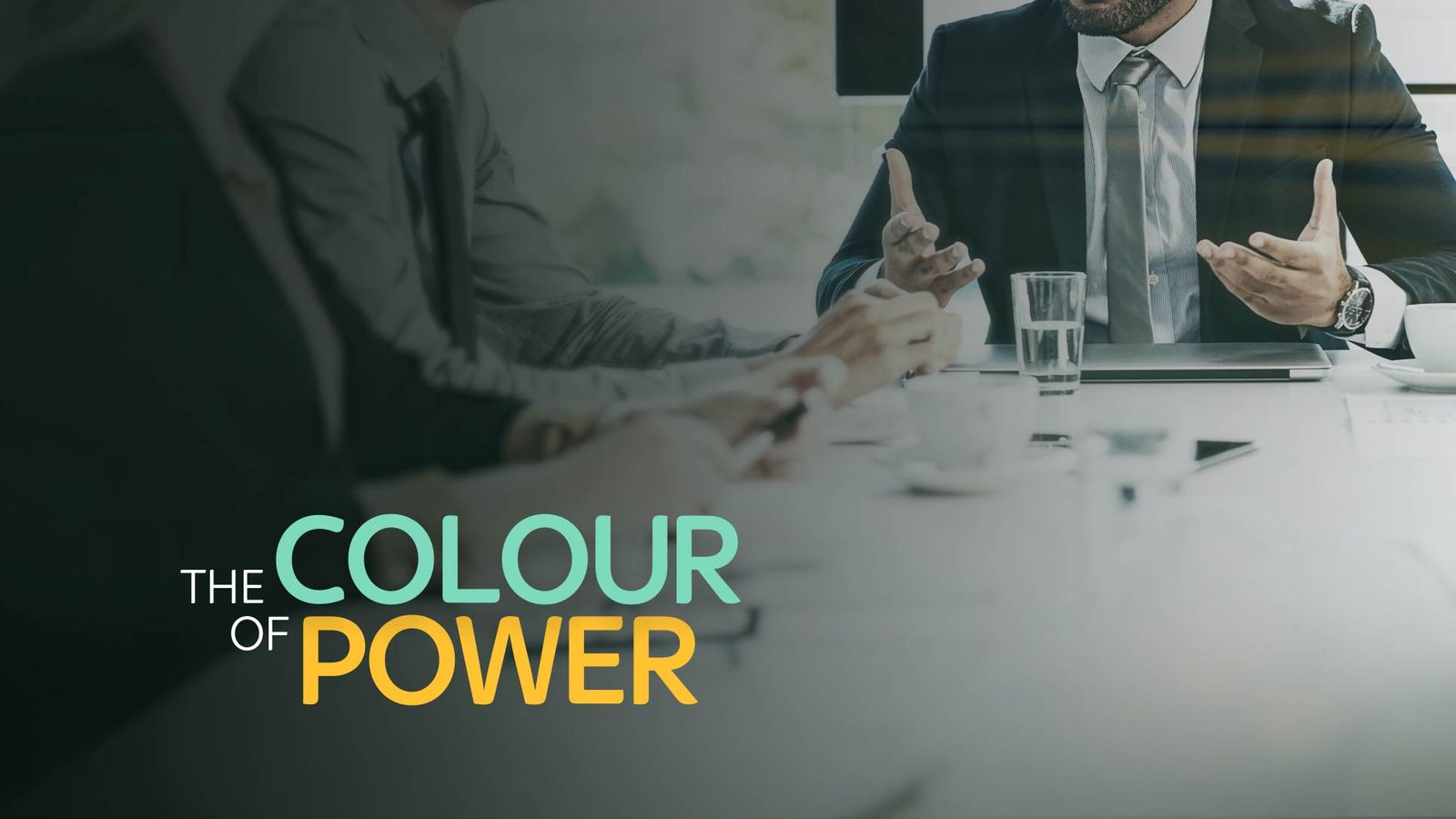 Just 51 of the top 1,097 workplace roles in the UK are held by black and minority ethnic (BAME) people, data shared exclusively with Sky News shows.

That amounts to just 4.6%, despite the fact that BAME groups make up 14% of the population.

The figures also show that ethnic minority women are particularly poorly represented, taking up only 10 of the top positions.

The data, compiled by the consultancy and research company Green Park, lists the people in the most senior roles across 39 categories.

They include senior leadership positions across central and local government, public bodies, police and security, the private sector, education, sports and charities.

It’s vital, you know. How are we going to attract the best talent across the country, if you can’t see and hear people who represent you and your community?

Farrah Storr, editor of the UK edition of Elle magazine.

Storr and Mann are two of just 10 BAME women among the most powerful people in the UK. They make up 1% of the country’s elite, although females from ethnic minorities account for 7% of the population.

We’ve broken these top level positions down into eight sectors.

There’s only one BAME senior leader in the sectors of law, police and security and in the arts, culture and sport groups.

The group with the highest BAME representation is education and charities, with 10% of leaders from ethnic minorities (6 out of 60). They are followed by politics (21 out of 310) and the media and advertising sector (5 out of 76), with 7% BAME leaders.

In business and finance, BAME people represent 5% (7 out of 155). This group contains 98 members of the FTSE 100. Of these only two are led by BAME people, and there are only 5 women.

This contrasts with around a third of women in public service, politics and media and advertising.

But women are also underrepresented in all of the sectors. They hold 26% of the top positions, compared to 51% of the population.

Perminder Mann was born into a working class Indian family. She was one of eight children living in a three-bedroom house in west London.

She became the CEO of major publisher Bonnier Books UK in 2017.

“One of the challenges I’ve had throughout my whole career, I mean, even to this day, is imposter syndrome,” she said.

“I can’t change the colour of my skin, I’m not going to change that I’m a woman. I can’t change what class I am and I don’t want to either, I’m very proud of who I am and where I come from. If I have to work doubly hard, well then so be it.

“I’m here now and I’m reaping the rewards of that and I’m going to help others now to do the same.”

As editor of Elle Magazine, Farrah Storr feels a similar weight of responsibility to empower young women of colour to enter the media.

Coming from a mixed race family, with a Pakistani father, she says a media job just wasn’t on her radar growing up

“I read magazines, I loved magazines, but I just never saw anybody in positions of power there who not only looked like me but sounded like me, with a regional accent,” she said.

She believes change will be hard, but it’s coming.

“It’s very difficult to look inward and to critique yourself, but I think what’s happening in culture and society at the moment, I think people, particularly in the media, don’t have a choice anymore,” she said.

“They have to get with the programme.”

Some categories are particularly unrepresentative of the diversity of their workforce.

The NHS workforce is over 20% BAME, but across the top 50 NHS trusts only 6% (three out of 50) senior leaders are from ethnic minorities – and there are no BAME CEOs.

There are currently no BAME CEOs at either of the top arts and culture institutions or the national governing bodies of sport.

In total, there are no leaders from ethnic minorities in 15 of the 39 departments analysed, and 12 of them have only one BAME person represented at the top.

In the police, defence and security sector, Hardyal Dhindsa is the only ethnic minority leader.

He started his career in the probation service before being elected police and crime commissioner for Derbyshire in 2016.

“If you don’t reflect the communities you serve, you will not have the trust, the confidence and the cooperation of those communities,” he said.

“We need cooperation trust and confidence and that only happens when the people policing you reflect you. We can do more, we can do better and this is the moment to start doing it.”

Within the BAME umbrella, black people are also very underrepresented.

Only 16 people on the list are black and just two of those are women. This means that 1.5% of the country’s senior leaders are black.

Three of those 16 people are leaders in the private sector, with the majority in politics.

Segun Osuntokun is a managing partner of BCLP, one of the top 20 law firms on the list. He lived in Nigeria until the age of 15.

“It wasn’t until I came to school in England, that being told that I was black meant something that was meant to be limiting,” he said.

“When you talk to black people about their experiences, whether it’s being mistaken for a defendant when they go to court as a barrister or when they walk into an office and they are assumed to be somebody other than a lawyer.

“There are so many levels at which there is a presumption that this is not your place.”

The situation has barely improved since 2017, when this research was first conducted, with just 15 new positions being held by people from ethnic minorities.

Any improvements made have been concentrated in just a third of the institutions analysed.

Twelve of the categories have increased the number of BAME leaders, while five of them have seen their representation go down.

Twenty-two have seen absolutely no improvement in diversity at leadership level since this research was last conducted three years ago.

Female representation has increased in the past three years, but women are also still not accurately represented in positions of power.

They currently make up just 26% of the country’s most institutionally powerful positions, despite women making up half the population.

Almost half of the institutions – 18 out of 39 – improved gender representation across their top levels since 2017, while 13 of them have remained the same and nine have lost top women.

Women remain extremely underrepresented in the areas of business and finance. Only five of the FTSE 100 companies analysed have female CEOs – that is just 2% of the 98 members – and there are no female manager partners among the top law firms used for the study, nor among the managers of the Premier League.

For those who compiled the list, it is an unacceptable state of affairs.

Raj Tulsiani, CEO of Green Park, said: “There’s been so much noise but no change.

“If we’re unable to deal with a more diverse society in a way that’s fairer, that society will continue to fragment and that’s an issue for everybody – and for the economy given the situation we’re in post-COVID-19 and Brexit.

“This isn’t nice to have anymore, it’s not about finding leaders who think the same but look different. It’s not about ticking boxes. It’s about each organisation realising that their future will be different.”

Data was compiled by Green Park and its methodology is disclosed here.

Sky News has divided the 39 institutions in the following sectors:

Police, defence and security: chief constables, heads of the intelligence agencies, members of Defence Council for the Armed Forces, police and crime commissioners.