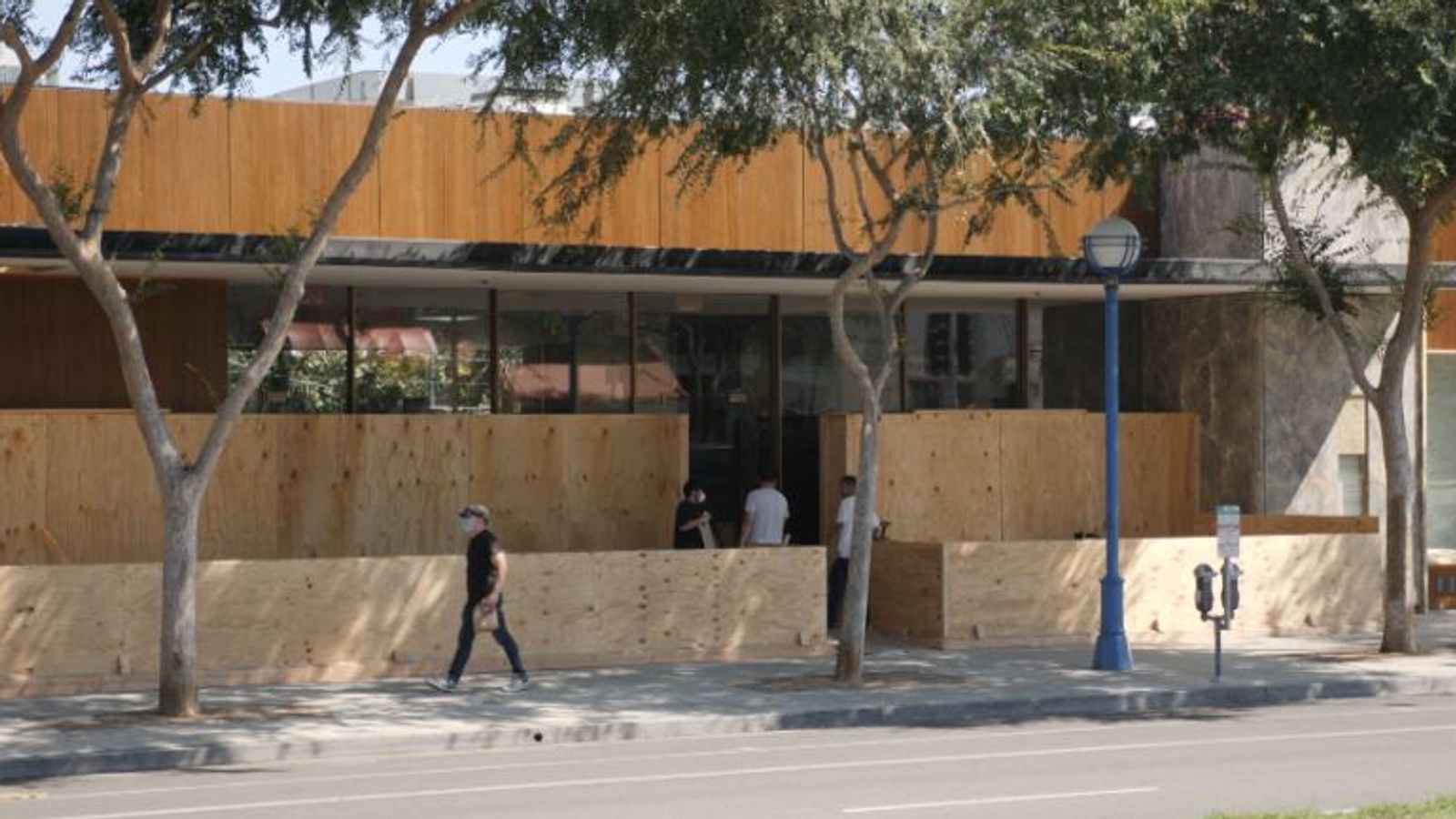 The spectre of a new stay-at-home order haunts the streets of West Hollywood.

The small city of 30,000 people, squeezed between Los Angeles and Beverly Hills, is experiencing the same dramatic surge in coronavirus cases as the rest of its neighbours.

And, four months after officials in LA were among the first in the country to order residents to stay at home and businesses to close, they are warning they might have to do it again.

It casts Los Angeles, and California in general, as the place that appeared to have headed off the worst of the outbreak but now sees an alarming resurgence.

Business leaders in West Hollywood say as many as half of all companies in the city are struggling to survive the impact of the shutdown and that new restrictions would be catastrophic.

“Safety is of course an absolute priority but the shutdowns are unacceptable and they’re unacceptable because it’s like taking a sledgehammer to a fly,” said Nick Rimedio, chairman of the West Hollywood Chamber of Commerce.

“It creates a toxic environment for the business community to the point where in a few years we’re not going to have small businesses and all those jobs.”

Police in West Hollywood have now started issuing citations – starting with fine of $300 (£236) for first time offenders – to those refusing to wear face masks in public.

Los Angeles County Sheriff’s Department Captain Edward Ramirez said: “We’re not looking to ruin anyone’s day, we’re not looking to fine you into oblivion but we want to garner your attention. As with most Americans, a fine makes people more apt to follow the rules.”

West Hollywood is known for being the heart of LGBTQ Los Angeles.

The fear and uncertainty around COVID-19 has brought back memories of the HIV/AIDS outbreak in the 1980s for hardware shop owner Russ Wilson.

The empty streets outside of his shop, he says, are ominous for the businesses at risk.

“It’s tough, I really feel sorry for them, a lot of them are friends of mine. I’ve been here 43 years I know a lot of people in the community and it is devastating to see them going through what they’re going through.”

Since then he has adapted his business practices to stay open but worries about new restrictions.

“I’m afraid,” he said. “We don’t know if, how, when. We open the doors but don’t know if we can run the business today.”

He also sees the pandemic have a fundamental effect on how people live their lives.

“People who passed through the Second World War, even if they have a lot of money now, they don’t waste food, they don’t leave the lights on because it makes them feel bad because they have been though uncertain times.

“It will be the same for our generation. The kids will be affected for all their lives, afraid of germs, contamination, crowded rooms. We need to figure this out, how to make money and still run a business.”