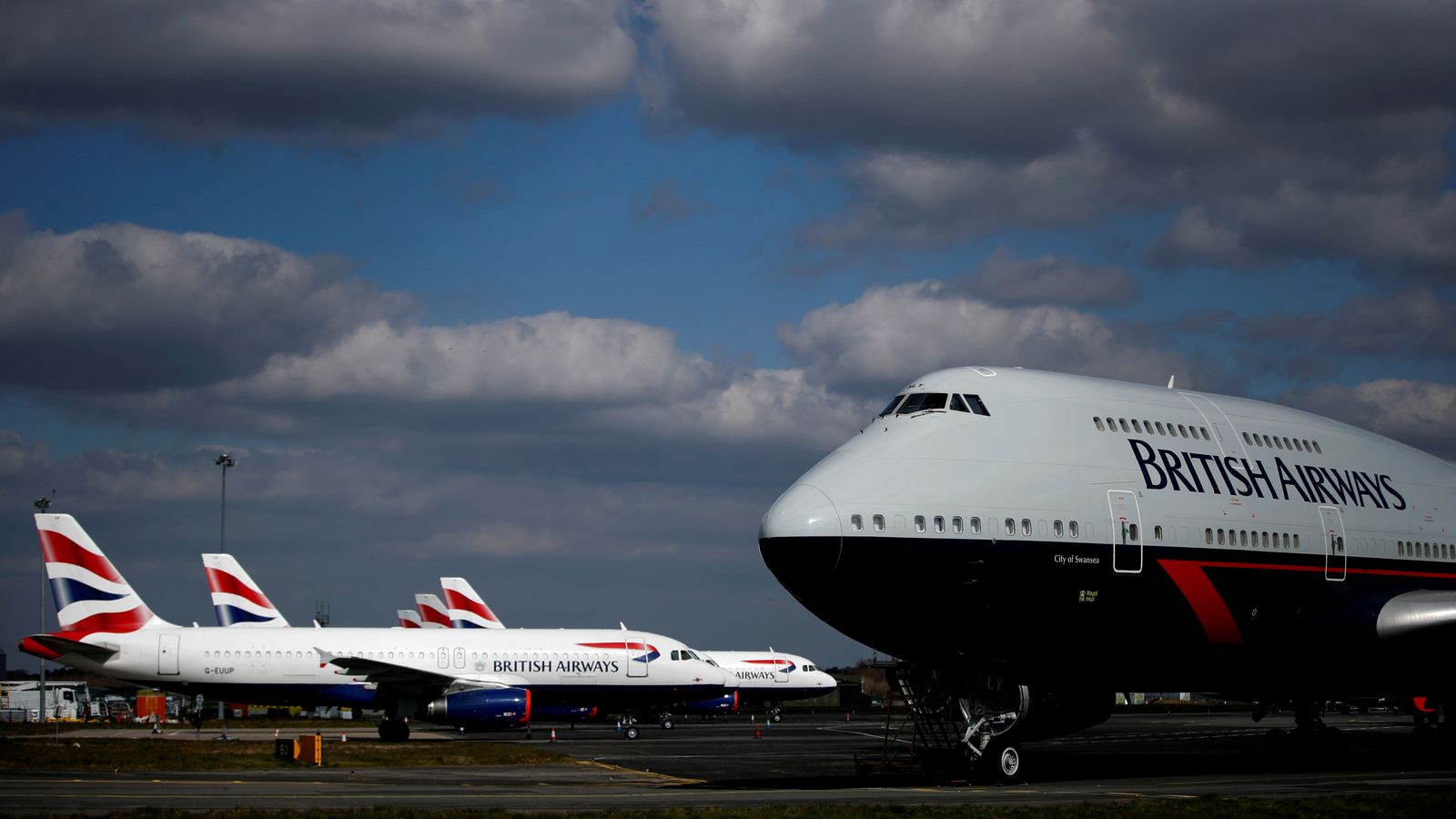 The UK pilots’ union says it is reluctantly recommending its members at British Airways (BA) accept a deal to avert more than 1,200 job losses.

BALPA said an agreement, following almost three months of negotiations with the airline, was the best that could be achieved and still result in about 270 compulsory redundancies.

Sky News revealed in April how BA was expecting to cut a quarter of its 4,300 pilots as chief executive Alex Cruz sought to “reshape” the carrier for life after the coronavirus crisis.

Up to 12,000 staff across the business faced losing their jobs unless they agreed new terms, under what was dubbed “fire and re-hire” by critics, as the airline industry does not expect to achieve pre-pandemic passenger demand again until 2023 at the earliest.

BALPA said the pilot package it had agreed included pay cuts of 20%, which would reduce to 8% within two years, voluntary part-time working and a “holding pool” of 300 pilots ready to return to work as operations accelerate.

Its general secretary, Brian Strutton, said: “It is hugely disappointing that during our extensive negotiations British Airways would not accept the full package of mitigations we put forward which would have avoided any job losses at all, and at no cost to BA.

“As a result there will be some compulsory redundancies amongst the pilot community and that is a matter of huge regret.

“Given BA’s intransigence we have put together the best package we can to save as many jobs as possible.”

BALPA said the pilot ballot on the deal would close on 30 July.

The airline responded: “We know this has been an incredibly difficult time for our pilot community, and we would like to thank BALPA’s representatives for their hard work and tireless effort to engage and find solutions to save as many pilot jobs as possible.”