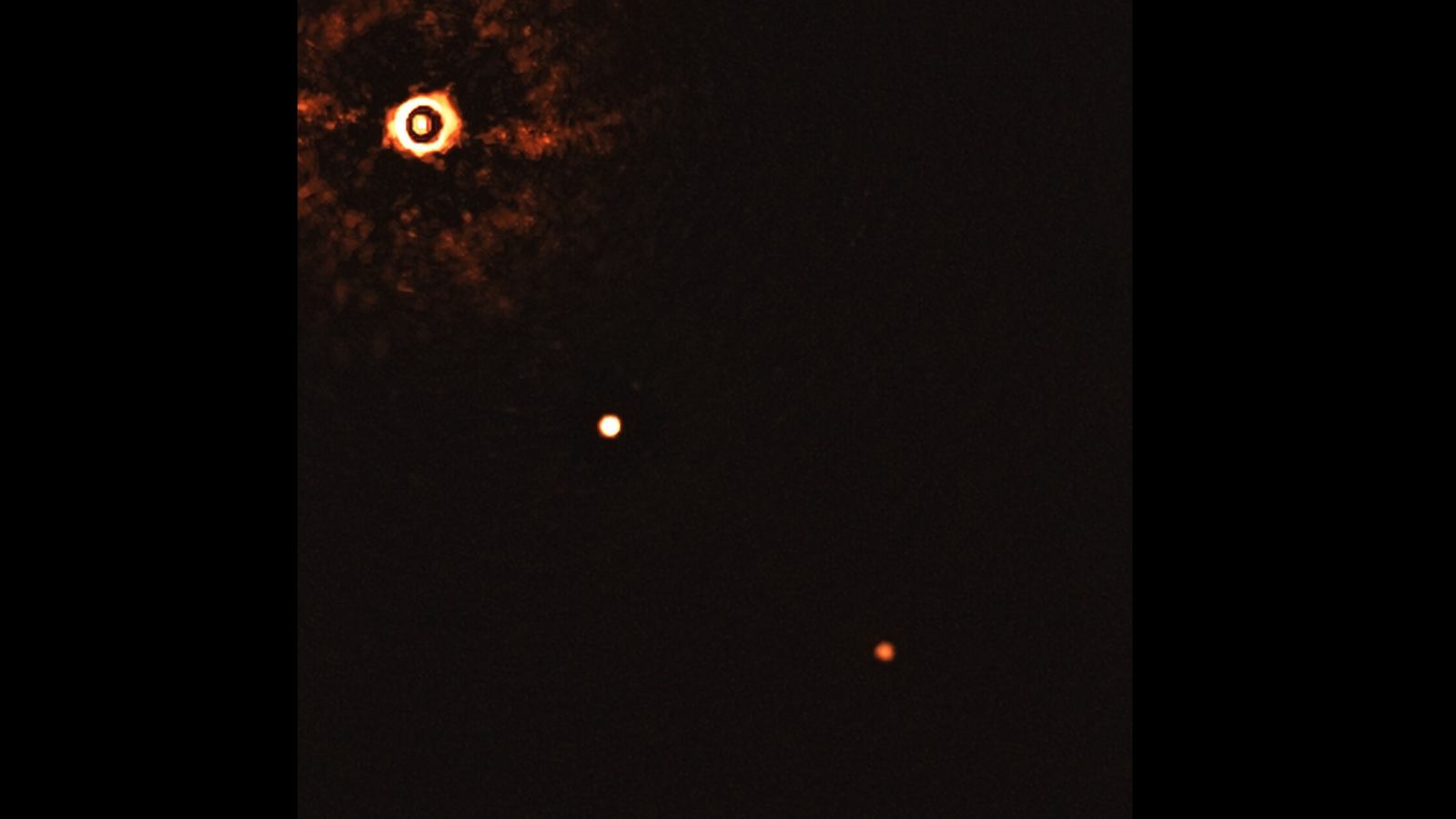 Scientists at the European Southern Observatory have taken the first ever direct photograph of a sun-like star accompanied by two giant exoplanets.

The image was captured by the Very Large Telescope (VLT) in Chile which has has one of the most sophisticated planet-hunting instruments in existence, known as SPHERE.

Capturing a direct image of a distant star system with multiple planets is extremely rare, and until now astronomers had never seen more than one planet orbiting a star like our own sun.

Back in 2018, SPHERE, or Spectro-Polarimetric High-contrast Exoplanet REsearch, captured the first confirmed image of a newborn planet, forming around a young dwarf star 370 light years away.

Now, using the same instrument, the team has captured another first, showing two exoplanets orbiting a star known as TYC 8998-760-1.

“This discovery is a snapshot of an environment that is very similar to our solar system, but at a much earlier stage of its evolution,” said Alexander Bohn, a PhD student at Leiden University in the Netherlands.

Mr Bohn led the new research which is published today in the Astrophysical Journal Letters.

“Even though astronomers have indirectly detected thousands of planets in our galaxy, only a tiny fraction of these exoplanets have been directly imaged,” said co-author Dr Matthew Kenworthy.

“Direct observations are important in the search for environments that can support life,” Dr Kenworthy added.

Astronomers have only ever directly photographed two systems which contain two or more exoplanets orbiting the same star – and the stars in both of these cases have been dramatically different from our own.

“Our team has now been able to take the first image of two gas giant companions that are orbiting a young, solar analogue,” added Dr Maddalena Reggiani.

The two planets can be seen in the image as two bright points of light distant from their parent star, which is located in the upper left of the frame.

They are gas giants orbiting their host star at distances of 160 and about 320 times the distance between Earth and the sun – placing them much further away from their star than either Jupiter or Saturn.

According to the researchers, the two exoplanets are also much heavier than the ones in our solar system, the inner planet having 14 times Jupiter’s mass and the outer one six times.

They were found as Mr Bohn’s team searched for young, giant planets around stars similar to our own – but far younger.

The star TYC 8998-760-1 is just 17 million years old, whereas our sun is 4.6 billion years old. It is located in the southern constellation of Musca (The Fly), and Mr Bohn describes it as a “very young version of our own Sun.”