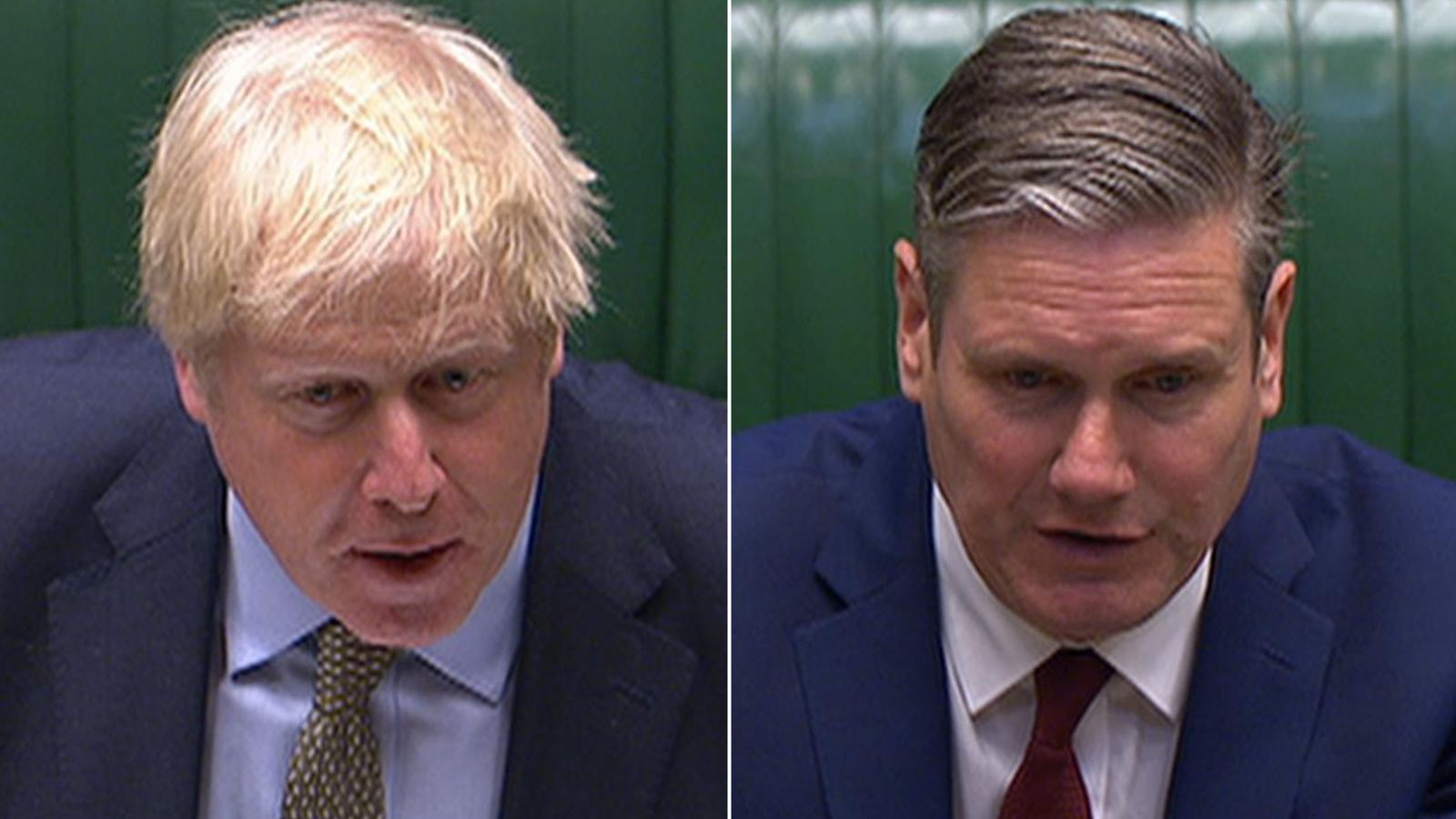 Boris Johnson has told MPs there was “no smoking gun” in the Russia report, as Sir Keir Starmer claimed the prime minister “sat on” the “extremely serious” document.

The Intelligence and Security Committee’s report into the threat posed by Moscow to UK democracy dominated exchanges between the PM and Labour leader at the final PMQs before the summer recess.

Mr Johnson accused “Islingtonian Remainers” of seizing on the report to cast doubt over the vote for Brexit.

Sir Keir told MPs the report demonstrated that Russia “poses an immediate and urgent threat to our national security” and is engaged in “espionage, interfering in democratic processes and serious crime”.

Noting that the ISC first sent its report to the PM 10 months ago, the Labour leader asked: “Given that the threat is described as immediate and urgent why on earth did the prime minister sit on that report for so long?”

Mr Johnson hit back, saying when he was foreign secretary he took “the strongest possible action” against Russia over the 2018 Salisbury poisonings.

The PM claimed that Sir Keir “sat on his hands and said nothing while the Labour Party parroted the line of the Kremlin when people in this country were poisoned at the orders of Vladimir Putin”.

The allegation was disputed by the Labour leader, who told the Commons he “stood up and condemned what happened in Salisbury”.

The ISC’s report said the government was slow to realise the danger posed by Russia to British democratic processes and did not properly consider whether Moscow could interfere in the 2016 EU referendum until after the vote.

Ministers “did not want to know” and “actively avoided looking for evidence”, SNP MP and committee Stewart Hosie claimed.

The report described claims of Russia attempting to meddle in the 2014 Scottish independence vote as “credible” in “potentially the first post-Soviet Russian interference in a Western democratic process”.

In the wake of its release, Downing Street has promised to give the security services extra powers to fight foreign interference, including introducing a “register of foreign agents”.

Sir Keir said ministers knew about the need to give the security and intelligence agencies greater powers 18 months ago but did not act.

“The prime minister sat on this report for 10 months and failed to plug a gap in our laws on national security for a year-and-a-half,” he said.

The Labour leader told the PM: “The government has taken its eye off the ball – arguably it wasn’t even on the pitch.”

In response, Mr Johnson said: “This government is bringing forward legislation, not only a new Espionage Act, not only new laws to protect against theft of our intellectual property but also a Magnitsky Act directly to counter individuals in Russia or elsewhere who transgress human rights.”

The PM claimed there was “no country in the Western world that is more vigilant in protecting the interests of this country or the international community from Russian interference”.

Mr Johnson said MPs should be “in no doubt what this is really all about”.

“This is about pressure from the Islingtonian Remainers who have seized on this report to try to give the impression that Russian interference was somehow responsible for Brexit,” the PM claimed.

“The people of this country didn’t vote to leave the EU because of pressure from Russia or Russian interference, they voted because they wanted to take back control of our money, our trade policy and our laws.”

In response to a question from Labour MP Ben Bradshaw, the PM reiterated his argument.

“What you have here is the rage and fury of the Remainer elite, finding that there is in fact nothing in this report and no smoking gun,” he said.

He called for action against “Kremlin-backed disinformation” and highlighted the operations of the channel Russia Today in the UK.

The PM said the Labour leader should have called out his predecessor Jeremy Corbyn “when he took money for appearing on Russia Today”, adding: “The leader of the opposition has more flip-flops than Bournemouth beach”.

:: Listen to Polonium and the Piano Player on Apple Podcasts, Spotify, Spreaker or wherever good podcasts are listened to

Mr Johnson’s father Stanley has previously appeared on the channel.

Responding to the PM’s flip-flops jibe, the Labour leader said: “Pre-prepared gags on flip-flops – this is the former columnist who wrote two versions of every article ever published.

“In case the prime minister hadn’t noticed, the Labour Party is under new management and no frontbencher of this party has appeared on Russia Today since I’ve been leading this party.”