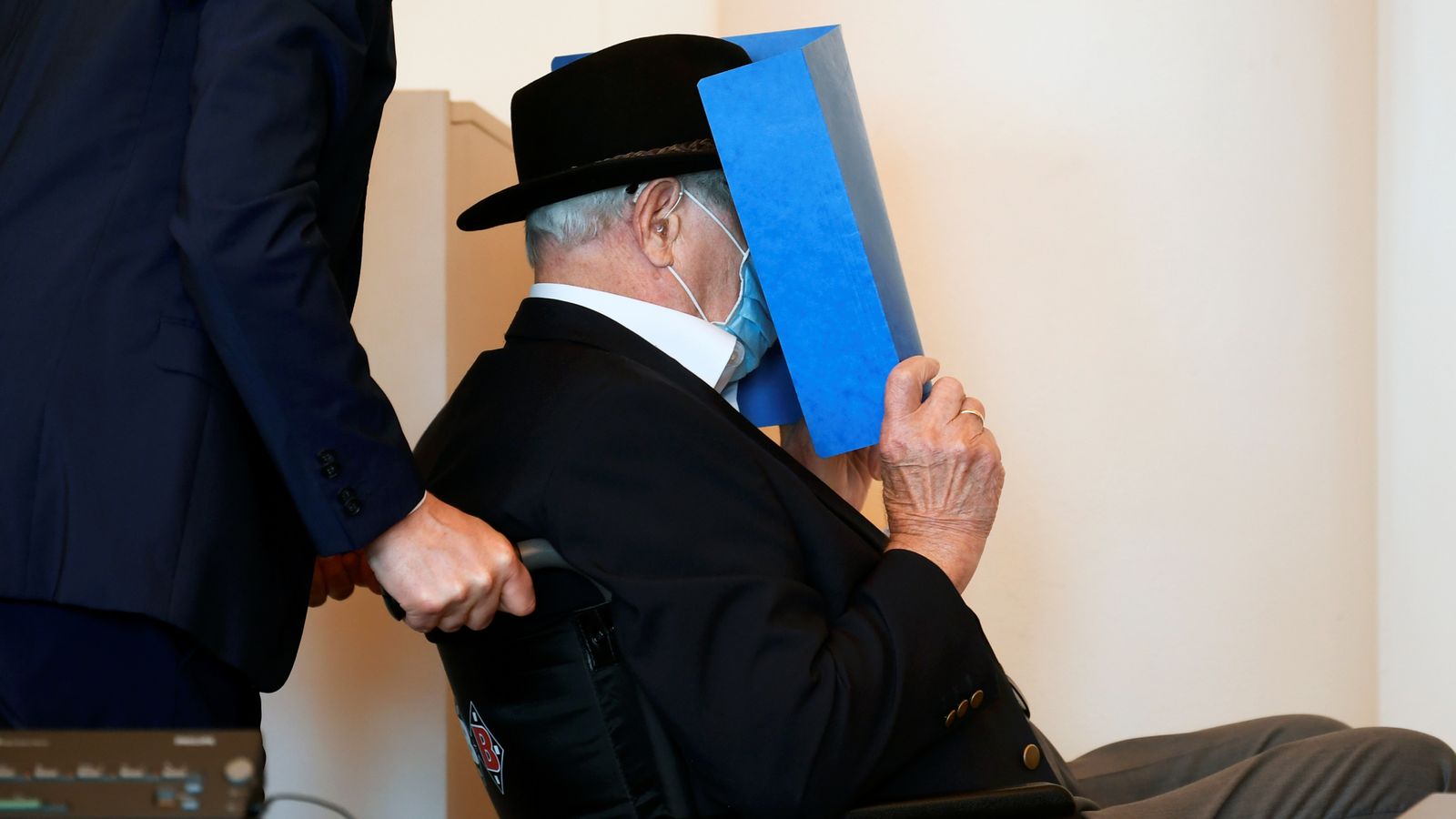 A 93-year-old former guard at a Nazi concentration camp has been found guilty for his role in the murders of more than 5,000 prisoners during the Second World War.

Bruno Dey, who had been an SS guard in the Stutthof concentration camp in German-occupied Poland during the final months of the conflict, was given a two-year suspended sentence on Thursday.

He was part of a force manning the camp’s watchtowers and was 17 and 18 at the time of the alleged offences so his case was heard in a youth court in Hamburg.

After a nine-month trial, he was convicted of 5,232 counts of accessory to murder – the number of prisoners believed to have been killed at Stutthof during his service there – and one count of accessory to attempted murder.

He had admitted working at the camp between August 1944 and April 1945, but claimed that did not amount to guilt.

However, prosecutors argued he was an accessory to murder by preventing inmates escaping from the camp, which was one of the last to be liberated in 1945.

They had called for a three-year sentence, while the defence wanted an acquittal.

“How could you get used to the horror?” presiding judge Anne Meier-Goering asked as she announced the verdict.

In a closing statement to the court earlier this week, Dey, who uses a wheelchair, apologised for the suffering victims went through, but stopped short of taking responsibility.

“Today, I want to apologise to all of the people who went through this hellish insanity,” the German said.

Around 65,000 people, mostly Jews, died in the six years of Stutthof’s existence in what was then occupied Poland.

Many were murdered in its gas chamber, while others succumbed to hunger, sickness and exhaustion.

Given Dey’s age, court sessions were limited to two hours a day twice a week, with breaks every 45 minutes, and there was a medical team on hand to check on him during proceedings.

Additional precautions were also taken to keep the case – which opened in October last year – going through the height of the coronavirus pandemic.

It is thought his trial could be one of the last of its kind, although there are dozens of open cases in Germany against people accused of being involved in the Holocaust, according to German broadcaster NDR.

In recent years, prosecutors have successfully convicted former death camp guards by arguing that by helping camps function, they were accessories to the murders there, even without evidence of involvement in a specific killing.

More than six million Jews were murdered during the Holocaust under Adolf Hitler’s Nazi regime.