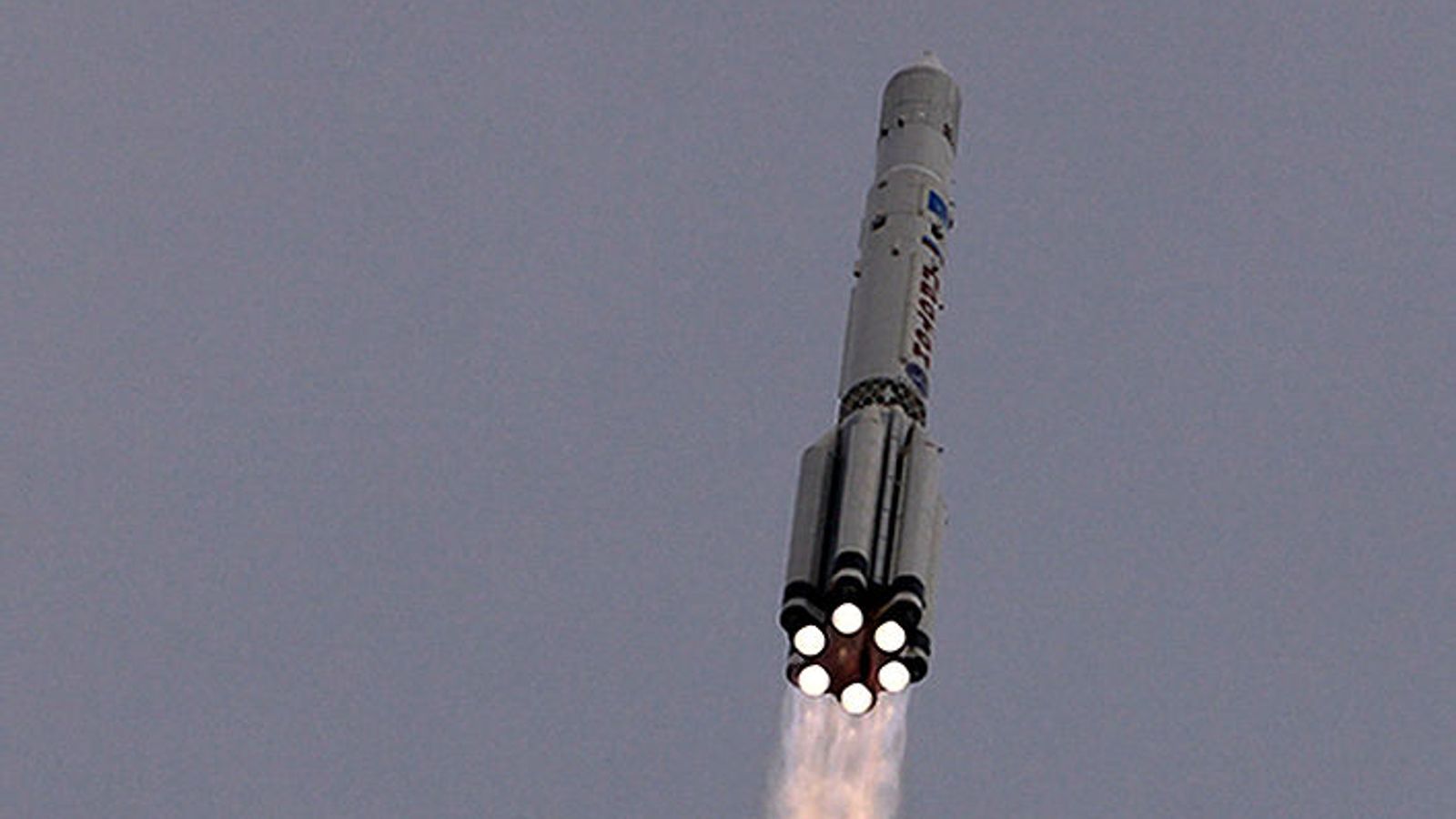 The man in charge of Britain’s space programmes has publicly criticised Russia for a satellite test launch “with the characteristics of a weapon”.

In an unusual intervention, Air Vice-Marshal Harvey Smyth said Russia’s actions could “threaten the peaceful use of space and risk causing debris that could pose a threat to satellites and the space systems on which the world depends”.

In a tweet, he said he was calling on Russia to avoid further tests of this type.

Sky News’ defence correspondent Alistair Bunkall said: “Apparently Russia fired ‘a projectile’ from one of its satellites at another Russian-owned satellite.

“It’s a step towards the militarisation of space.

“If a country can shoot down/disable its own satellite then it can obviously do the same to an enemy.”

The object was fired into orbit from Cosmos 2543 which Russia lists as an ‘inspector satellite’. It is not the first time Russia has carried out a test of this kind, and it’s feared Moscow is developing a space-based weapon.