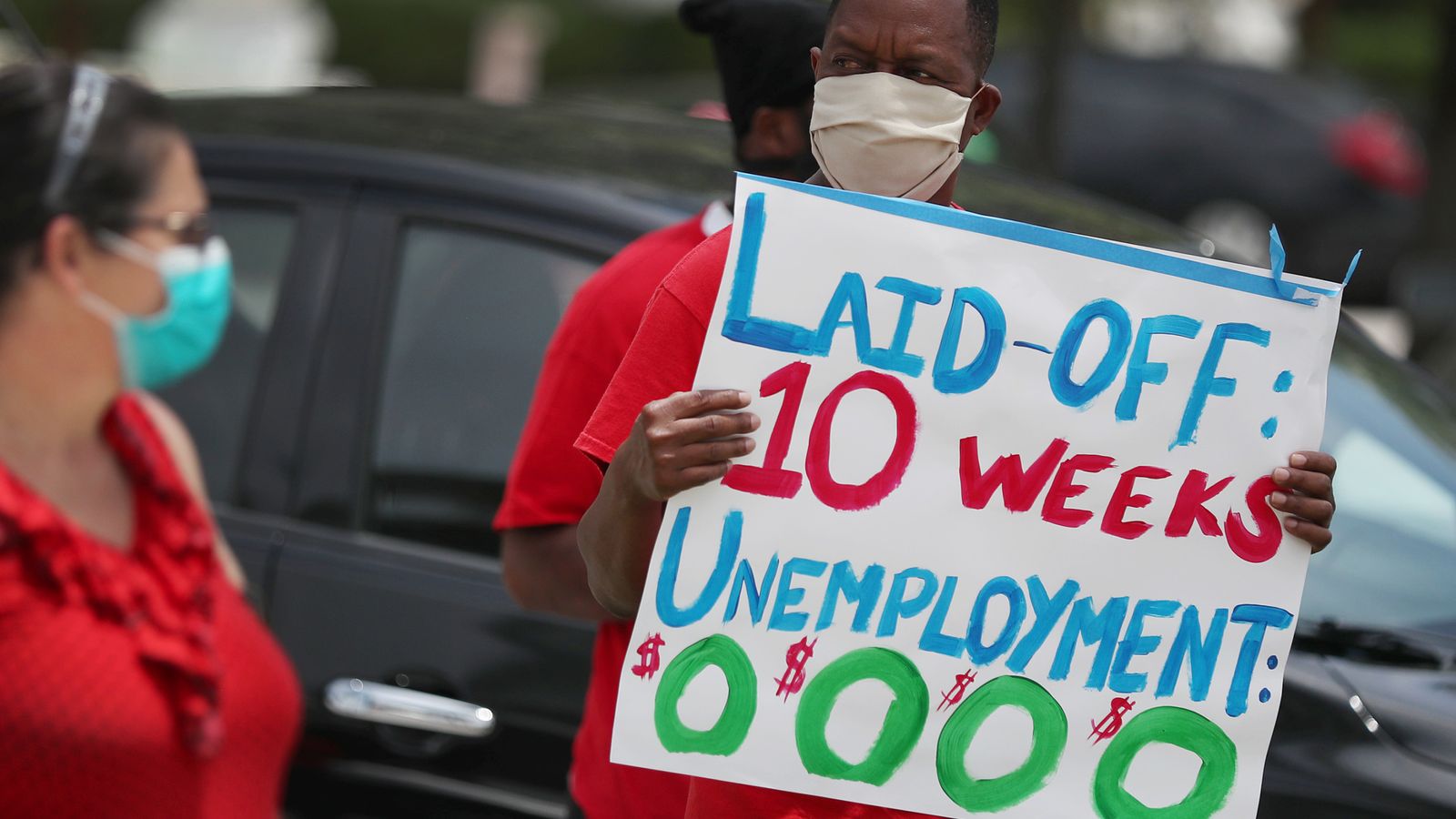 The number of Americans filing claims for unemployment benefits has risen for the first time in nearly four months as a resurgent coronavirus took its toll on the US economy, official figures suggest.

The US Labour department reported that 1.4 million people had filed claims last week – up from 1.3 million the previous week – as more than 20 states delay relaxing, or reimpose, lockdowns to limit the spread of COVID-19.

Populous states such as California and Florida are among those getting to grips with clusters of cases, raising fears that the US economic recovery will take longer to materialise.

The official figures suggest that 32 million Americans are receiving jobless benefits, though economists believe the figure is actually closer to 25 million.

The data was the last to be released before the scheduled end of a boosted $600 weekly federal aid payment to the unemployed – due to expire this week.

It is expected that Congress will agree an extension as part of a new economic recovery package being proposed by the White House, though it could see the weekly payment cut to $500.

Democrats are expected to insist on a more expansive programme than the $1trn in the offing – more in line with the $2trn in aid agreed in March – though key demands on more support for schools and childcare are tipped to be included.

Bets that further federal aid is on the way to support households and businesses helped temper jitters on financial markets when investors gave their first reaction to the deterioration in the jobless claims figures, analysts said.

The S&P 500 index was just 0.1% down in early deals though both Southwest Airlines and American Airlines slumped after reporting huge second-quarter losses and warning that the recovery in air travel seen in April had stalled.

Naeem Aslam, chief market analyst at AvaTrade, said: “The US Jobs report has once again confirmed that the US economy is in desperate need of help.

“Today’s number has fuelled fears that the economic data is rolling over and the optimism about the US economy is fading.”

He added: “The US initial jobless claims data has a bit of mixed news for the US stock market.

“On one hand you have the data that is showing more Americans are out of jobs but on the other side we have hope that policy makers will deliver the second stimulus check now.”