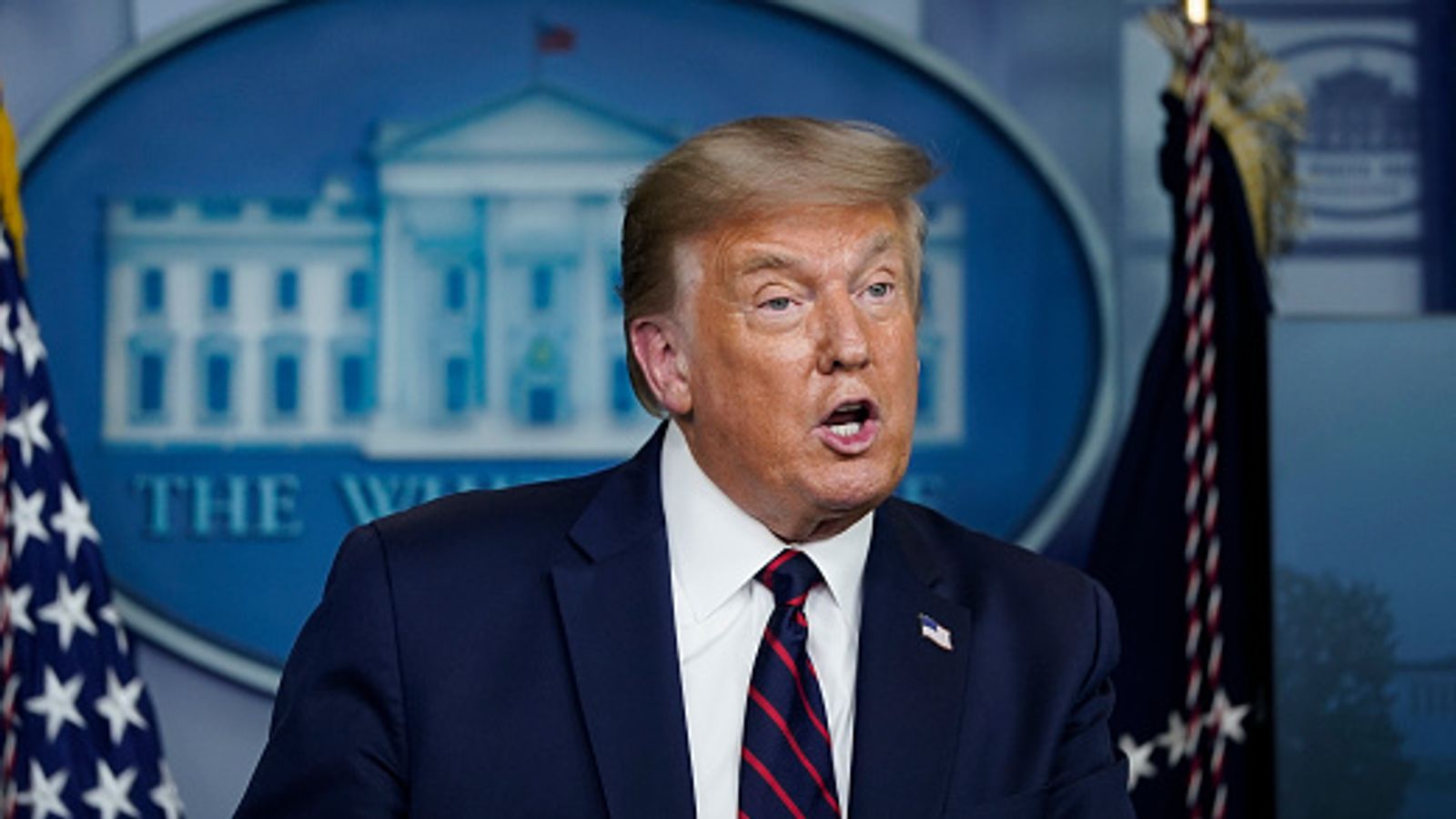 Donald Trump has contradicted Lebanese officials and suggested a “terrible attack” caused a massive explosion that killed at least 70 people in Beirut.

The cause of the blast, which also injured thousands of others, has not been confirmed – but the Lebanese prime minister has blamed thousands of tonnes of ammonium nitrate stored at a warehouse.

Mr Trump told reporters: “I’ve met with some of our great generals and they just seem to feel that this was not some kind of manufacturing explosion type of an event… They seem to think it was an attack. It was a bomb of some kind.”

The US president did not say what information his generals had used to inform their opinion, but it clashes with the early assessments of officials in the Middle Eastern country.

Ammonium nitrate is a chemical compound used as fertiliser and also in explosives.

Lebanon’s internal security chief, Abbas Ibrahim, earlier echoed the prime minister and said a highly explosive material had been confiscated from a ship some time ago and stored at the port.

A a counter-terrorist bomb disposal operator looked at footage of the smoke produced by the explosion and told Sky News it was unlikely to have been caused be gunpowder or ammunition.

Large parts of the Lebanese capital have been devastated by Tuesday afternoon’s explosion, which sent a huge shockwave across the city.

Residents reported collapsed ceilings and shattered windows as far as 2km (1.2 miles) away and the explosion was even heard and felt in Cyprus.

Beirut resident Fady Roumieh, who was standing in a car park east of the blast and said it was “like a nuclear bomb”

Sky News Middle East editor Zein Ja’far, who was in downtown Beirut at the time of the explosion, said it caused windows to “cave in”.

“It tore apart the facade of the building we’re in, and once the dust settled we managed to get ourselves and others in this block outside,” said Ja’far.

He said there were a lot of “very dazed, very bloodied people” wandering around in shock.