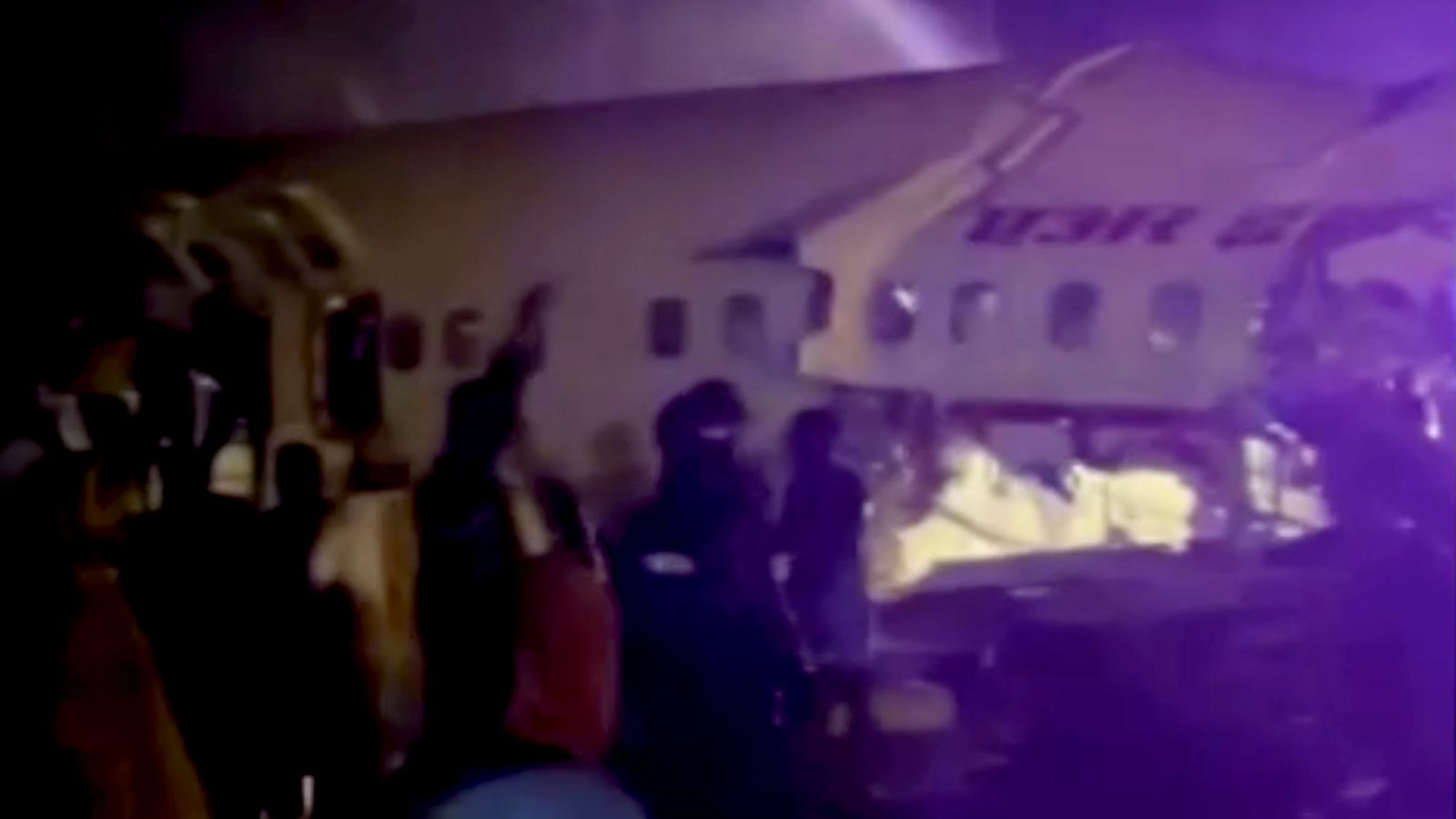 At least 14 people are dead after an Air India Express flight carrying 191 passengers skidded off the runway at Calicut Airport in Kerala.

The plane, which had 10 infants on board, was coming in from Dubai when it overshot the runway and split into two as it landed in heavy rain on Friday, police said.

Police in India said at least 14 people have died in the crash, with another 123 injured.

Shashi Tharoor, a Congress party lawmaker from the state, said the two pilots were killed.

NDTV news channel reported that 30 to 40 people were hospitalised and that other passengers had been evacuated from the aircraft.

Rajiv Jain, a spokesman for the civil aviation ministry, said the plane broke into two pieces on impact.

He said no fire was reported on the Boeing 737 aircraft and that rescue operations are ongoing, with some injured people being taken to hospital.

There were 174 adult passengers, 10 infants, two pilots and five cabin crew on board the aircraft, Mr Jain added.

Government official Amitabh Kant said the runway is on a hilltop with deep gorges on either side, making it difficult to land.

“The incident happened because of heavy rains and poor visibility. This is truly devastating,” he told NDTV.

Indian Home Minister Amit Shah said in a tweet that he was “distressed to learn about the tragic accident of Air India Express aircraft” at Calicut.

The incident took place at around 7.38pm local time during very heavy rainfall in the area.

The plane flew from Dubai to Calicut in the state of Kerala, southern India, and was a repatriation flight operated by the government to bring Indians home during international travel restrictions due to coronavirus.

Air India Express is a subsidiary of Air India.