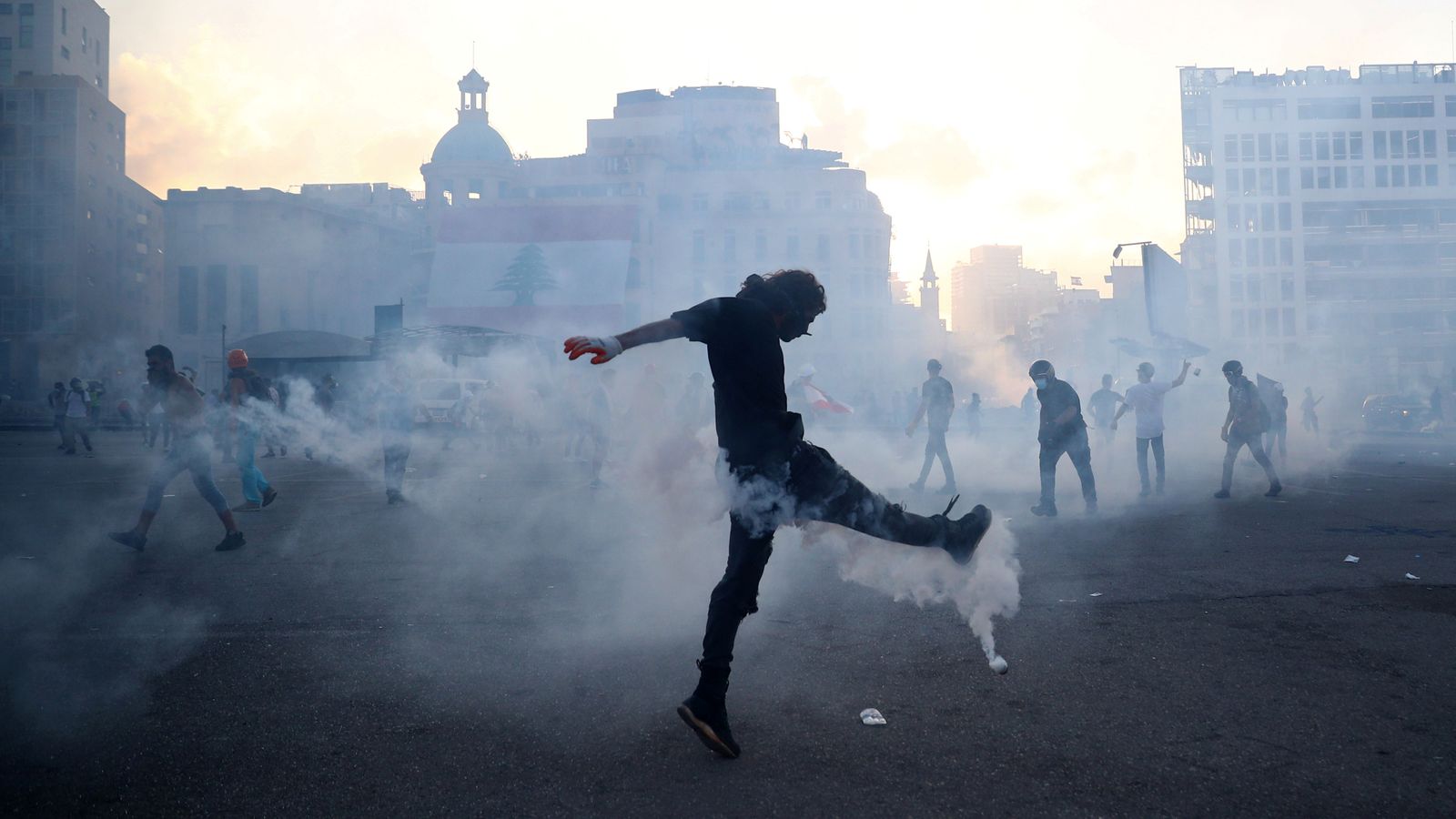 Seething with anger, Beirut is a traumatised city that is in danger of tearing itself apart.

Tens of thousands of people came from all over the country to the capital to show their utter disgust for the political class that they blame for the explosion that has wrecked the capital.

The protests were the biggest and most violent in months, with young and old gripped by fury at the authorities.

It is a sign of how the blast – which has displaced hundreds of thousands of people – has galvanised a desperate population already at breaking point from a deepening economic and political crisis.

The savings of ordinary people – if they had any – have been wiped out thanks to a plunging currency and Lebanon is now one of the most indebted countries in the world.

Makeshift gallows were constructed in Martyrs’ Square. Many here want to metaphorically hang the ruling elite and remove them from power; others want them to literally swing.

One man quivering with rage shouted to me that he was going to kill the country’s leaders because they were responsible, through callous negligence, for the destruction of his beloved Beirut.

As tear gas choked through the city a burning sense of righteous anger brought more and more people onto the streets.

They were determined to reach the parliament building – a symbol of the rottenness at the heart of the country.

Plastic bullets crackled through the air, and some of the protesters were seriously injured with blood once again spilling onto Beirut’s tired and weary streets.

This was an already battered people facing the full force of state security.

How this fresh wave of protests ends is not yet clear, but what is certain is that no one will accept a return to the status quo.

In response the prime minister, Hassan Diab, made an unscheduled and brief TV appearance calling for early elections.

But it is a move unlikely to defuse the anger here, and people across country want reform of the entire system.

By early evening the protesters had taken over the foreign ministry, occupying one of the government’s seats of power.

The revolutionary fervour soon spilled into the main banking institution where offices were torched and equipment was smashed.

Protesters told me the blame for what is becoming a hellish descent into chaos lies only with the ruling class, who are accused of plundering the nation’s resources.

More protests are planned for the coming days, but for now this is a city in pain that does not know how to heal its wounds.