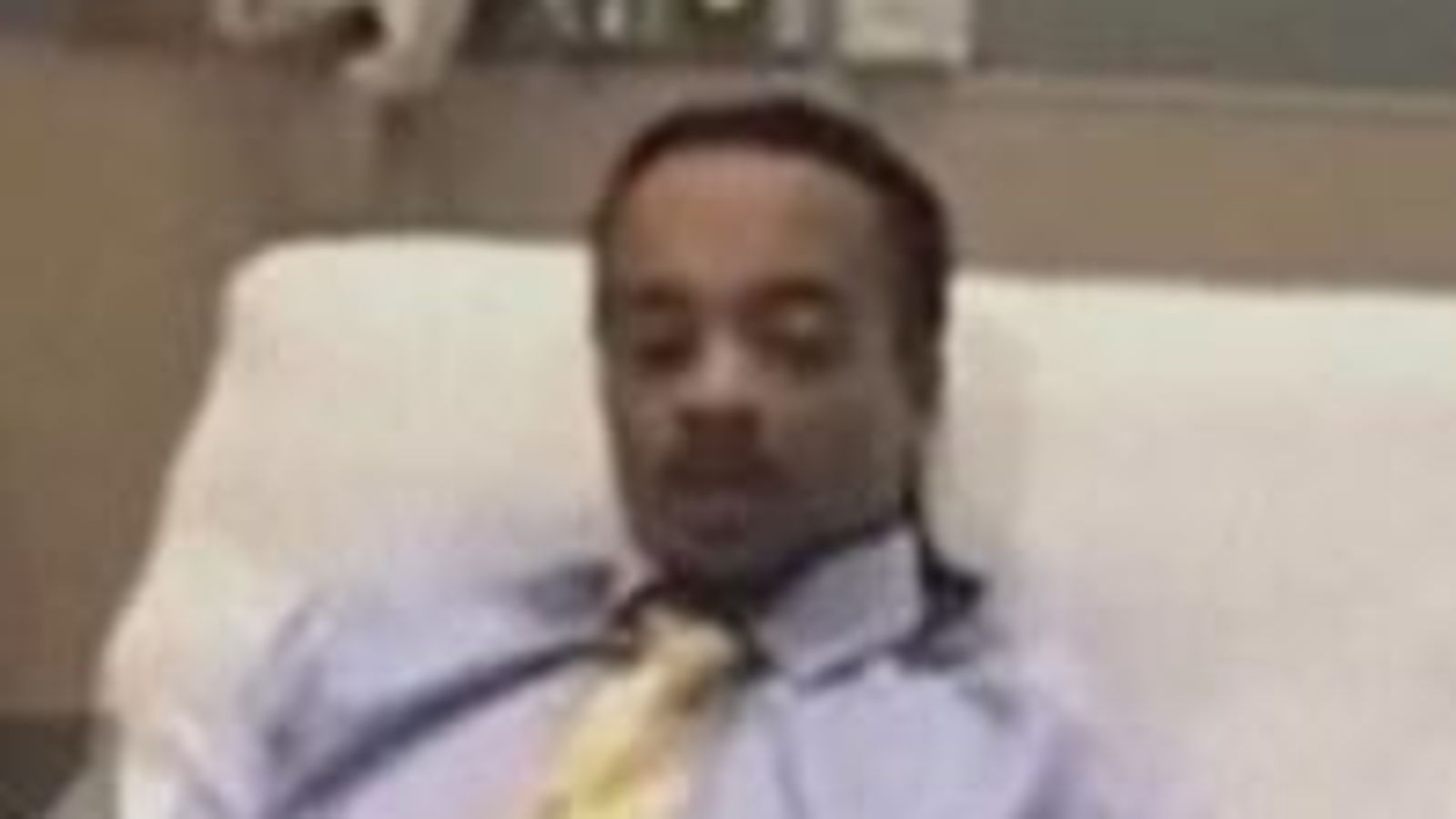 Jacob Blake has been seen for the first time since he was shot seven times by police.

In a court hearing over Zoom from his hospital bed, the 29-year-old pleaded not guilty to criminal trespass, third-degree sexual assault and disorderly conduct – charges from before he was shot.

The charges against Blake are based on statements from his ex-girlfriend, the mother of three of his children, who told police that he broke into her home on 3 May and sexually assaulted her, before stealing her vehicle and credit card.

His not guilty plea was entered through his lawyer, who also appeared in the live stream.

Blake appeared on the stream propped up in his hospital bed, wearing a blue shirt and yellow tie.

He spoke only briefly to confirm that he understood the proceedings and that he had no questions for the judge.

Blake had been working as a painter, and does not have any prior criminal record or convictions in any state, according to his lawyer.

He has been left paralysed from the waist down after he was shot by a white police officer on 23 August in Kenosha, Wisconsin – an incident which reignited racial injustice protests across the US.

Blake was shot as he was walking back to his vehicle, after reportedly trying to break up a fight. It is thought that his three children witnessed the incident from the car.

He has been in hospital since being shot, having undergone surgery.

The protests that followed in Kenosha ended up turning violent, razing some businesses to the ground and forcing President Donald Trump to send in the National Guard.

Mr Trump, as well as his Democratic rival Joe Biden, both visited Kenosha earlier this week, in the aftermath of the protests.

The president spent his time doubling down on law and order, a central theme of his re-election campaign, while Mr Biden met with Blake and members of his family.