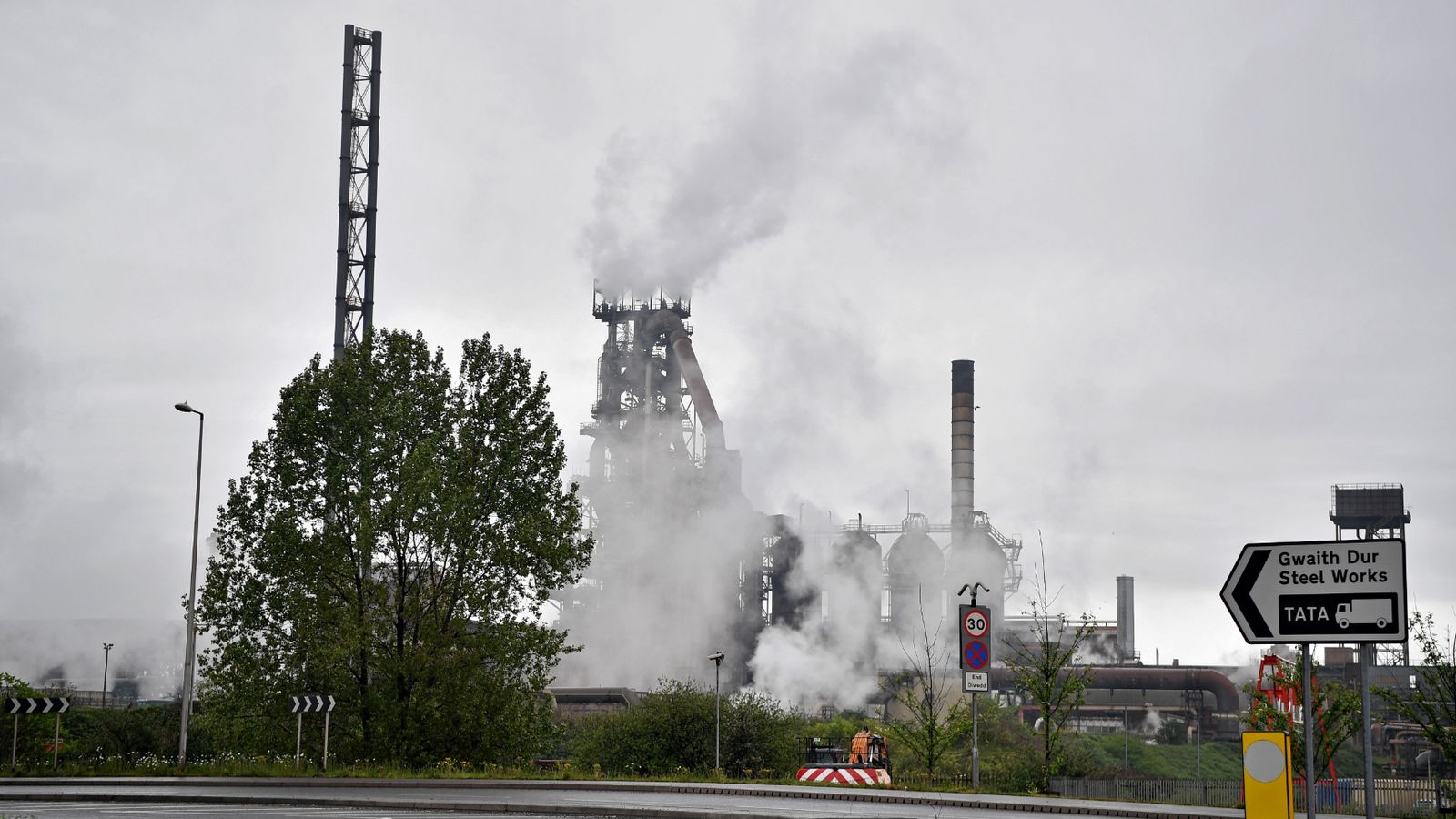 The government has parachuted in investment bankers to help thrash out a rescue plan for Britain’s biggest steel producer after months of talks over a deal that could preserve thousands of jobs.

Sky News has learnt that Credit Suisse has been asked by the Treasury to advise on talks with Tata Steel, which owns the giant Port Talbot plant in south Wales.

City sources said this weekend that ministers had also drafted in McKinsey, the management consultants, to draw up a blueprint for the future of the UK’s wider steel industry.

The appointment of Credit Suisse – which banking sources said had agreed to work on a pro bono basis – will end speculation that negotiations between the government and the Indian-owned industrial group had been brought to an end.

Steel sector sources said that Tata Steel was on the verge of presenting a revised proposal to ministers that would involve an injection of substantial funding from taxpayers.

An earlier plea from Tata Steel, revealed by Sky News in July, sought roughly £900m of government cash in exchange for an equity stake of up to 50% in its UK business.

Officials, however, are understood to have balked at the proposal on the basis that the steelmaker’s parent company would have written off an equivalent sum of debt but not commit significant new capital of its own.

The discussions have acquired increasing urgency as Tata, one of India’s biggest conglomerates, seeks to stem the losses at its perennially troubled British steel operations.

Credit Suisse played a pivotal role advising ministers during the 2008 banking crisis, and has seen some of its top executives drafted in to help the government more recently.

UKGI is also playing a key role in Project Birch, the name assigned to the assessment of funding requests from companies which fall outside the scope of chancellor Rishi Sunak’s emergency lending schemes.

To date, only Celsa, a Welsh steel producer that predominantly supplies the construction industry, has secured a bespoke loan of £30m, with strict conditions attached to executive pay and environmental targets.

The Celsa loan includes warrants that could be converted to an equity stake before the end of 2023.

This weekend, a government spokesperson said: “We remain very supportive of the UK steel sector and its valuable contribution to the UK economy.

“The government regularly uses external advice to better understand how to support businesses.”

The talks with Tata Steel could continue for several more months, according to insiders.

Industry sources said that the mandate for McKinsey to help forge a vision for Britain’s steelmaking future was also significant.

The consultant’s work would help inform decision-making about which companies merited government support, they said.

Since the start of the coronavirus pandemic, thousands of steelworkers have been furloughed, and all of the country’s biggest producers – including Chinese-owned British Steel and Liberty Steel – have sought financial aid from the government.

The Sunday Times reported in July that Tata Steel was exploring plans to close its two blast furnaces at Port Talbot and replace them with cleaner electric arc furnaces.

Such a move would curb the plant’s carbon emissions but potentially result in substantial job losses, prompting the GMB union to publicly pledge to fight to protect members’ jobs.

The hiring of Credit Suisse comes more than four months after Tata Steel requested a £500m loan from the government during the initial phase of the pandemic.

That plan is said to have been rejected on the basis that it was not accompanied by credible proposals for a transformation of the UK operations.

Tata Steel has undergone a series of financial restructurings, including one in 2017 which gave the Pension Protection Fund a 33% stake in the company.

It remains unclear how any further realignment of the shareholder structure would impact the pensions lifeboat’s interest.

In January, Natarajan Chandrasekaran, chairman of Tata Steel’s parent company, said: “I need to get to a situation where at least the [Port Talbot] plant is self-sustaining.”

The Treasury declined to comment on Saturday, while Tata Steel Europe said: “We are in active discussions with the UK government on several options for the future of our UK operations, including potential co-operation and participation from the government to create a sustainable decarbonised footprint for the future.

“Given prevailing market conditions and disruption caused by the COVID-19 pandemic, it is clear that our UK operations face structural challenges that need to be urgently addressed.

“Discussions with the government are constructive and ongoing, and at this stage no decisions have been made.”