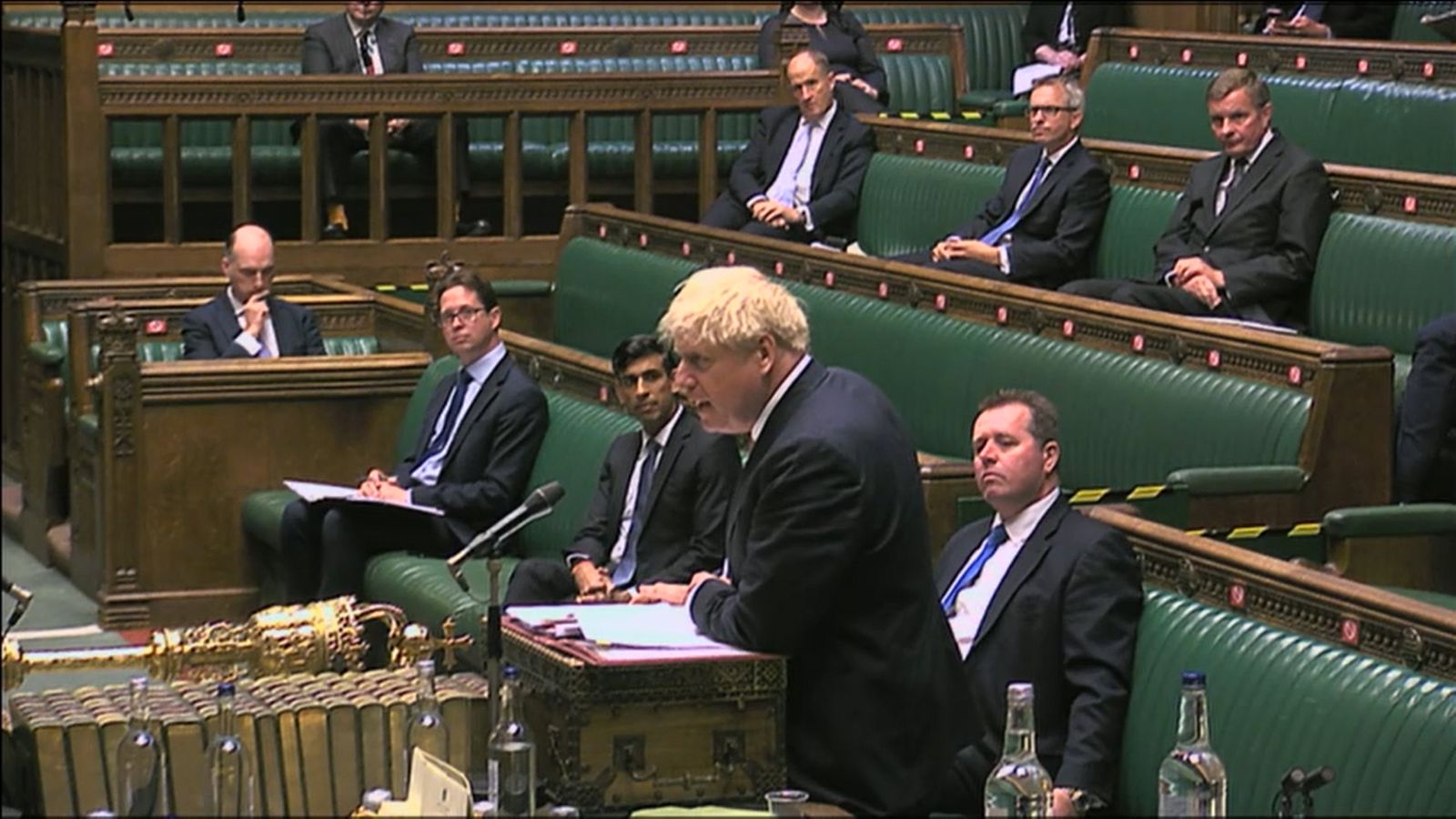 At the last election – which was only in December, but feels like it must have been centuries ago – Boris Johnson won the kind of majority that gave him a clear mandate to deliver on his twin priorities of Brexit and “levelling up” the country.

The kind of once-in-a-generation global event that makes even Brexit look like a ripple in comparison.

More than 40,000 people have died with COVID-19 in the UK, millions of children have been out of school for months and we will be grappling with the economic impact for decades.

Needless to say, this is not how Boris Johnson expected his premiership to be defined.

But this week, as parliament returns after the summer recess, other political priorities are beginning to nudge themselves to the fore.

While coronavirus will – of course – remain the country’s number one issue in the months (years?) ahead, it is no longer the only issue.

Sophy Ridge on Sunday returns this weekend after the August break, and there are several prickly political issues that I am keen to get under the surface of.

The full economic impact of COVID-19 is beginning to hit. Before the crisis, the government was expecting to borrow £55bn for the whole financial year. It ended up borrowing £128bn in the first three months alone.

How is this going to be paid for? In the election, Johnson defined himself against austerity – as a new breed of Conservative politician very different from the eras of David Cameron, George Osborne and Philip Hammond.

With debt levels so high, is this credible?

Will Johnson raise taxes on the wealthy instead? That could go down well in the Red Wall seats that he won from Labour in December, but will his party stomach it?

He has the cushion of an 80-seat majority, but putting up taxes would put even that under strain.

Number 10 are keen to focus on the agenda they promised at the December election: delivering on Brexit and levelling up the country away from London to benefit people in Labour-held seats who lent the Conservatives their votes.

But things might not be as straightforward as they hope. With the economy on its knees, local lockdowns becoming ever more frequent and social mobility stymied by school closures, Johnson will need more than flamboyant language and a hard hat if he wants to truly level up the country.

Plus, it feels as though the chances of securing a Brexit trade deal with the EU have receded over the summer.

The deadline is fast approaching, and disagreements on state aid and fishing remain unresolved.

When Theresa May claimed she was willing to walk away without agreement (“No deal is better than a bad deal”) few believed she actually would. With Johnson, however, you certainly wouldn’t bet against it.

To make matters even more fraught, the SNP are increasingly bullish about a second independence referendum – which they believe that this time around, they would win.

Johnson – a man who always has his eyes on the history books – does not want his premiership to be solely remembered for his response to COVID-19.

But – with both the economy and the union on fragile ground – he should be careful what he wishes for.