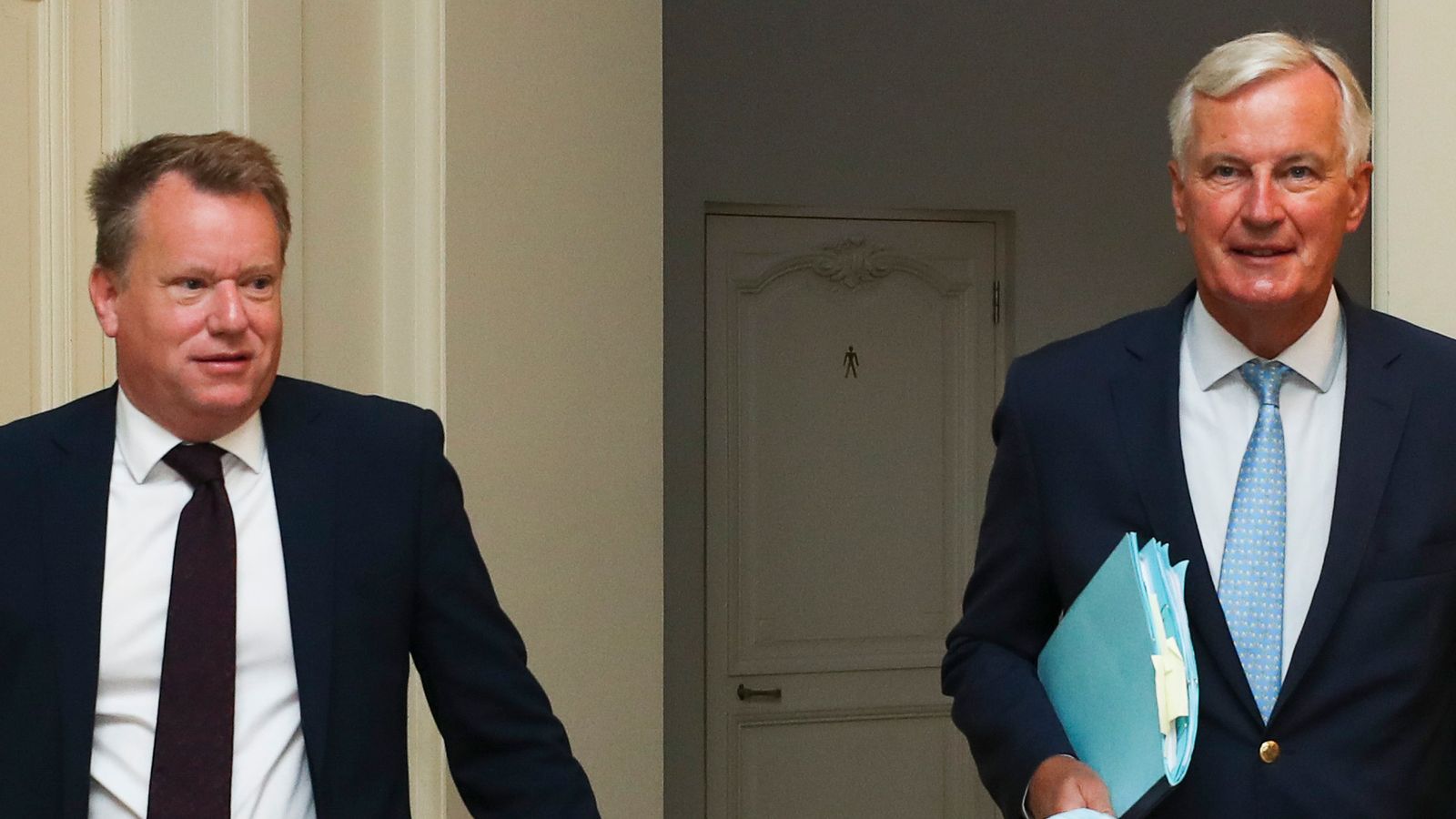 Britain’s chief Brexit negotiator has said Europe should “take our position seriously” ahead of a new round of crucial trade negotiations.

David Frost, who will lead the UK’s post-Brexit trade talks as well as serving as the prime minister’s national security adviser, will meet the EU’s chief negotiator Michel Barnier in London next week.

The UK “will not blink first” when the eighth round of talks begins on Tuesday, he told the Mail on Sunday.

And he contrasted Boris Johnson’s gung-ho attitude with that of his predecessor Theresa May, who failed to strike a deal with Europe.

Lord Frost said: “We came in after a government and negotiating team that had blinked and had its bluff called at critical moments, and the EU had learned not to take us seriously,” he told the newspaper.

“So a lot of what we are trying to do this year is to get them to realise that we mean what we say and they should take our position seriously.”

Mr Barnier will touch down in the UK just hours after Lord Frost takes up a seat handed to him by Mr Johnson.

His arrival comes as the two sides remain unable to agree on big issues such as fishing rights and government subsidies for business.

Lord Frost, 55, a former diplomat and once the UK’s ambassador to Norway, has expressed frustration at the lack of progress so far.

He told the Mail on Sunday: “They have not accepted that in key areas of our national life we want to be able to control our own laws and do things our way and use the freedom that comes after Brexit.

“We are not going to accept level playing field provisions that lock us into the way the EU do things.

“We are not going to accept provisions that give them control over our money or the way we can organise things here in the UK and that should not be controversial – that’s what being an independent country is about.”

His comments about Mrs May could be seen as payback for what she said about his appointment in June, when she cast doubt on his suitability for the new role calling him “a political appointee with no proven expertise in national security”.

Analysis: There are many more rounds to fight
By Nick Martin, political correspondent

The timing of this article should take no one by surprise. Lord Frost knows he must lay down a marker before the EU negotiators arrive next week.

And this is an opportunity to set out his stall before he comes face to face with his counterpart Michel Barnier, who lands on Tuesday.

But his jibe at Theresa May is telling – it is perhaps a way of disassociating himself with the negotiators of the past, clearing the decks for a new group, telling Mr Barnier that this time it is different.

In terms of the negotiation there are two big sticking points; fishing rights and subsidies for businesses.

In his Mail on Sunday article Lord Frost jokes: “They [EU] are looking to continue the status quo – they want to have their fishcake and eat it.”

Humour is often an effective way of undermining your opposition, and perhaps a sign of things to come.

This is a bit like when boxers have a press conference before a fight, both sides are full of bluster, drama and theatre.

There are many more rounds to fight before a winner can be declared.