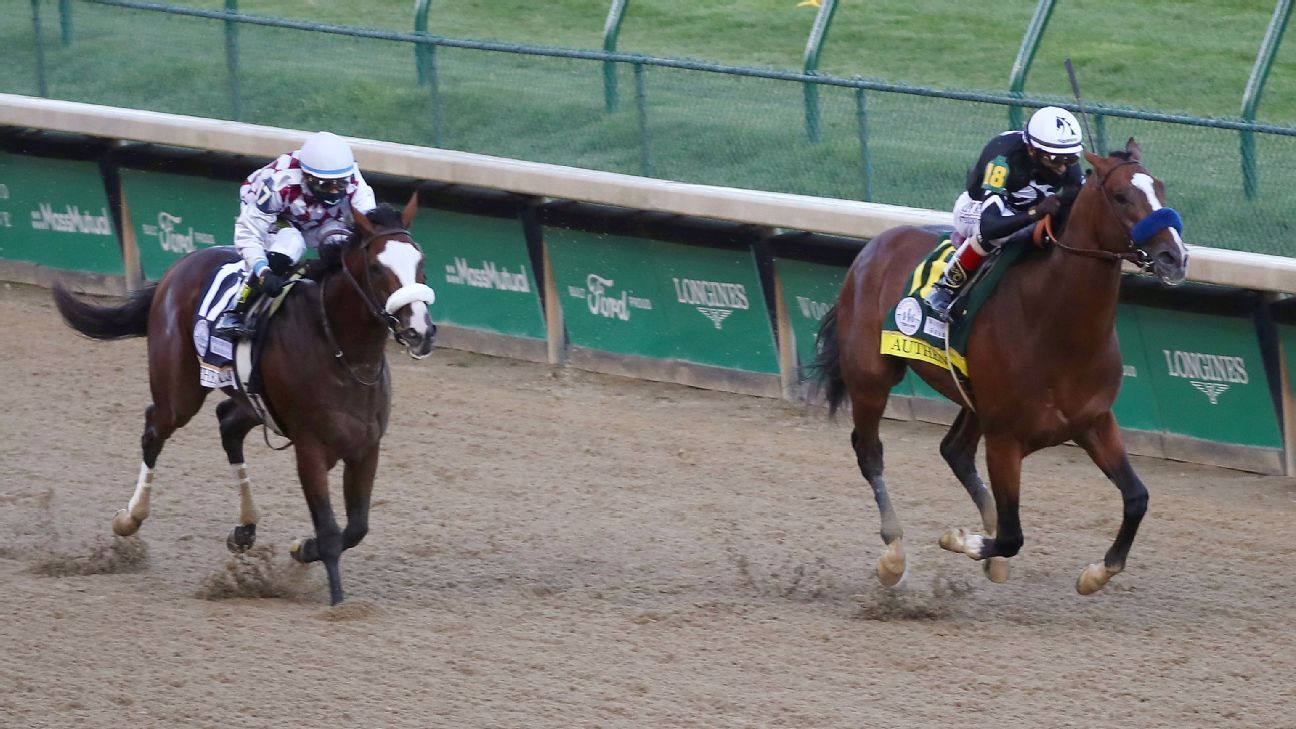 Authentic dueled with Tiz the Law in the final turn and upset the heavy favorite to win the Kentucky Derby on Saturday.

“Johnny V. gave them the most incredible ride,” said Baffert, who is tied with trainer Ben Jones. “The training was lights out. He was fresh. He’s a good horse. He’s our No. 1 pick from the beginning, and here we are. The greatest race in the world, and I feel very blessed and fortunate.”

Authentic has won five of his six career races, with his lone defeat coming in the Santa Anita Derby, where he finished sixth.

Velazquez, 48, picked up his third win in the Derby. He also rode Animal Kingdom in 2011 and Always Dreaming in 2017.

Said Velazquez: “Obviously, Bob, from the beginning, said, ‘I’ve got a good one for you.’ This is it.”

Along with Authentic and War Emblem, Baffert’s other Derby winners were Silver Charm in 1997, Real Quiet in 1998, American Pharoah in 2015 and Justify in 2018. He stands alone in first with his 16 career wins in Triple Crown races, two more than D. Wayne Lukas in second.

Rescheduled from its traditional first Saturday in May by the coronavirus pandemic, this year’s Run For The Roses was the second jewel in thoroughbred racing’s Triple Crown. The Preakness will be run Oct. 3.