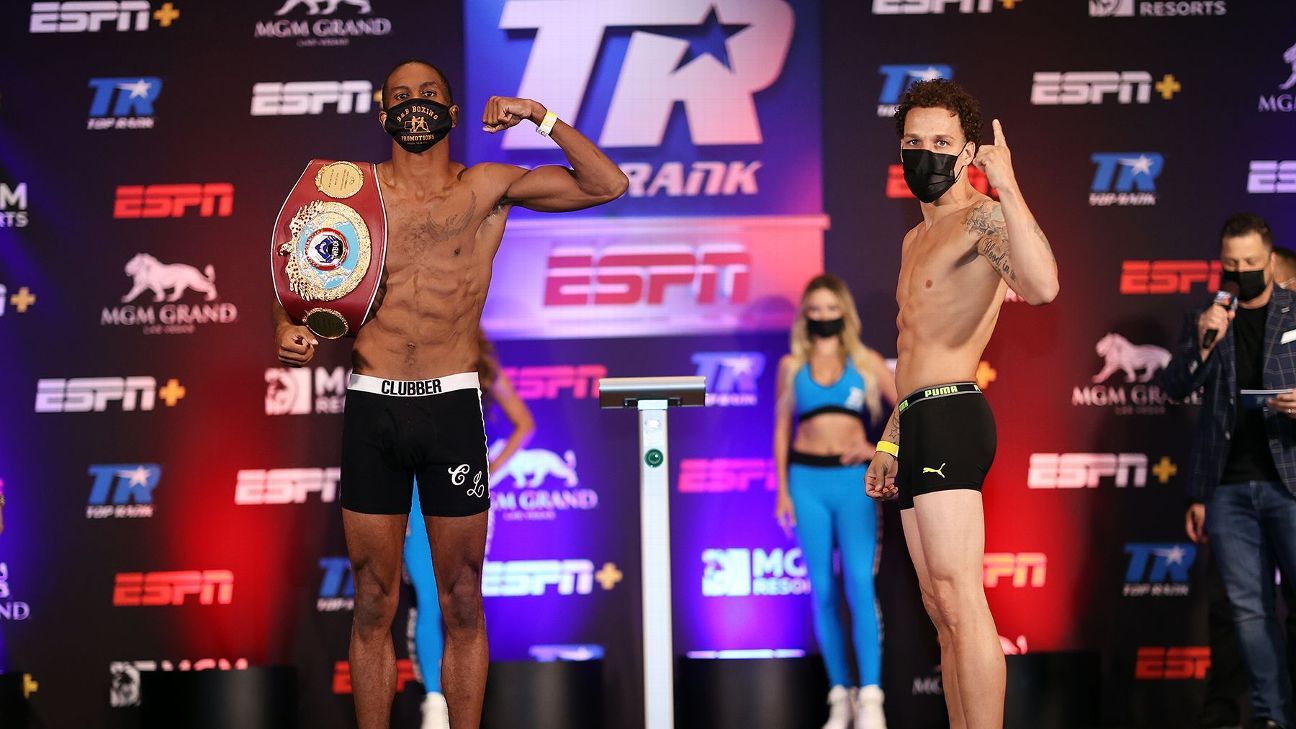 After testing positive twice for COVID-19, Jamel Herring will finally get in the ring to face Jonathan Oquendo in the main event of a Top Rank card at the MGM Grand Conference Center in Las Vegas on Saturday.

Herring (21-2, 10 KOs) will defend his WBO junior lightweight title against Oquendo (31-6, 19 KOs), and a victory will set up a much bigger fight against former two-time world titleholder Carl Frampton later this year.

In the co-main event, DeAndre Ware will take on Steven Nelson in a 10-round super middleweight battle. Ware, an EMT and firefighter from Ohio, performed emergency CPR on Pete Susens, a Top Rank official, before the weigh-in on Friday after Susens suffered a heart attack. Susens is now recovering at a Las Vegas hospital.

Top Rank Boxing is on ESPN and ESPN+. Subscribe to ESPN+ to get exclusive boxing events, weigh-ins and more.

Ware (13-2-2, 8 KOs) scored an upset victory over Ronald Ellis in February 2019 but lost an eighth-round TKO to Vladimir Shishkin seven months later and hasn’t fought since.

Nelson (16-0, 13 KOs) is on an incredible streak. He has won eight of his past 10 fights by stoppage, including an eighth-round TKO victory over Cem Kilic in January.

Also on the card, unbeaten junior flyweight Jesse Rodriguez (11-0, 7 KOs) will face Janiel Rivera (18-6-3, 11 KOs) in an eight-round bout, and heavyweight sensation Jared Anderson (5-0, 5 KOs) will return to the Top Rank bubble for the third time looking to extend his consecutive KO victories streak to six in an eight-round fight against Rodney Hernandez (13-9-2, 4 KOs).