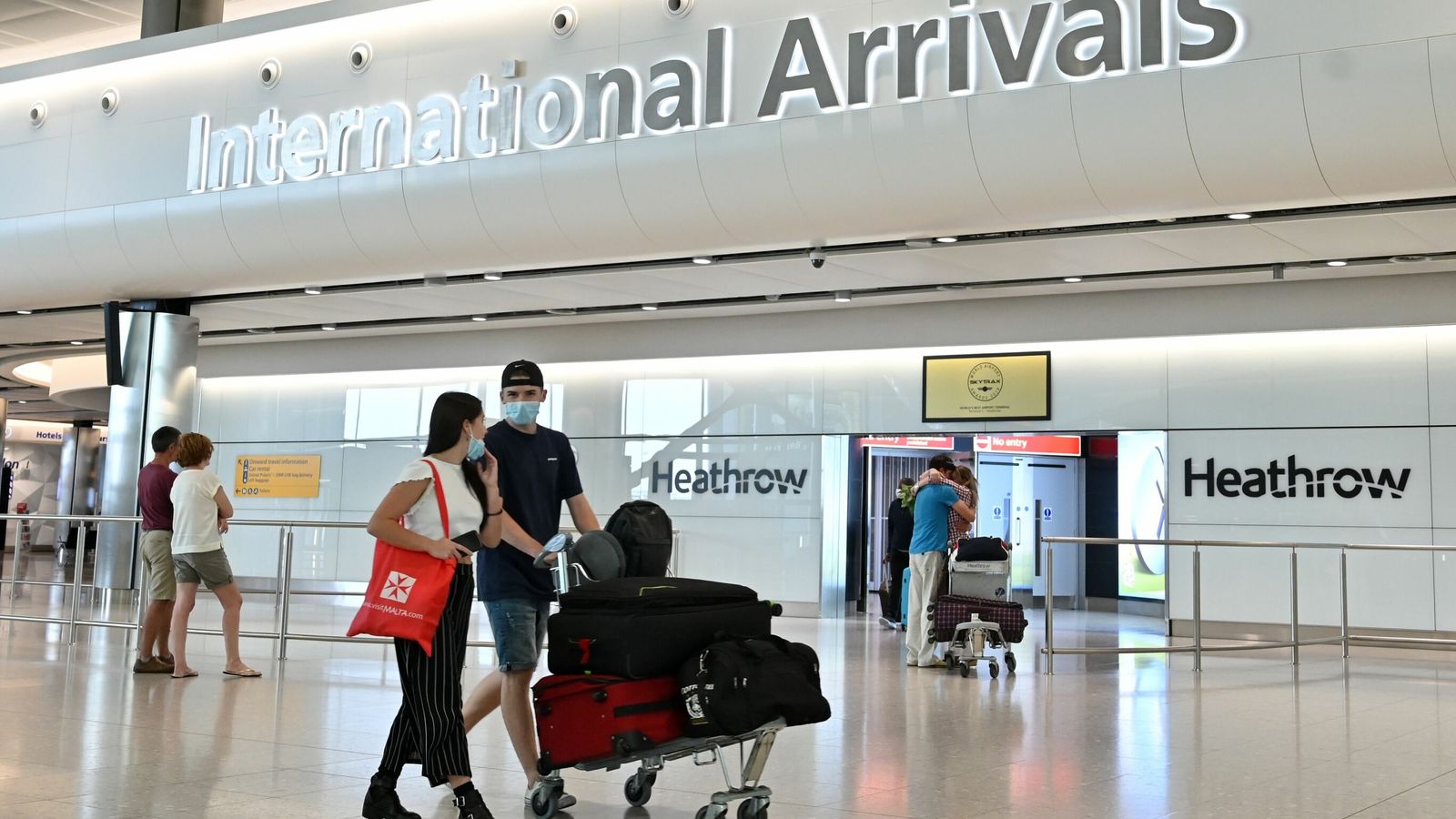 Extensive coronavirus testing is needed at airports to stop the “dire” effect the quarantine system is having on the travel industry, Labour has said.

The UK government has been making weekly decisions on which travellers must isolate for 14 days based on the countries they are returning from.

But travellers have sometimes been given just a few hours’ warning, leaving them facing inflated airfares if they try to return before the restrictions are brought in.

Critics of the system say that it does little to increase confidence in the travel industry, which was among the worst-affected by the coronavirus pandemic.

Shadow home secretary Nick Thomas-Symonds called for a “robust testing regime in airports” as a way to minimise the need for the two-week isolation period upon return to the UK.

He said there were also “serious concerns” about how isolating returnees were monitored, claiming “less than a third of passenger locator forms are checked”.

In his letter to Home Secretary Priti Patel, Mr Thomas-Symonds wrote: “I write to call for a rapid review to fix chaotic quarantine arrangements that are losing public confidence and undermining our ability to keep people safe and save jobs.

“In order to rebuild this trust I am calling on government to undertake a review into quarantine policy, to report within a fortnight.

“It should include outlining options for a robust testing regime in airports, and related follow up tests, that could help to safely minimise the need for 14-day quarantine.

“It is clear that ramped up testing is an important part of trying to respond to the pandemic and safely reopen society.

“Given the huge challenges being faced by the travel sector and the scale of job losses, it makes sense to look at this area as part of a wider package of improvements to the testing regime.”

It comes after a group of airlines and aviation organisations wrote to the UK and US governments calling for a passenger testing trial for flights between New York and London as a way to move towards normal schedules.

Tens of thousands of jobs have been lost in the aviation sector, the latest cuts being announced by Virgin Atlantic on Friday, which said it will axe 1,150 jobs, just four months after ditching 3,150 roles.

But on Friday, Prime Minister Boris Johnson said airport testing may give a “false sense of confidence”, adding that testing at points of entry only identifies 7% of positive coronavirus cases.

A government spokeswoman said: “We keep the data for all countries and territories under constant review, and if the public health risk of people returning from a particular country without self-isolating becomes too high we will not hesitate to remove countries from the travel corridors exemptions list.

“Work is ongoing with clinicians, the devolved administrations and the travel industry to consider if and how testing could be used in the future to reduce the self-isolation period.

“Any potential change to the testing for arrivals would need to be robust in minimising the chance that positive cases are missed.”