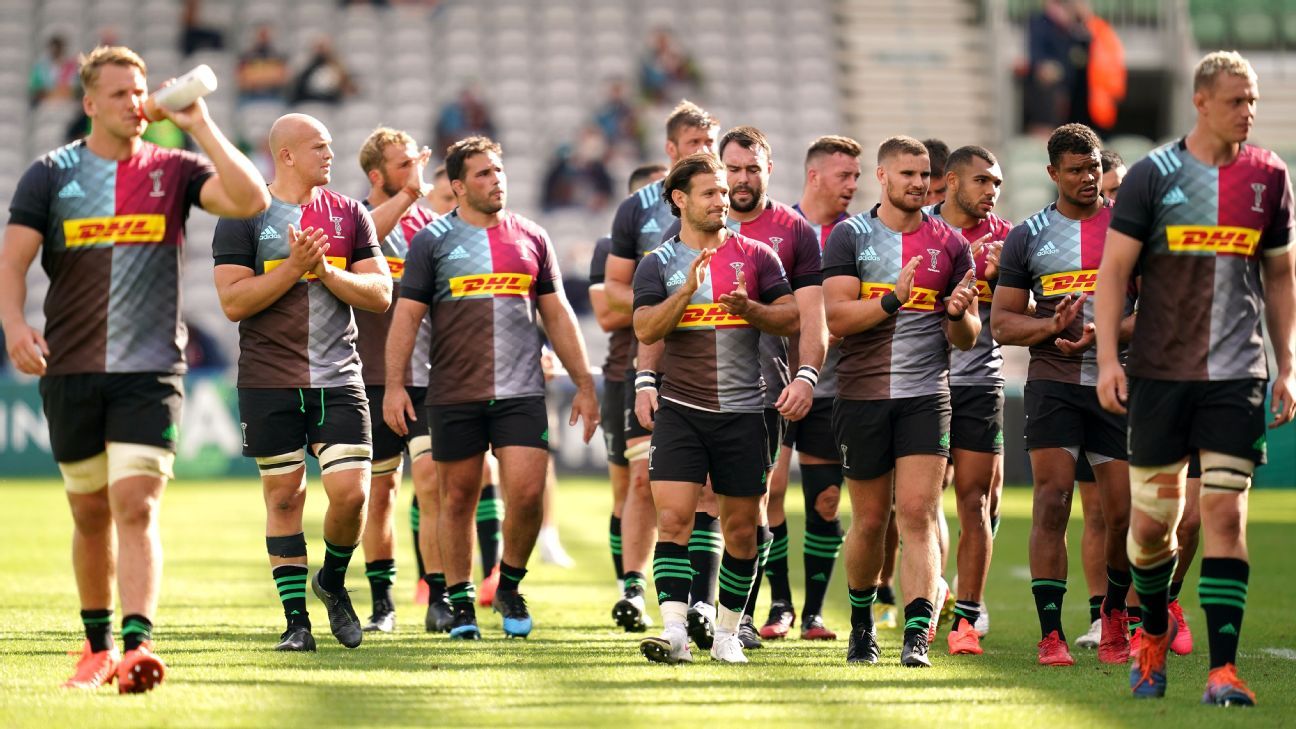 London — Rugby is the antithesis to COVID-19 protocols. It is a sport built on contact and little regard for social distancing. So, as the 2,700 supporters watched their Harlequins lose 41-27 to Bath Rugby, if you allowed your mind trick itself for the briefest moment, it felt like life was back to some semblance of normalcy.

This Gallagher Premiership match was one of the pilot events to test procedures and logistics as fans return to watch live sport with more regularity from Oct. 1.

After last weekend’s friendly between Brighton and Chelsea and another with 100 or so fans for Lewes FC-London Bees, it was rugby’s turn. Cricket will follow, the Glorious Goodwood racing festival will also have limited crowds back, as will the Women’s Super League match between West Ham and Arsenal next weekend but this match at the Twickenham Stoop will be closely scrutinised and analysed.

On the face of it, it looked to pass by with minimal fuss, but the logistical challenges of putting on this event rivals the annual marquee jamborees Harlequins put on over the road at Twickenham Stadium.

Fans were charged up to £50 for tickets and had to enter a ballot — 2,700 Harlequins fans were selected and given a timeslot for arrival. They had to fill out a health questionnaire before journeying to this small square of south west London, and had their temperatures checked, having doused themselves in hand sanitiser.

It felt calm; there wasn’t the usual squeeze on the walkways or for the bars. Spectators were asked to stay seated throughout and use the mobile app to order food and drinks to their seats. The ground usually is packed out with 14,816 fans, but with social distancing required, supporters were separated with them dotted around the ground amid plenty of empty seats.

There were a couple of reminders over the PA system reiterating the need for face coverings to be worn at all times. After the match finished, the four stands were emptied separately to avoid any congregations at the exit. Supporters were advised players were not going to sign autographs. But it was orderly, efficient and effective.

As a spectator experience, it felt a little like a friendly match. With so many fans absent, it didn’t have the same intensity as we’re used to, but it did feel “normal.”

There were the usual dabs of spectator input offered to those on the field. Cries of “offside” were frequent from the stands (the policing of the offside line is still notional), and there was plenty of “advice” offered to referee Tom Foley. You could hear the thoughts of Lawrence Dallaglio or Ugo Monye — both on TV commentator duty — as kickers lined up in perfect silence.

The smell of hand sanitiser punched through the air, instead of the usual cascades of spilt beer. Sporadic cheers sprung out, but most turned to groans as visitors Bath stretched out to record a key 41-27 victory thanks to the ruthless finishing of England winger Ruaridh McConnochie, the calm presence of fly-half Rhys Priestland and their game plan of grit and guile.

Above all, it felt like sport was back. It’s been a strange experience watching it played out in front of empty stands. The viewer involvement has been jarring — in these behind-closed-doors games, it felt voyeuristic as you watched on. But those chants from the stands, the clapping, groans, cheering and fist pumps are as much of this wonderful sport as are the crunching tackles and darting runs.

Harlequins want another match back here in front of fans as soon as possible. The financial fallout from COVID-19 for rugby has been brutal — Twickenham Stadium looms over its smaller neighbour, where the RFU is still negotiating a predicted £109 million loss this year.

Other clubs in the Premiership estimated the lack of paying spectators at matches would cost in the region of £400,000 per game. Players on both sides here on Saturday took paycuts. The sight of fans returning, albeit fewer than usual, will have brought some relief to the bean counters.

For Paul Gustard, Harlequins coach, his immediate thoughts post-match would have been on a disappointing defeat. It will be another game to analyse; another bump on the road to where they want to be. Bath return back down the M4 delighted with their bonus point win — still harbouring hopes of gate-crashing the playoffs.

But for those fans who were lucky enough to be back in their familiar second home, it gave them a glimpse of normalcy. And for one calm Saturday afternoon, it was lovely.