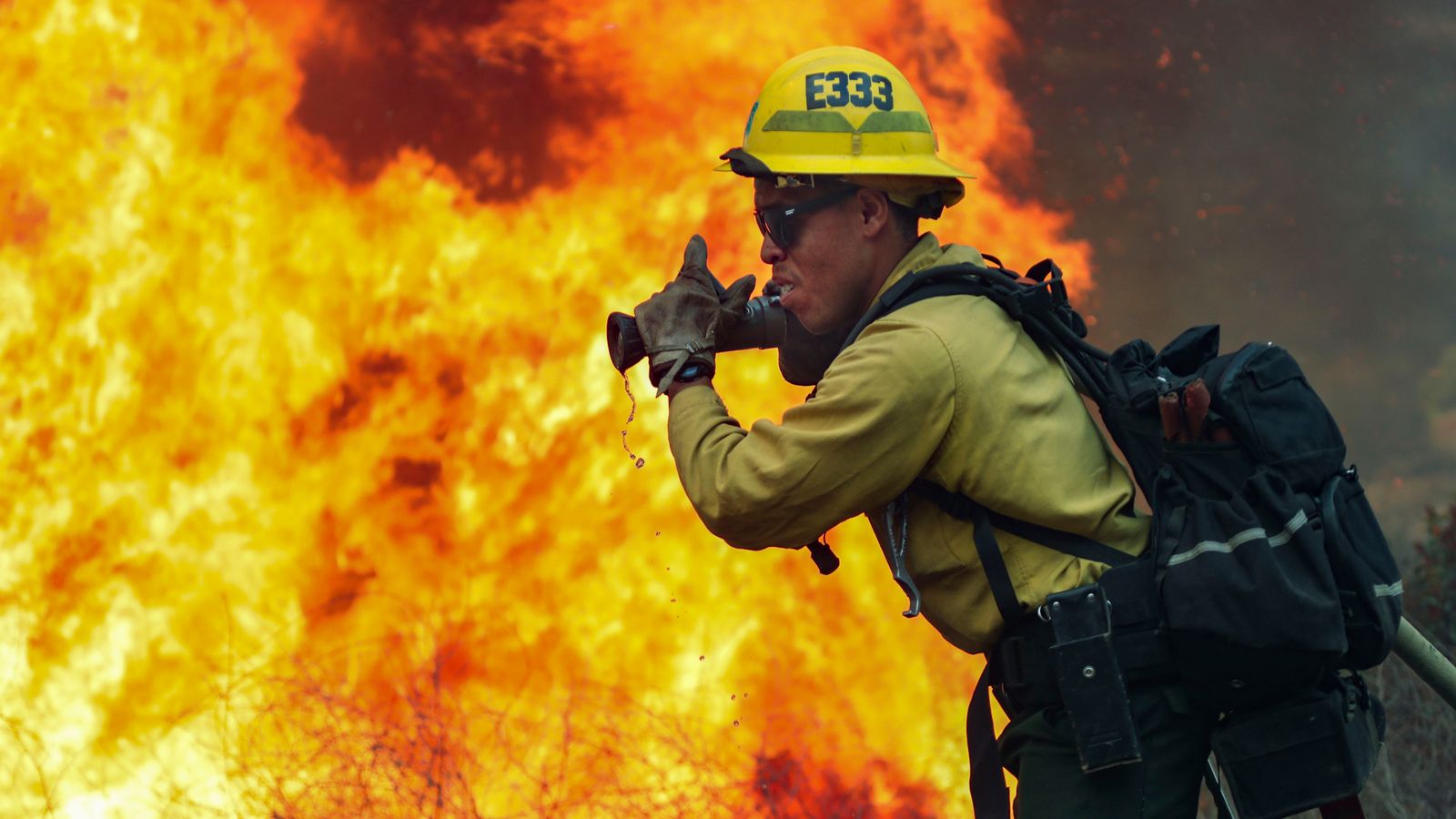 A wildfire that has destroyed more than 7,000 acres and forced 3,000 people to leave their homes was started by a firework at a baby’s gender reveal party, firefighters have said.

The California Fire Department (Cal Fire) said in a statement the El Dorado blaze was caused by “a smoke-generating pyrotechnic device used during a baby’s gender reveal party”.

The fire began on Saturday morning at El Dorado Ranch Park in Yucaipa, about 72 miles (115km) east of Los Angeles.

By Sunday night, it had scorched 7,050 acres and was 5% contained, Cal Fire said.

More than 200 people were airlifted to safety over the weekend after becoming trapped by a fire at a popular camping area in San Bernardino county.

The operation began on Saturday night and continued into Sunday morning.

A photo tweeted by the California National Guard showed more than 20 people packed tightly inside one helicopter, some crouched on the floor clutching their belongings.

It is one of several fires that prompted governor Gavin Newsom to declare a state of emergency in some parts of California.

Dozens of evacuees are evacuated to safety on a Cal Guard Chinook last night after the Creek Fire in central California left them stranded. Photo courtesy California National Guard. pic.twitter.com/mi7X6wchpN

The proclamation includes the cities of Fresno, Madera and Mariposa, San Bernardino County and San Diego County as fires have burned tens of thousands of acres, destroyed buildings and forced thousands of people to leave their homes.

Another blaze, dubbed the “Creek Fire”, has charred more than 45,000 acres of timber as well as homes and businesses, and, despite 800 firefighters battling it for two days, has not been contained.

Other fires broke out in southern California and forced evacuations in San Diego.

The firefighters’ task has been made more difficult by record temperatures across the state.

That matched the high in California’s Death Valley, typically the hottest place in the country.

“By our calculations, over 99% of California’s population is under an Excessive Heat Warning or Heat Advisory today,” the weather service in Sacramento tweeted on Sunday afternoon.

On Saturday, authorities urged people to reduce their power use, warning around three million people were facing loss of electricity, before later thanking Californians and declaring the crisis over.

Eight people have died, while more than 1.5 million acres have been destroyed and nearly 3,300 structures destroyed.