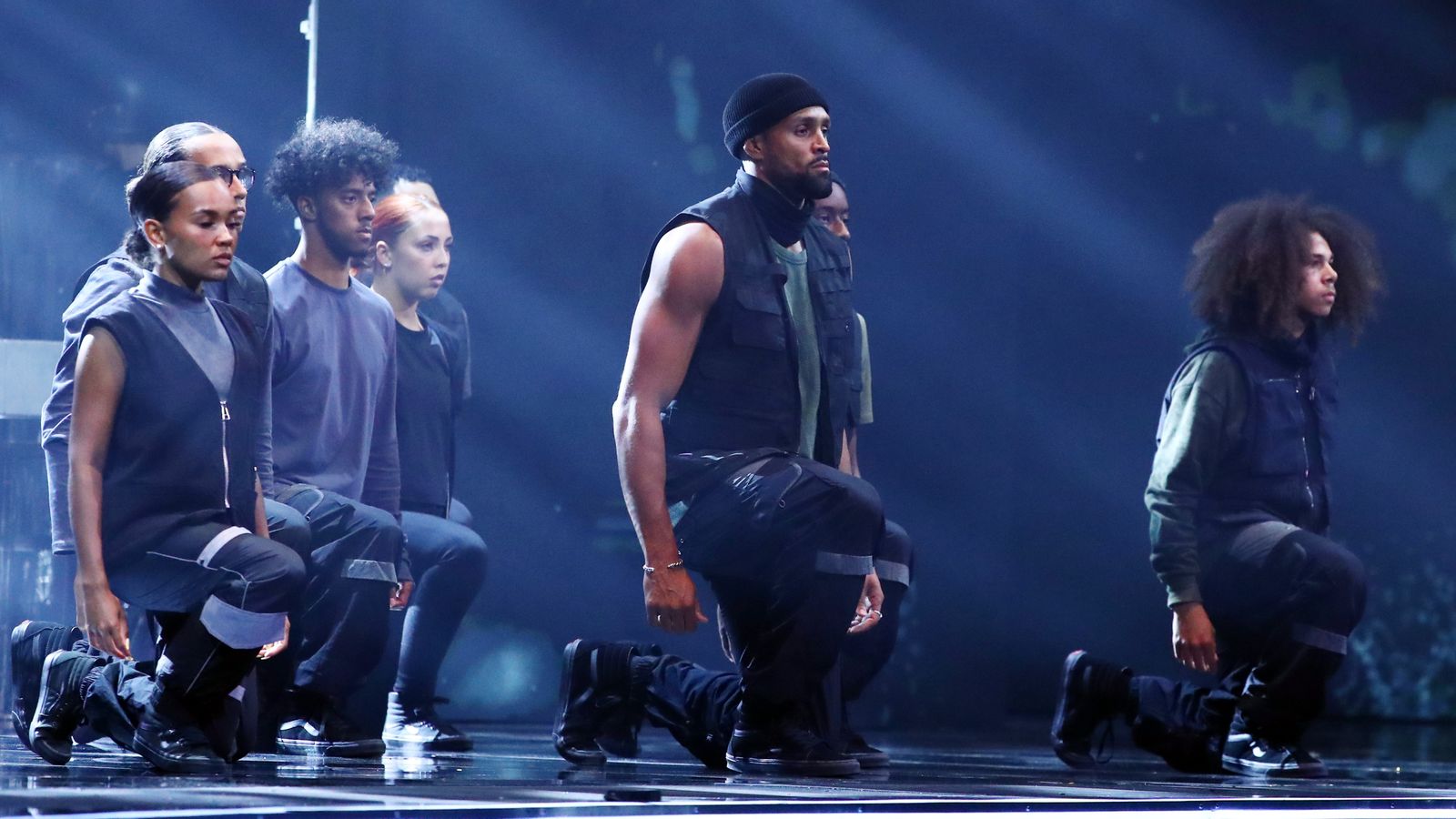 A Britain’s Got Talent dance performance inspired by the Black Lives Matter movement has sparked hundreds of complaints to Ofcom.

The routine by Diversity, previous winners of the show, was performed by the troupe on Saturday evening.

Led by Ashley Banjo, a temporary judge this series following Simon Cowell‘s departure due to a broken back, the performance saw a white police officer kneel on him, echoing the killing of unarmed black man George Floyd, while other dancers performed with riot shields.

TV watchdog Ofcom said it received 1,121 complaints in total about the episode of the show, with the majority linked to Diversity’s dance segment.

A spokesman said: “We are assessing these complaints against our broadcasting rules, before deciding whether or not to investigate.”

Following the routine, the group won praise from many for the powerful performance, with one viewer describing it as “art”.

“Our lives begin to end the day we become silent about things that matter,” he said.

“I’m so grateful and overwhelmed by all of the love and support but also by the amount of conversation this performance has thrown up 🙏🏽 2020 has been such a historical year. One day we will look back and realise it was the start of real change…

“Sending out nothing but love and positivity to everyone reading this post.”

The first half of Diversity’s performance was set to spoken word poem The Great Realisation by Tomfoolery, which reflects on the coronavirus lockdown.

Narration then continued: “But while we all were hidden, under orders of the prime minister, people dusted off their instincts and noticed something more sinister.

“Another disease, deep rooted in our system, fear, hate and ignorance, but racism was the symptom.”

Banjo lay on the floor while the police officer handcuffed him, and other dancers crowded around with smartphones.

“What we thought we knew, some clearly didn’t,” the narration went on. “Black Lives Matter.”

Diversity then all took a knee before the song Black Lives Matter by Dax, featuring the lyrics “I can’t breathe” – the last words uttered by Mr Floyd.

Protests over police violence and racial injustice have taken place in the US and around the world following Mr Floyd’s death in May.