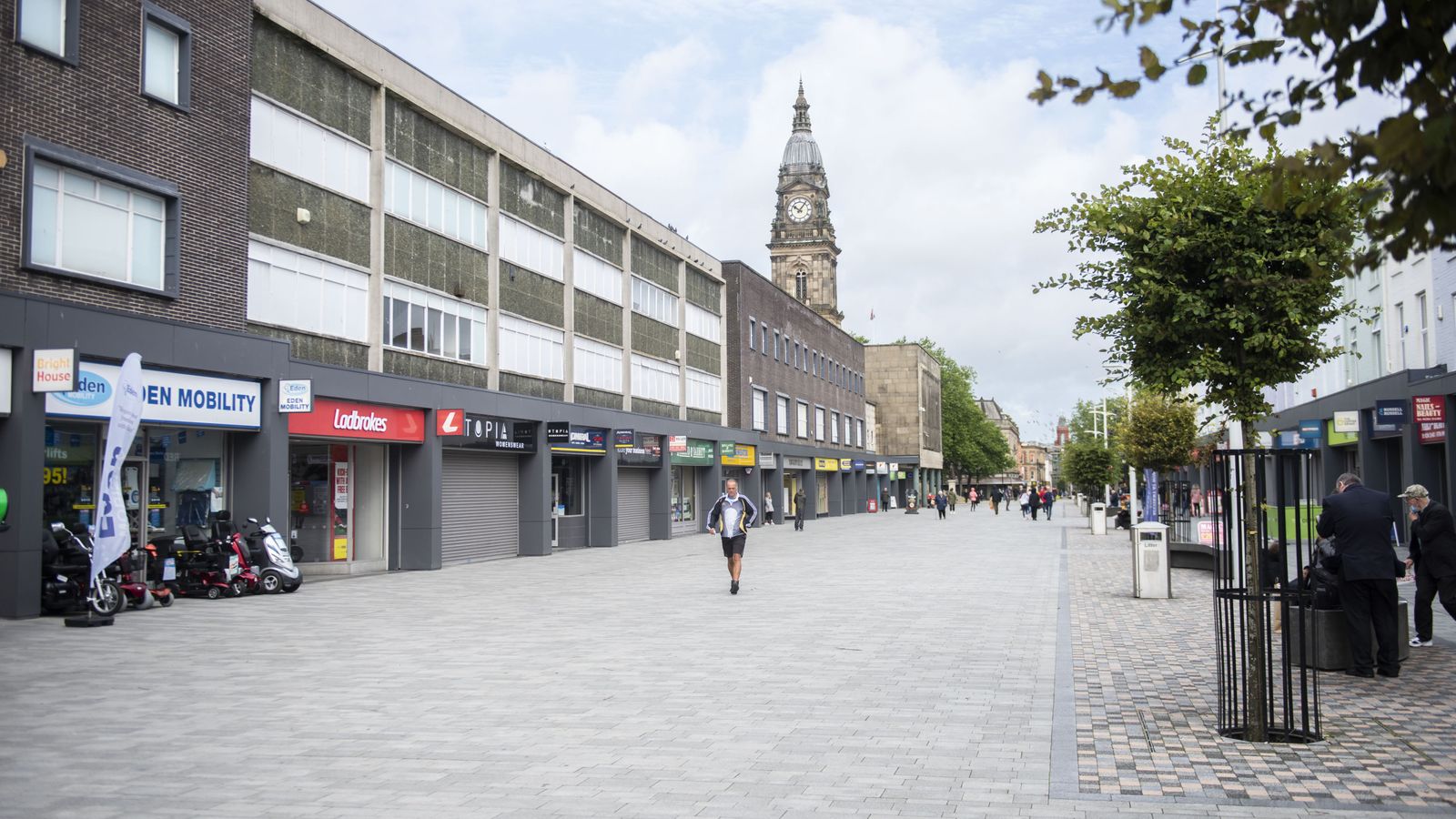 People in Bolton will not be allowed to socialise with those from other households after coronavirus restrictions were tightened in the town.

Restaurants will also be restricted to takeaway only and venues will have to close from 10am to 5am under the measures.

Health Secretary Matt Hancock announced the tighter restrictions in a statement to the House of Commons on Tuesday.

He said: “Unfortunately after improving for several weeks, we’ve seen a very significant rise in cases in Bolton. Bolton is up to 120 cases per 100,000 of population, the highest case rate in the country and I’m publishing the data behind the decisions that we’ve taken.”

The health secretary also said the rise in cases in Bolton is “partly due to socialising by people in their 20s and 30s”.

“And through our contacting tracing system we’ve identified a number of pubs at which the virus has spread significantly.”

Mr Hancock added that visitor restrictions will be put in place in care homes in Bolton as part of the tightened measures.

He told MPs: “We’re also putting in place extra measures including visitor restrictions to restrict the spread of virus into care homes and hospitals in Bolton and I want to thank the leadership of Bolton Council who are doing an outstanding job in very difficult circumstances.”

Mr Hancock added: “And I want to say this to everybody directly living in Bolton – I know how anxious this can be, and I know the impact that these measures will have.

“We’re asking you to take a step back at a time when we all just want to get on with our lives and what we love and back to normal. But we need to take this crucial step to keep the virus at bay.

“Because as we’ve seen elsewhere, if we act early and control the virus then we can save lives.”

The health secretary continued: “Now I know social distancing can be hard, and how it can be extra-tough for students who will be starting university – but please, stick with it and play your part in getting this virus under control.”

A further eight people who tested positive for coronavirus have died in hospital in England, bringing the total number of confirmed reported deaths in hospitals to 29,619, NHS England said on Tuesday.

The patients were aged between 43 and 92 and all had known underlying health conditions.

The dates of the deaths were between 5 September and 7 September.

Another three deaths were reported with no positive COVID-19 test result.