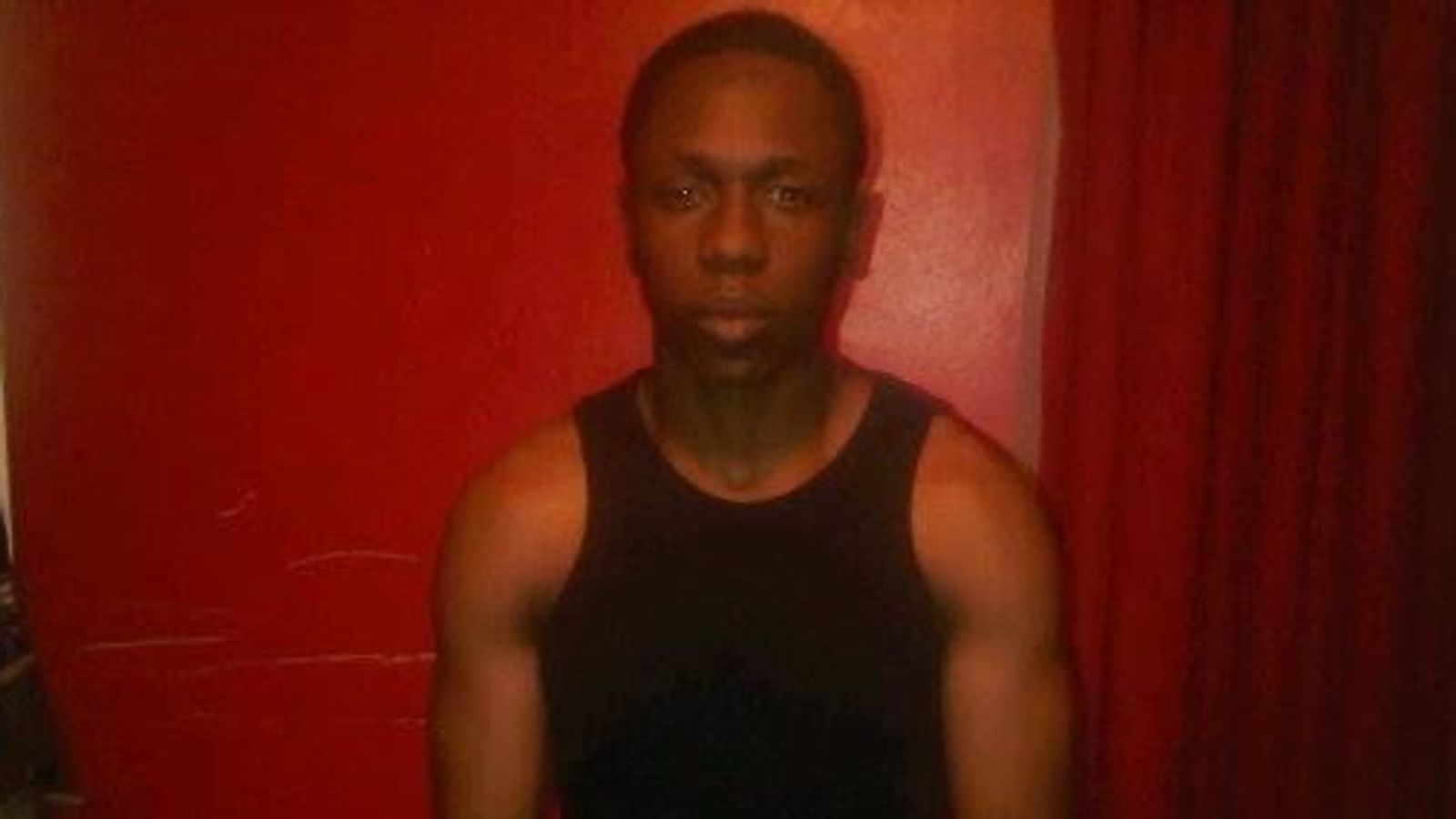 A man has been charged with the murder of Jacob Billington – one of eight people stabbed in Birmingham in the early hours of Sunday.

Zephaniah McLeod, 27, of Nately Grove, Selly Oak, Birmingham, is also accused of the attempted murder of the seven other victims.

Police have so far not released an image of McLeod but Sky News has tracked down one of the first pictures – showing the accused man against a red background.

Mr Billington, 23, was on a night out with school friends from Liverpool, visiting one of their group studying in Birmingham, when he was stabbed in the neck.

Three people are still in hospital after the city centre attack, including Mr Billington’s friend, Michael Callaghan, who is in a critical condition.

A 22-year-old woman, attacked in Hurst Street, is critical but stable, and a man aged 30 is in a serious condition.

The other four victims have been discharged.

Three people arrested on suspicion of assisting an offender were released earlier on Tuesday pending investigation.

McLeod will appear before Birmingham Magistrates’ Court on Wednesday morning.

Mr Billington’s family said in a statement on Monday that he was “a funny, caring and wonderful person who was loved by every single person he met”.

More tributes were paid today by the the university he worked and studied at.

A spokesperson for Sheffield Hallam University said: “Jacob was a Sheffield Hallam graduate and had joined the library as a graduate intern, where his warmth and enthusiasm made him a greatly valued member of our team.

“Our thoughts and condolences are with his family, friends and colleagues at this very difficult time.

“We are providing support to those in our community who have been affected by this tragic incident.”

Mr Billington and Mr Callaghan had both attended the Sacred Heart Catholic College in Crosby, which held prayers for them on Monday evening.

The school said in a statement: “We are saddened at the events in Birmingham which took Jacob’s life and left Michael critically injured.”

“We are praying for Michael’s recovery and will never forget Jacob, his life touched so many in our school.”

Also paying tribute was Mr Billington’s local MP for Sefton Central in Merseyside, Bill Esterton, who said that his friends had acted “heroically” in a bid to save his life.

:: Anyone with information, photos or video which could help is asked to contact police here: https://mipp.police.uk/operation/20HQ19G54-PO1