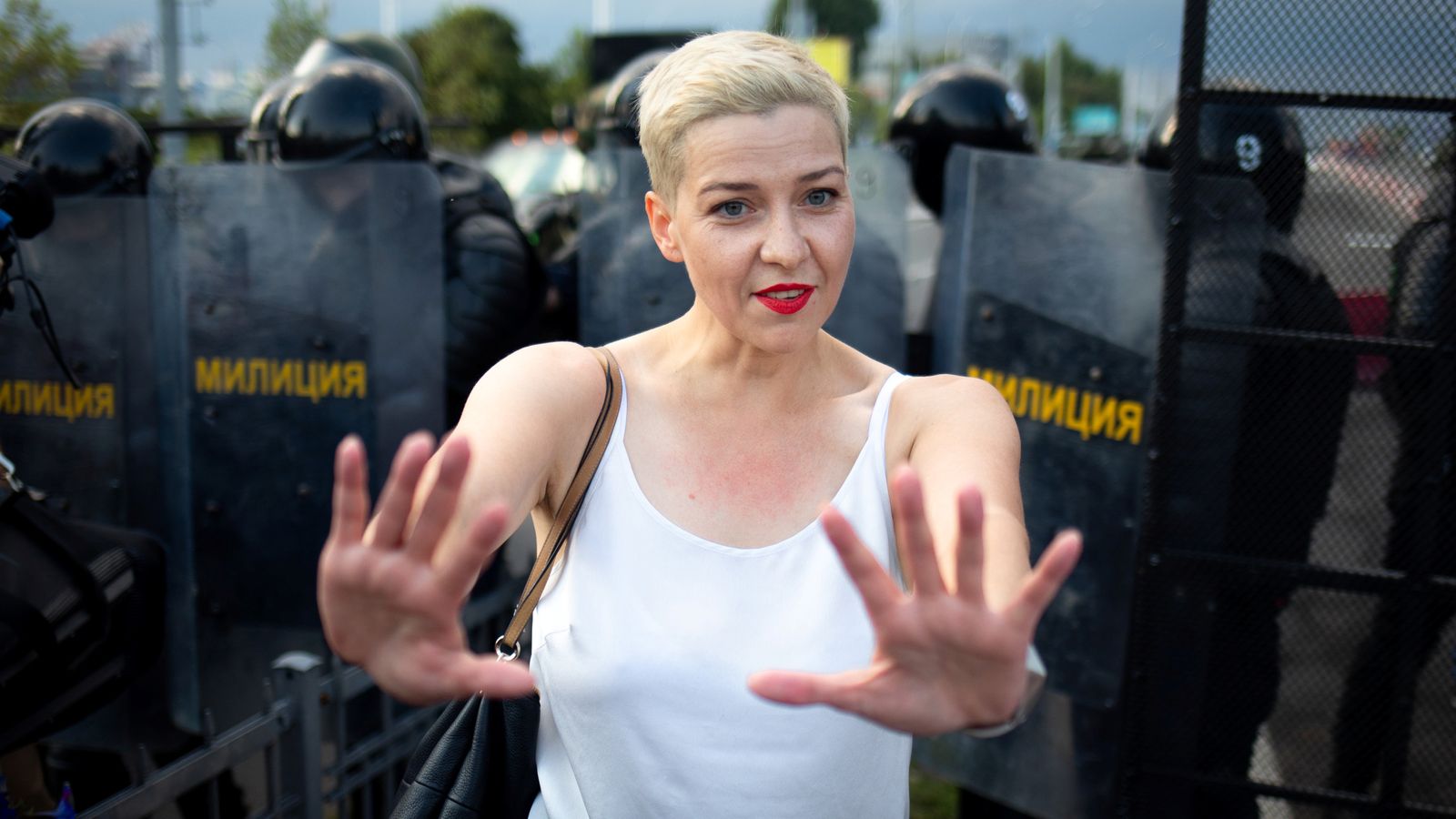 One of Belarus’s most prominent opposition leaders, Maria Kolesnikova, has been detained by state security at the border between Belarus and Ukraine almost 24 hours after she was abducted from the centre of Minsk by masked men.

According to news agency Interfax Ukraine, Ms Kolesnikova ripped up her passport to prevent herself from being forcibly ejected from the country.

In a Facebook post, Ukraine’s deputy interior minister, Anton Gerashchenko, said it was not a voluntary trip but a “violent discharge from their native country with the aim of compromising the opposition”.

The aim of the Belarusian authorities, Mr Gerashchenko said, was to “present everything as though opposition leaders throw hundreds of thousands of protesters into the hands of the Lukashenko regime and then flee to cozy Ukraine”.

It is the latest development in the unrest the country has been experiencing since a disputed presidential election last month.

President Alexander Lukashenko, who has been dubbed Europe’s last dictator, won more than 80% of the vote, according to officials.

But opponents claim the ballot was rigged to disguise his loss of public support. He has been in power since 1994.

Another opposition politician, Svetlana Tikhanovskaya, who was forced to flee to Lithuania after running against President Alexander Lukashenko in the disputed elections, demanded Ms Kolesnikova’s immediate release.

“You can’t keep people hostage,” she said in a statement, adding: “(By) abducting people in broad daylight, Lukashenko demonstrates his own weakness and inadequacy.”

She also called for the release of all political prisoners.

Ms Tikhanovskaya’s husband, Sergei Tikhanovsky, was jailed shortly before the presidential elections in which he had hoped to run.

Ms Kolesnikova worked as the campaign manager for a jailed candidate, Viktor Babariko, until she decided to campaign behind Ms Tikhanovskaya on his behalf.

Ms Kolesnikova was apparently abducted on Monday morning. An eyewitness told the Tut.by news website she saw her being bundled into the back of a black van at around 10am near the National Art Museum.

President Lukashenko was cited on Russian news agencies as saying Ms Kolesnikova had been detained for violating border controls.

Roman Babayan, editor in chief of the Govorit Moskva radio station, who spoke to him in Minsk, wrote on Telegram that Mr Lukashenko admitted he “may have overstayed as president a bit”, but could not leave immediately.

“I’ve been building up Belarus for a quarter of a century,” Mr Babayan cited Mr Lukashenko as saying. “I won’t give all that up just like that. Besides, if I go, my supporters will be massacred.”

President Lukashenko is due to meet Russian President Vladimir Putin in Moscow in the coming days.

Kremlin press secretary Dmitry Peskov said today he did not believe there were any political prisoners in Belarus, but that he hoped the situation around Ms Kolesnikova would be cleared up.