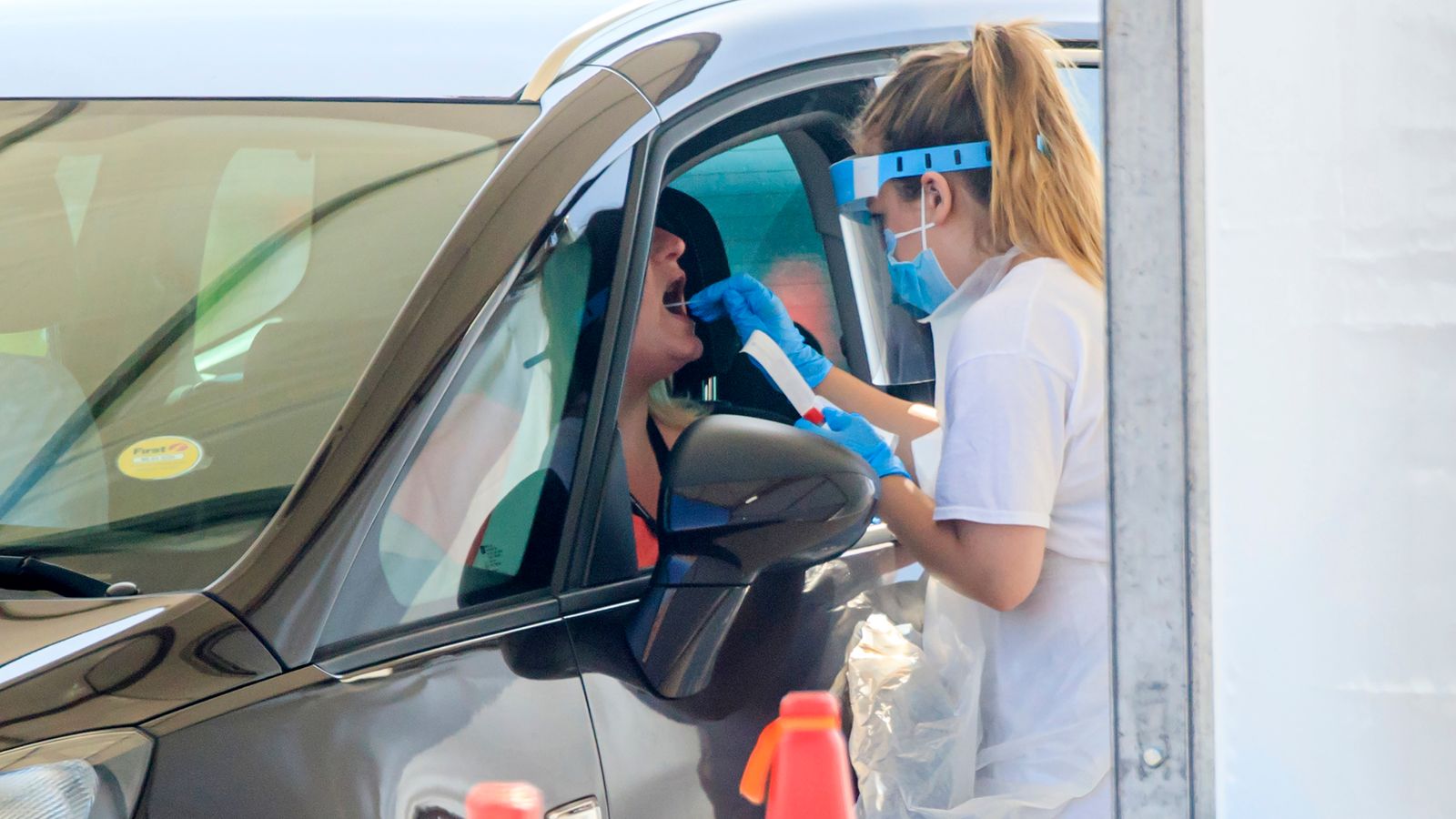 The health secretary has appeared to blame people without coronavirus symptoms getting tested inappropriately for the system reaching its limit.

Matt Hancock told Sky News’ Kay Burley programme the reason many people have reported being unable to book a test is because the proportion of those asking for them who have no symptoms has risen to 25%.

“We have seen an increase in demand including from people who are not eligible for tests, people who don’t have symptoms,” he said.

“You are eligible for a test if you have symptoms of coronavirus or if you have a very specific reason otherwise.

“We have seen an increase, and about 25% of people who are coming forward don’t have symptoms and aren’t eligible.”

It comes after a spike in COVID-19 infections led to warnings people have “relaxed too much” and the law being changed to curb the maximum number allowed to socialise from 30 down to six in England from Monday.

But those keen to get tested have been met for several days by an error message on the government website, telling them the “system is currently unavailable”.

The head of testing at Whitehall’s Test and Trace operation previously blamed laboratories processing tests, saying they have reached a “critical pinch-point”.

Mr Hancock admitted it could take weeks for the problem to be fixed.

Labour has accused ministers of “failing to get even the basics right” and “blaming everybody but themselves”.

Rachel Reeves, the shadow Cabinet Office minister, told Sky News: “This is a government who promised a world-beating system. Frankly, at the moment, we would just like one that works and we don’t even have that.”