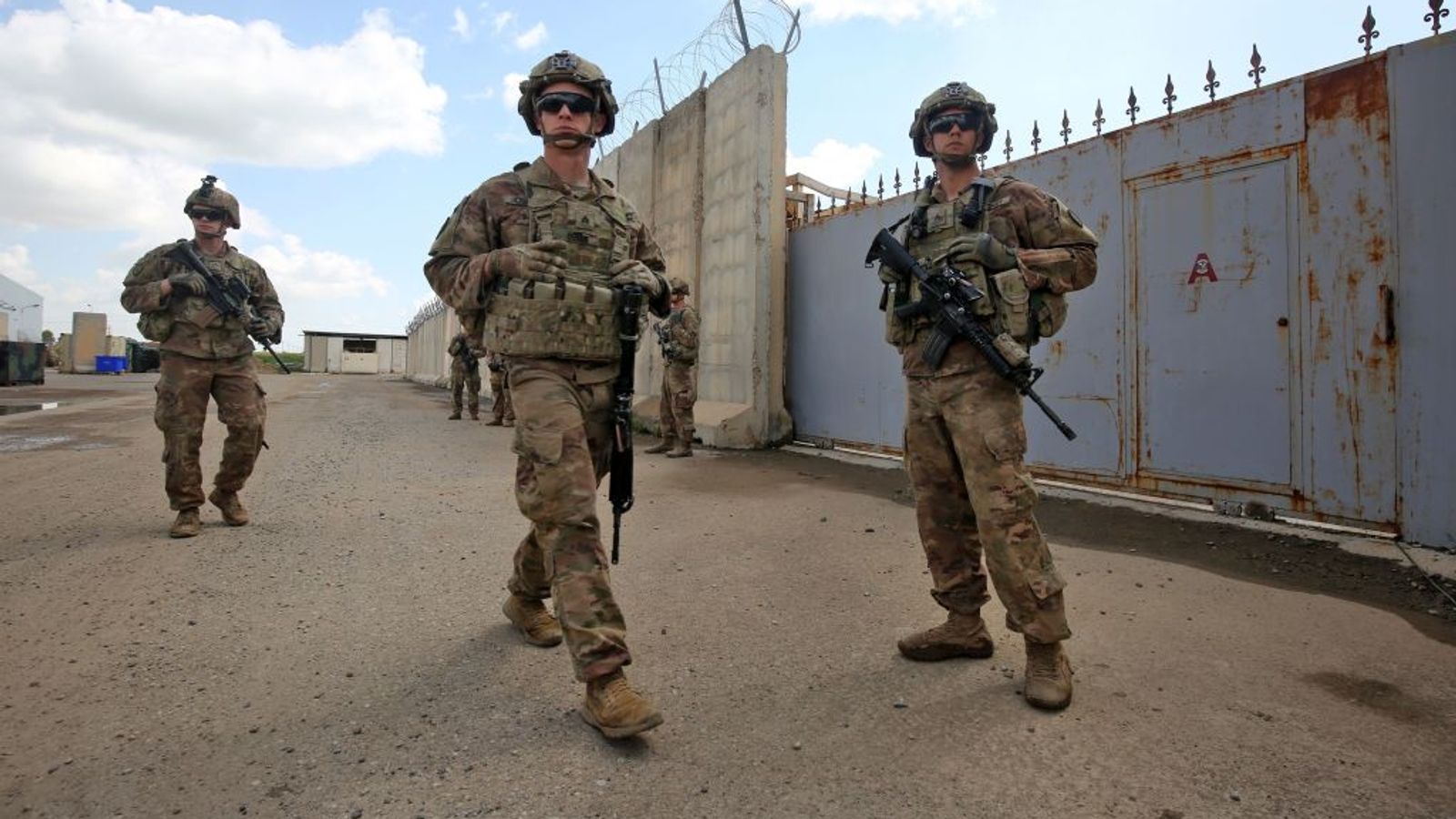 The US military has formally announced that 2,200 of its troops will be withdrawing from Iraq this month.

The move had been widely expected.

The US has around 5,200 troops in the country that were deployed to fight the Islamic State militant group.

Officials in the US-led coalition say Iraqi forces are now mostly able to handle the remnants of IS on their own.

“We are continuing to expand on our partner capacity programs that enable Iraqi forces and allow us to reduce our footprint in Iraq,” said the head of US Central Command, Marine General Frank McKenzie, during a visit to Iraq.

In June, the US and Iraq affirmed their commitment to the reduction of troops in the country, with no plans by Washington to maintain permanent bases or a permanent military presence.

In the 2016 White House race, Donald Trump campaigned on ending America’s “endless wars,” but US troops remain in Afghanistan, Iraq and Syria.

The announcement comes as the president tries to secure a second term in office.

The administration has said it also intends to announce further troop withdrawals from Afghanistan soon.