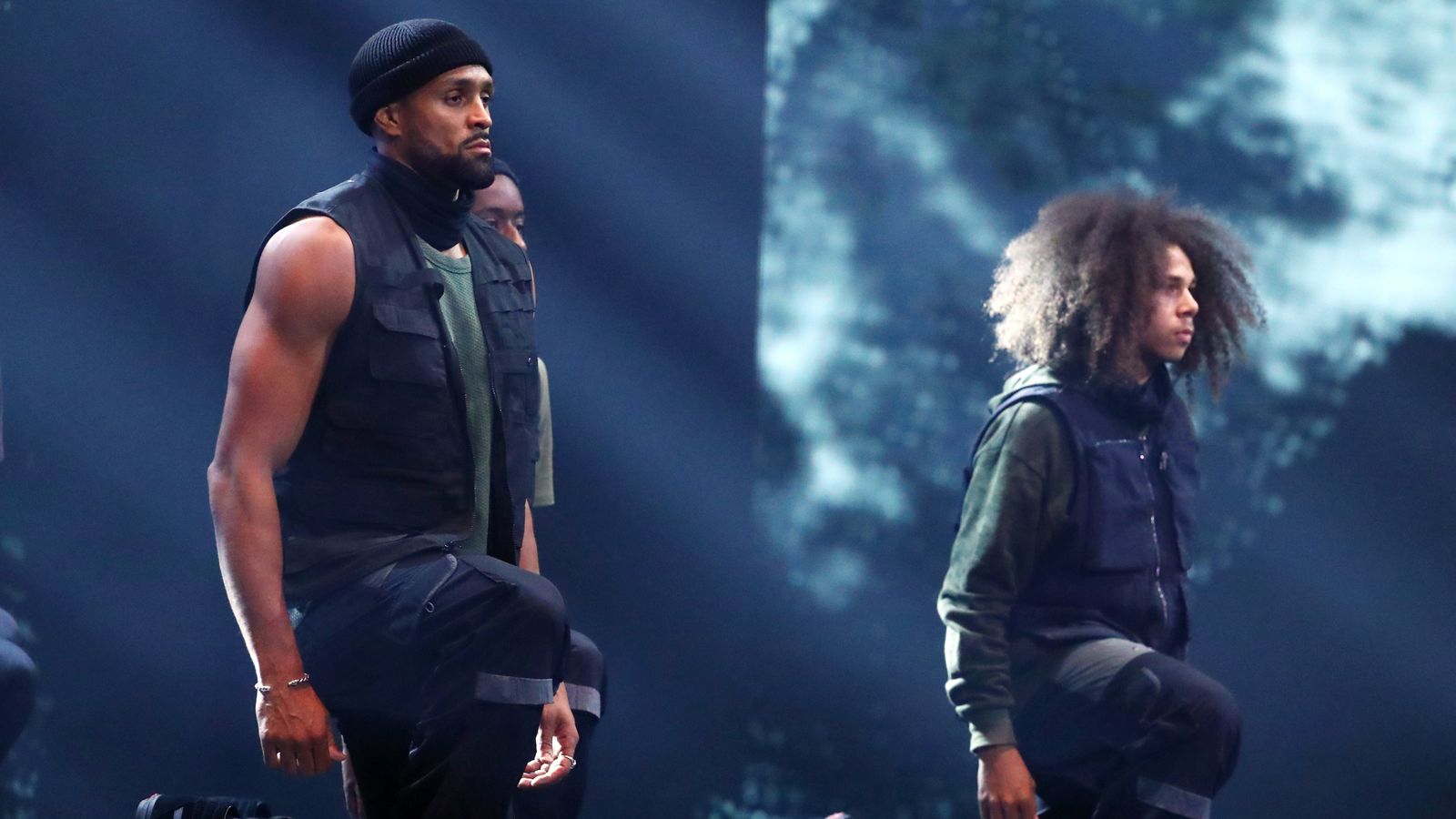 More than 7,500 people have now complained to Ofcom following a dance inspired by the Black Lives Matter movement performed on Britain’s Got Talent.

Following the routine by previous winners Diversity on Saturday night, hundreds of people complained to the media watchdog in the hours that followed. As the story made headlines this week, the numbers continued to increase.

On Wednesday evening, Ofcom said it had received 7,581 complaints over the Britain’s Got Talent episode in total, with almost all relating to the routine. It did not give any details about the nature of the complaints.

Led by Ashley Banjo, a temporary judge this series following Simon Cowell‘s departure due to a broken back, the performance saw a white police officer kneel on him, echoing the killing of unarmed black man George Floyd, while other dancers performed with riot shields.

On Wednesday, the dancer posted this picture and statement on Instagram.

The post has received more than 75,000 likes and comments of praise from fans and supporters, including fellow Britain’s Got Talent judge Alesha Dixon, who said: “The can kiss my black a**!” (sic).

Singer Paloma Faith commented: “Anyone with half a heart is behind you, me included! You are amazing.”

Banjo’s brother Jordan, a radio presenter and also a member of Diversity, addressed the controversy on his KISS radio show on Wednesday.

He said that since Diversity won Britain’s Got Talent 11 years ago, they had “never, ever” received such a big response to one of their performances.

“Normally it’s always love, and of course you get some critique, but normally it’s focused on the dance,” he said. “And this one, it was different… it was really important, it was special to us.

“We’re all about positivity and love and we got so much positivity and love back from this one, but we also got bombarded with messages and articles, horrible stuff about all of us, about our families, about how even now Diversity isn’t diverse enough because there’s only five white people in it, like, man…”

Becoming emotional, he continued. “I can’t speak for anyone else, but it’s sad. It’s sad, genuinely. I feel anxious and worried, saying something like Black Lives Matter, when that’s all we want, just love and positivity. No one’s saying only black lives matter.”

Diversity’s performance was set to spoken word poem The Great Realisation by Tomfoolery, which reflects on the coronavirus lockdown, but then continued to add narration about the Black Lives Matter movement.

“Another disease, deep rooted in our system, fear, hate and ignorance, but racism was the symptom,” it said.

Banjo lay on the floor while the police officer handcuffed him, and other dancers crowded around with smartphones.

“What we thought we knew, some clearly didn’t,” the narration went on. “Black Lives Matter.”

Ofcom has said it is assessing the complaints before deciding whether or not to investigate.

In December last year, the watchdog released details of the most complained about TV episodes of the decade, 2010 to 2019.

An episode of Celebrity Big Brother featuring actress Roxanne Pallett in 2018 topped the list by a long way, with more than 25,000 complaints.

In the episode, former Emmerdale star Pallett accused fellow soap actor Ryan Thomas, best known for Coronation Street, of punching her – and later apologised for overreacting to what appeared to be no more than playfulness.

It was followed by an episode of Loose Women, broadcast in the same year, which received more than 8,000 complaints. The episode included an interview with TV cleaning star Kim Woodburn that resulted in her walking off set.