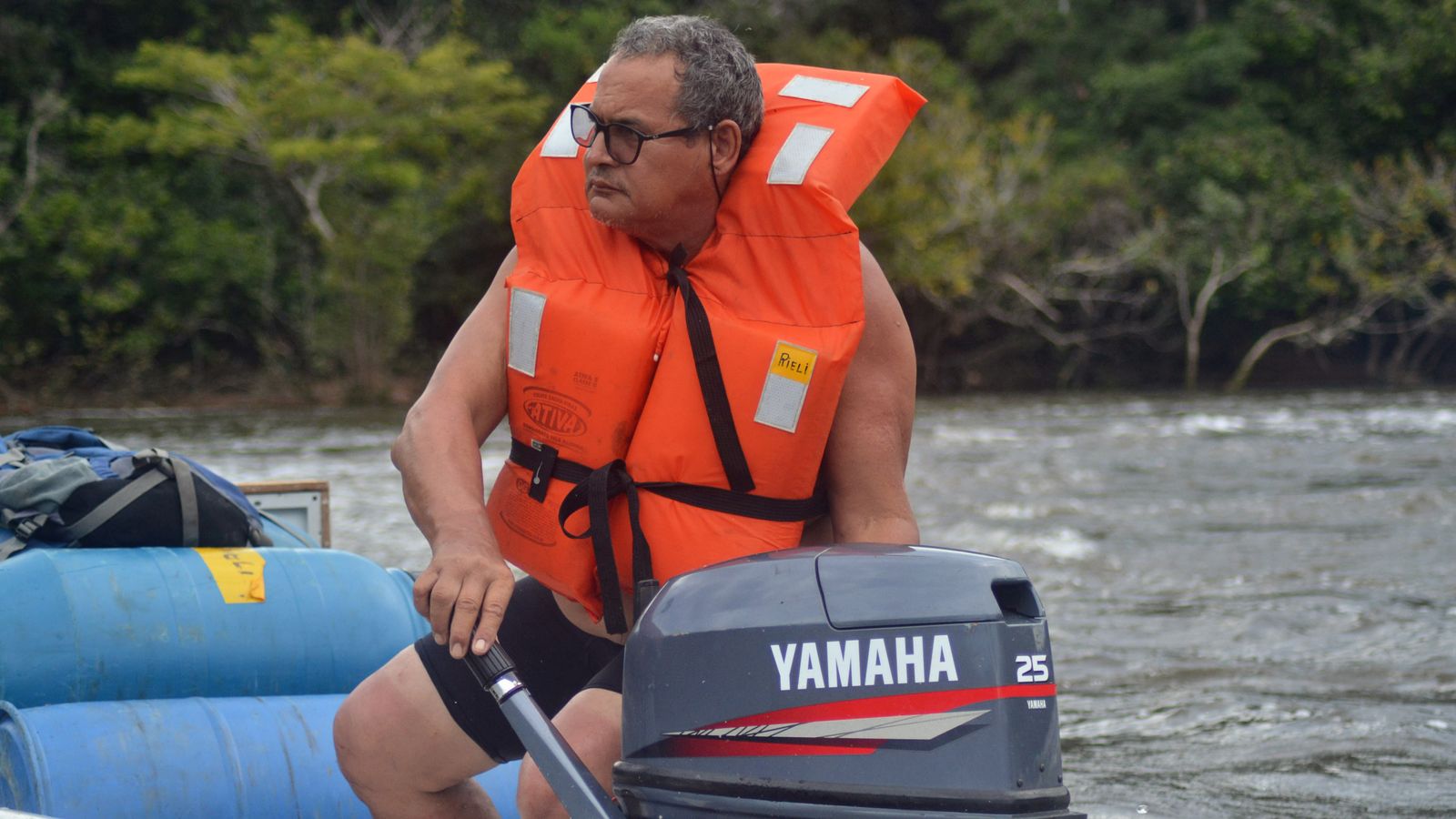 An expert on Amazon rainforest tribes has died after being shot near the heart with an arrow by an uncontacted indigenous group.

Rieli Franciscato, 56, “pulled the arrow from his chest” before succumbing to his injuries after he was struck, witnesses said.

The incident happened on Wednesday as the government worker tried to introduce himself to the group.

The meeting was happening in the forest near the Uru Eu Wau Wau reservation in the western Brazilian state of Rondonia, near the border with Bolivia.

A policeman who was present said: “[Mr Franciscato] cried out, pulled the arrow from his chest, ran 50m and collapsed, lifeless.”

The Kaninde Ethno-Environmental Defence Association – which the 56-year-old helped found – released a statement saying the indigenous group who fired the arrow have no way to tell if an outsider is a friend or foe.

Mr Franciscato had spent his professional life at Brazilian government agency Funai, where he worked to establish protective reservations for the country’s tribes.

Under Brazilian President Jair Bolsonaro there has been greater pressure placed on the agency as the country’s leader seeks to undermine it.

A former head of Funai – Sydney Possuelo – said Mr Bolsonaro had kept his campaign promise to destroy the agency which seeks to defend the rights of aboriginals.

He added the government had defunded Funai and left it without the staff needed to keep its isolated posts secure, just as increasing land invasions increased the risk of violent clashes.

Loggers, gold miners and illegal land grabbers have all been seen encroaching into the Amazon during Mr Bolsonaro’s tenure.

Ivaneide Cardozo, Mr Franciscato’s friend and co-founder of the Kaninde Association, said: “We are feeling bewildered by so many deaths in this Brazil that no longer respects indigenous rights.”

Mr Possuelo added: “Rieli was a calm, methodical, soft-spoken man who knew the dangers very well, but he was alone and so he went to ask the police to accompany him.”

He went on to say that the presence of the police with Mr Franciscato may have triggered the attack.

In the past, Mr Bolsonaro repeatedly proposed the need to integrate the tribes – who he has described as living “like cavemen” – into broader Brazilian society.