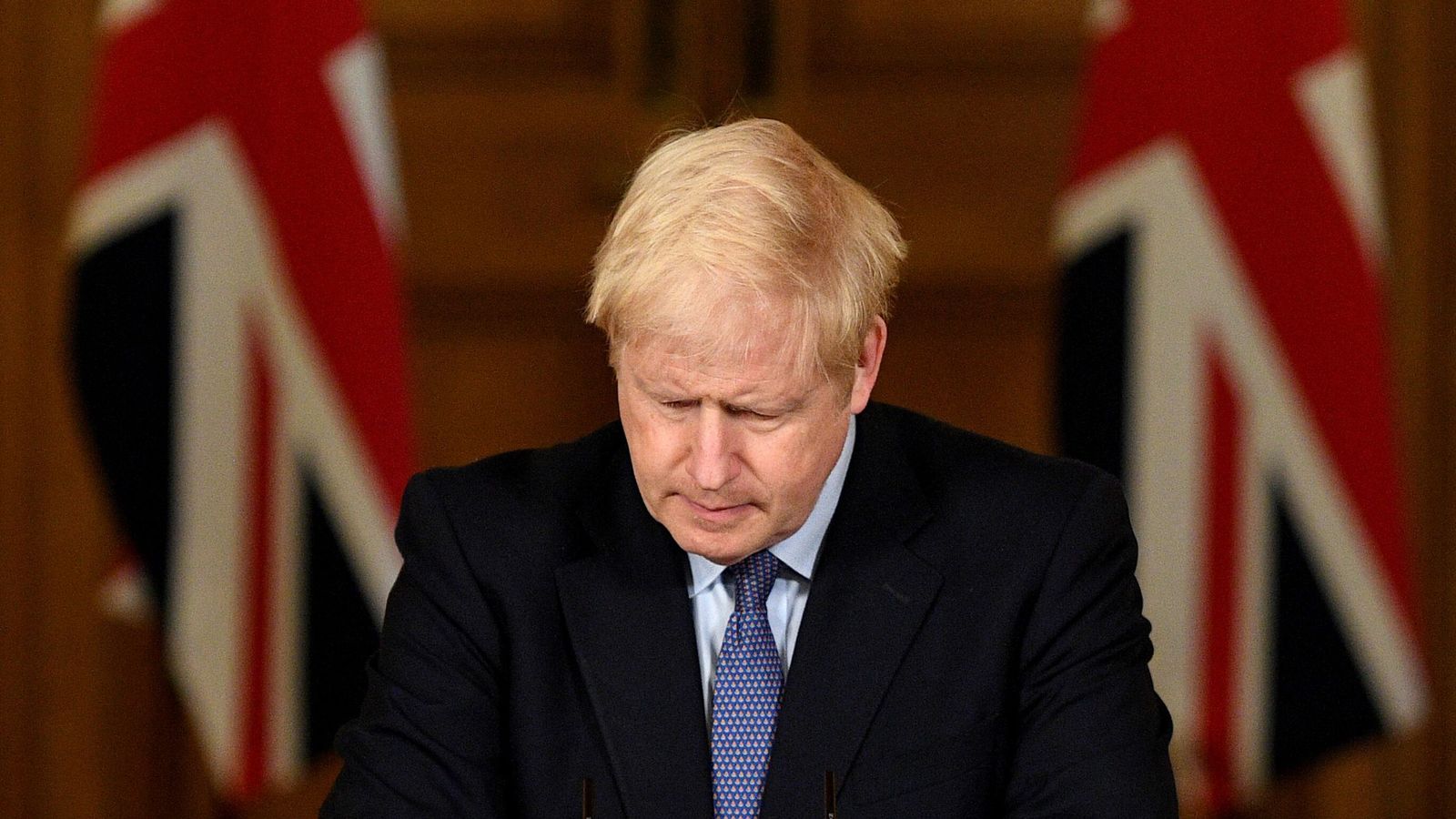 A second national lockdown. It was something that the prime minister said would be a “disaster” for this country and something he vowed to do “everything in his power” to avoid. But now Mr Johnson is poised to announce exactly that.

The measures are still under discussion – with a cabinet meeting planned this afternoon – but on the PM’s table is a month-long lockdown through November.

The public is expected to be asked to stay at home once more. But unlike the last lockdown, the prime minister will keep schools, colleges and universities open.

The hope is that the action would slow the spread of the disease and allow ministers to ease restrictions into Christmas.

Under plans being discussed today, the government would use its tiering measures to allow different regions to come out of the national lockdown at different points depending on the rate of infection.

Live updates on coronavirus from UK and around the world

It is undoubtedly politically extremely difficult for a prime minister who has robustly rejected calls for a national lockdown for weeks.

Many of his MPs are this morning furious at the prospect of this U-turn, with some senior ministers pressing the prime minister to stick with his regional approach and introduce a new stricter ‘Tier 4’ rather than locking the entire country down.

But the numbers of cases and projections of ICU cases are “terrifying” to quote one senior government figure.

“Politically it would be easier to keep with the regional approach and introduce a new tier rather than nationwide measures, but our first duty is a moral one,” a senior government figure said. “And that makes it easier to take these difficult decisions.”

The papers, presented at a meeting on Friday between the prime minister, Chancellor Rishi Sunak, Health Secretary Matt Hancock and Cabinet Office minister Michael Gove, show that “all models suggest a significantly higher peak than those estimated at any point in the current ‘Reasonable Worst Case Scenario'”.

The document says “median peak infections are projected to be 50% to 150% greater” than those in the first wave.

The warnings have been there for weeks. Documents released by SAGE revealed that ministers had been told the pandemic was on course to breach the “reasonable worst-case scenario” drafted by the Cabinet Office.

85,000 deaths had been the planning assumptions over the winter – but the data is worsening.

At the heart of No 10’s concern is NHS capacity. One document circulating in government paints the picture of an NHS unable to accept more patients by Christmas, with hospitalisations forecast to peak in the middle of December before falling again in the new year.

The prime minister was expected to announce his plans on Monday, but No 10 may decide this weekend to bring forward announcements following a leak of the meeting between the PM and his three cabinet ministers on Friday night.

No 10 are furious that the details of national measures have been leaked to journalists and have launched an official inquiry.

This is a U-turn that may well be fiercely contested by his own MPs and seized upon by his political opponents who called for the PM to follow the advice from his own scientific advisers and introduce a short two-week lockdown in October.

Mr Johnson refused, and now we look to be moving into a month-long lockdown in November instead.