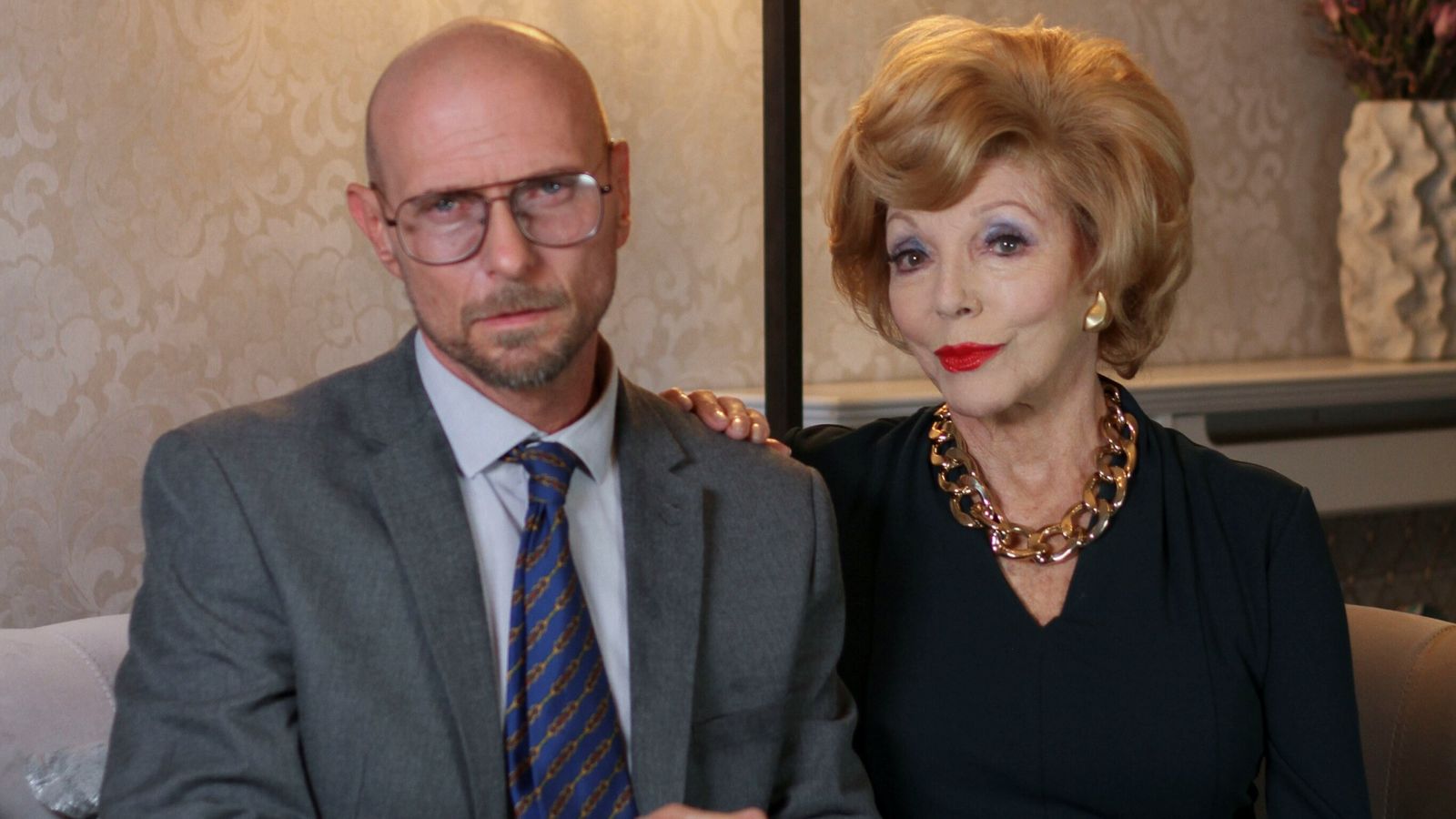 Luke Goss knows what it is like to lose everything.

For a short window in the late 1980s and early ’90s, alongside his twin brother Matt he was one of the biggest pop stars in the world. Until suddenly he wasn’t anymore.

The story of Bros and the brothers’ road to recovery was well detailed in the award-winning documentary After The Screaming Stops, released in 2018. Since his pop heartthrob days, Luke Goss has gone on to reinvent himself in Hollywood, with films including Blade II and Hellboy II among the dozens of acting credits he has notched up.

Now, he is the leading man in a British Christmas film, The Loss Adjuster, about a man who is “broken” and “at his absolute limit emotionally, financially, on every level”, Goss says. It is a character he can “immensely” relate to.

“I’m an advocate now of candour, I’m an advocate now [for] transparency,” he tells Sky News in a Zoom interview from Los Angeles. “It’s been long enough where people feel that they’re a freak in the room for feeling pain, they’re a freak in the room for being very sensitive or having emotions that are tethered to the surface of their skin. Yeah, I can relate to it. I’ve had beautiful things in my life, I’ve lost everything, I got it back, I’ve had to work.”

After carving out a career in acting, Goss moved to Los Angeles four years ago to really make a go of it, taking on three or four auditions a day, he says. He was determined, but alone.

“There’s some lonely nights or two there. But I think that’s what unifies us… our struggles,” he says. “I think this role has many, many opportunities to correlate with my life – love, finances, struggle, being overwhelmed.”

Going through “all of the above” as a famous man was hard, Goss says. “But fame is really… sometimes it exacerbates the intensity, but it’s really still the same version of what everyone else is going through.”

In his new film, Goss plays insurance loss adjuster Martin Dyer, whose wife (played by Coronation Street’s Kym Marsh) leaves him as he is facing financial hardship, and the week before Christmas to boot. The title doesn’t exactly scream feelgood festive vibes, but that’s the point, says Goss. And of course, his loss is about more than just figures on a spreadsheet.

Once his character was stripped bare – metaphorically and literally – “he realised there was an opportunity”, he says.

“Those he loves let him down, he doesn’t have the means to support himself. He’s afraid, he’s tired, he’s broken. But the story’s about finding your self-worth again, by maybe standing up a little straighter, even through all that weight on your shoulders, somehow one can find themselves again.

The film has that typical British quality of merging sadness with comedy, Goss says.

“Not everyone does that very well, but I think the Brits are brilliant at it. This story is that and it’s quite timely…

“Christmas is sometimes a time that can bring extra joy or it can exacerbate the loneliness or the struggle, because you think, wow, while everyone’s saying ‘yay’, you’re sitting there wondering how are you going to pay the gas bill.”

The Loss Adjuster also stars Martin Kemp, Lorna Fitzgerald and Dame Joan Collins, as well as Goss and Marsh. It was filmed pre-pandemic, so entirely without the restrictions film sets have had to become accustomed to in 2020.

“It was always planned to be a 2020 release for Christmas, but none of us had an idea [that it] would be so bloody relevant,” says Goss. “I mean, who saw it coming, none of us. But I think it’s quite an interesting story because it isn’t as sparkly a Christmas movie as normal.”

It might not start off sparkly, but one good thing to happen to Martin Dyer is a dalliance with Collins’ amorous widow, Margaret Rogerton-Sykes.

“She’s been in the business so long and from a time where professionalism is very much expected – lines, etiquette, the way she would communicate,” he says.

“I was very excited to get to set that day. And she was everything and more I had hoped and frankly, more on it than the young bucks out there. She’s like, ‘we’re here to work’.

“Certainly as a producer myself and a director, I’d love to work with her again. She definitely brings a vibe and a glamour and also a star quality to set.”

Outside of acting, Goss has a number of projects on the go. He paints, is producing a film and is also releasing music as a solo artist. And it seems the pandemic has made him even more appreciative of the good things in his life.

“Art, music, films, as much as I can do just to keep bringing things to the people that supported me for 30 years, which, you know, I just want to keep doing what I can,” he says. “I am so appreciative, I’m so thankful for the support I have. I’m so aware of it, it just seems very vivid to me. I don’t know, I just want to give them all a big, big hug, if I could.”

There’s also, he says, 30 years since their last studio album, a new Bros record on the way in 2021.

“New Bros album next year, guaranteed,” he says. “Matt and I were talking extensively about that a few days ago. He’s got his solo stuff and mine, it’s a perfect opportunity to bring those together and make the definitive Bros album. Because frankly, musically, I’m super proud of it these days.”

The Loss Adjuster is out now in select UK cinemas, and also available on DVD and on demand