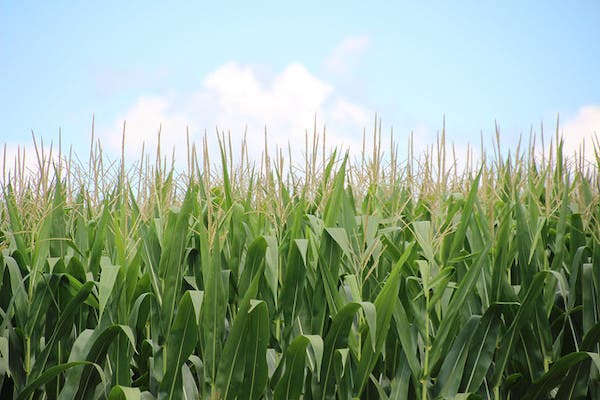 US farmers have been on the the front lines of the renewable energy revolution, and they are in the vanguard of yet another clean tech trend that could finally help the distributed wind industry get the attention it deserves. If all goes according to plan, farms across the country will sprout wind turbines attached to devices that spit out green ammonia for fertilizer and zero emission fuel.

Minnesota eyeballs renewable energy to make fertilizer and fuel from water and air, kicking natural gas and diesel off the farm (photo: US Department of Agriculture).

Distributed wind is a branch of the renewable energy field that usually gets overshadowed by the latest EV news or the biggest solar array or some such all. It refers to turbines that are used to generate electricity for on-site use, say at a factory or a farm. It also refers to turbines that feed directly into a local distribution system.

The turbines could be any size, but distributed wind is typically associated with smaller turbines, which is probably why the media spotlight rarely shines on it.

Nevertheless, the US Department of Energy is a big fan. They envision peppering the countryside with wind turbines that contribute to overall resiliency and security into the nation’s electricity supply, as part of a broader focus on renewable energy and distributed energy resources.

That brings us to the farmers. The problem is how to make a wind turbine or two worth the cost of installation. Green ammonia could provide the solution, by providing farmers with a value-added system that takes advantage of unused wind power at night or during other low-demand periods.

Green ammonia could also open up the wind turbine market to farmers with “stranded wind” assets, meaning they have plenty of wind but lack access to electricity transmission infrastructure. Ammonia can be transported by road, rail, or pipeline, so converting wind energy to green ammonia opens up new options.

The Rise Of The Green Ammonia-To-Table Farm, Eventually

Most of the world’s ammonia comes from fossil sources, so it is due for a green makeover anyways, regardless of the renewable energy angle. As applied to the distributed wind sector, the basic idea would be to deploy electricity from wind turbines to run a system that produces ammonia from water and air.

If that sounds a bit wacky, it would have just a few years ago, when the cost of renewable energy was still relatively high. Now that costs have come down, “splitting” hydrogen from water with electricity from wind and solar resources is becoming a thing, and extracting nitrogen from ambient air is already a thing. Add one nitrogen to three hydrogens and you get NH3, the formula for ammonia.

As for bottom line benefits, farmers who can deploy their own renewable energy resources to make their own fertilizer and fuel would get some relief from price spikes and uncertainty in the commodities market. That’s over and above the benefit of generating renewable electricity for use on site.

There being no such thing as a free lunch, there are a couple of wrinkles to smooth out before things get going.

One challenge involves tailoring an intermittent, variable renewable energy resource into a steady, reliable stream of electricity to power the green ammonia system.

The other challenge involves scaling down the system down to an appropriate size. Ammonia production involves a well known, proven technology called the Haber-Bosch process, but it is typically used in large-scale centralized facilities.

Easier said than done, but the payout could be huge. Our friends over at Farm Progress took a deep dive into the topic all the way back in 2011 through a research project and pilot plant under the University of Minnesota umbrella, and they noted that a domestic security issue is at work. With much of the nation’s fertilizer production moved overseas, the US food supply is all the more captive to global commodities markets.

Farm Progress also cited a 50% or more cut in greenhouse gas emissions related to growing corn in the Midwest under a locally produced green ammonia scenario, partly by removing natural gas from the ammonia supply chain and subbing in renewable energy.

In another interesting twist related to transportation, Farm Progress also noted that farmers in some regions have to compete with other users for access to freight rail for long distance shipping. Local ammonia production would relieve that bottleneck while providing long term supply chain security.

Thanks To The Deep State, Stranded Wind Energy Gets Unstranded

It’s been a long haul but the research is beginning to bear fruit. The University of Minnesota updated the project in February 2018 under the banner of helping farmers tap into their stranded wind assets. In addition to transportation and fertilizer production, the school focused on the use of green ammonia as a long-duration form of energy storage.

The UM project is part of the Energy Department’s ongoing REFUEL initiative, which aims specifically at deploying renewable energy to produce ammonia. That’s of interest from a political perspective, considering all the talk about “deep state” and what-not.

US President* Donald Trump has aligned himself with fossil fuel stakeholders, but throughout his term in office, the Energy Department has continued to promote green ammonia and other cutting edge technology that squeezes fossil resources out of the picture in favor of renewable energy.

There goes that pesky deep state again! Well, at least somebody is paying attention to global energy trends and working to ensure that the nation is not left mired in 20th century technology as the rest of the world pivots to a more sustainable economy, while also helping US farmers gain a new stream of revenue by tapping into renewable energy resources.

In its 2018 update, UM noted that the world’s leading engineering firms and ammonia producers, including Siemens, IHI Corporation, and Yara, were already dipping into the green ammonia economy. You can add CF Industries to the list, as the company recently announced a plan to add green ammonia system to its facility in Donaldson, Louisiana.

UM’s West Central Research and Outreach Center is actually overseeing a whole network of green ammonia research projects. One area is a whole-of-school effort focusing on technology, economics, and policy. Another is a boots-on-the-ground initiative aimed at deploying ammonia from the pilot plant to replace diesel fuel in tractors.

The school also won a 2018 REFUEL award that pairs it with the National Renewable Energy Lab in Colorado and the leading electrolyzer firm Proton OnSite, aimed at improvements in ammonia production technology.

The 2018 update also mentioned the possibility of using ammonia as fuel for grain dryers, which suck up a big slice of the agricultural energy pie.

“Grain drying is a major consumer of energy but is not one that matches well with current renewable energy technologies since high amounts of energy are required in a short duration of time,” UM observed.  “One possible answer may be in the form of ammonia.  The concept would allow for the use of ammonia seasonally as needed such as for fertilizer, transportation fuel, electrical energy generation, and then combusted in a grain dryer.”

It seems they have not let the grass grow under their feet. Last year the West Central Research and Outreach Center presented its vision for renewable energy and green ammonia at the 2019 Midwest Farm Energy Conference, taking note of new wind-friendly green ammonia technology that replaces a conventional condenser system with an absorption-based system (for those of you keeping score at home, that’s where the Proton OnSite connection comes in).

Aside from green ammonia, Minnesota is making quite a name for itself in the renewable energy field as it relates to sustainable farming. The state is also emerging as a leader in the fields of agrivoltaics and regenerative agriculture, with an eye on restoring soil in farmland that has been exhausted by generations of use.

Minnesota’s renewable energy profile is also benefiting from its network of rural electricity cooperatives, so stay tuned for more on that.

Photo: US Department of Agriculture.

Tina Casey specializes in military and corporate sustainability, advanced technology, emerging materials, biofuels, and water and wastewater issues. Tina’s articles are reposted frequently on Reuters, Scientific American, and many other sites. Views expressed are her own. Follow her on Twitter @TinaMCasey and Google+.