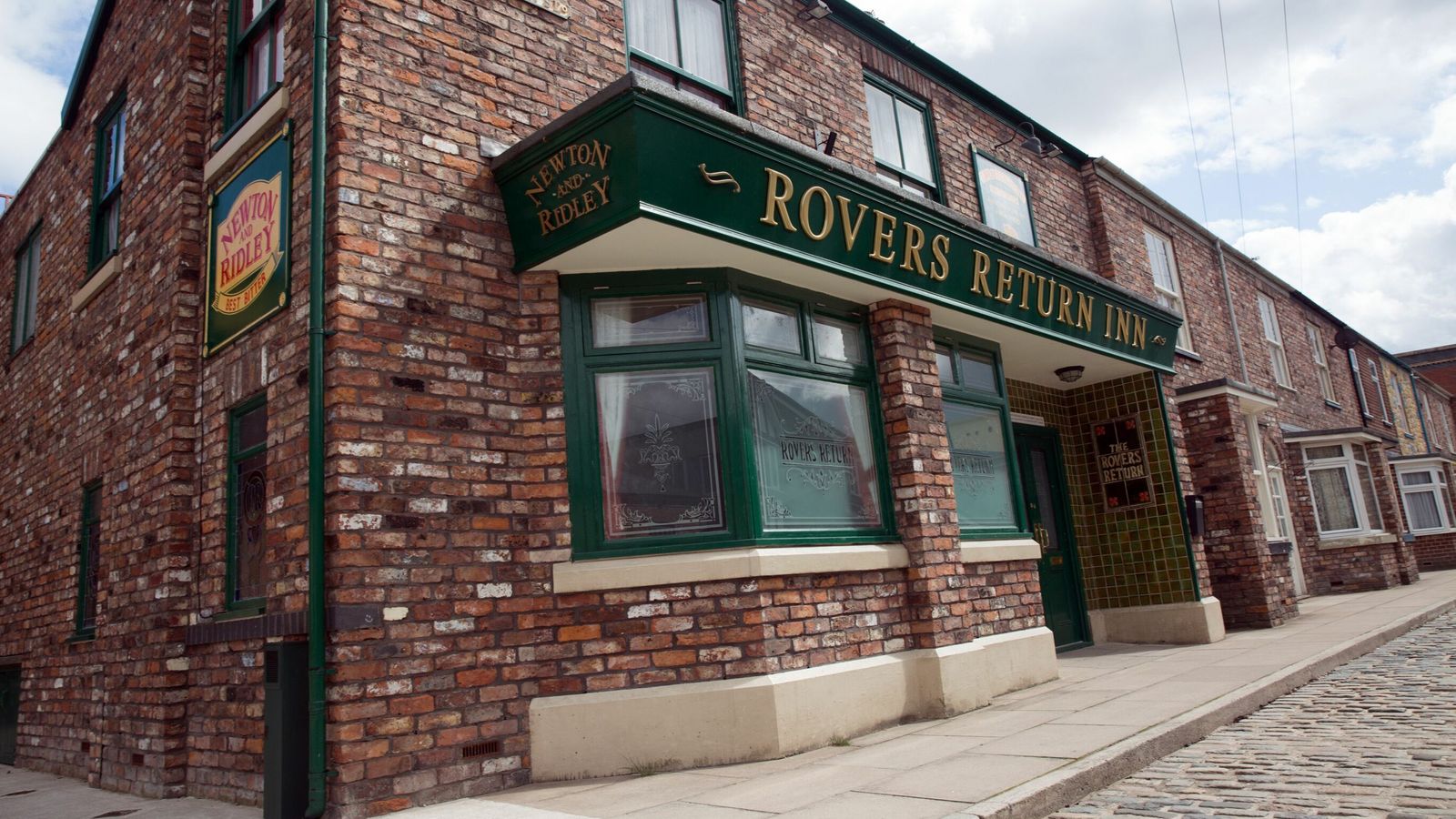 A government minister has warned that Coronation Street would be in Tier 3 under COVID restrictions – and the Rovers Return would only be able to serve takeaway food.

The claim was made by media minister John Whittingdale in a Commons debate in which MPs of all parties lavished praise on the TV soap as it celebrates its 60th anniversary.

Bringing a topical issue into the debate, Mr Whittingdale said: “I fear that it is almost certain that Weatherfield would still be in Tier 3 with the end of the national lockdown, which would mean that the Rovers Return would only be able to supply a takeaway service.

“But I hope it would not be long before the Rovers Return would be in Tier 2, which would of course allow the sale of alcohol with a substantial meal such as Betty’s hotpot.”

Mr Whittingdale also praised social distancing measures taken by the programme, such as placing furniture between characters, to ensure production could continue during the pandemic.

“But it is very important, not just obviously that production is done safely, but also for public messaging, which a show like Coronation Street can help get across, about the importance of maintaining social distancing and mask wearing,” he said.

The Corrie debate was staged by Labour MP Tracy Brabin, who between 1994 and 1997 played Tricia Armstrong, a character who – in another topical twist – was sent to jail for not paying her TV licence.

Opening the debate, Ms Brabin said Coronation Street is as much a part of British culture as “a nice cuppa, a fish and chip supper or sitting down to the Queen’s Speech on Christmas Day”.

She told MPs: “We’ve cried together, gasped together, laughed together and learned together. Iconic storylines that cause a nation to take a breather from their busy lives, make a cuppa and pop Corrie on the telly.”

In an unusual move, Speaker Sir Lindsay Hoyle, who is MP for Chorley, intervened in the debate, telling MPs: “It’s interesting with Coronation Street – they always talk about going to Chorley Market because they know the good value of Chorley Market.

“Both myself and [Deputy Speaker Nigel Evans] were on a politics show where we had to guess so many questions. Guess who won? I got the tray.”

In his speech, Mr Whittingdale, who was Margaret Thatcher’s political secretary before becoming an MP, said Coronation Street was “undoubtedly the world’s greatest soap” and revealed he had twice visited the set.

“The first time I did so was with Margaret Thatcher in January 1990,” he said. “And it was indeed the case that I had to brief her on the way to the set on the characters who were stars at that particular time.

“And I did indeed go through all the various storylines and she was particularly keen to visit Alf Roberts’ corner shop because of course her own father was Alfred Roberts who ran the grocers shop in Grantham.

“But she arrived on set and was very upset to see that Alf Roberts’ corner shop had the sign, ‘licensed to sell alcohol’, and she said that certainly, this would never have been allowed in her own father’s shop, who would not have dreamt of selling alcohol.

“But having said that, she did then visit the Rovers Return, but was very clear that she would have a bitter lemon from behind the bar.”

“The prime minister has yet to visit Coronation Street,” he said. “And I hope that is something he will rectify, for those of us who are dedicated fans take great offence at the fact that as mayor of London he went to the inferior EastEnders, but has not yet paid tribute to Coronation Street.

“The 60th anniversary would be a good occasion for the prime minister to go up to Coronation Street and say thank you on behalf of the government and the United Kingdom.”