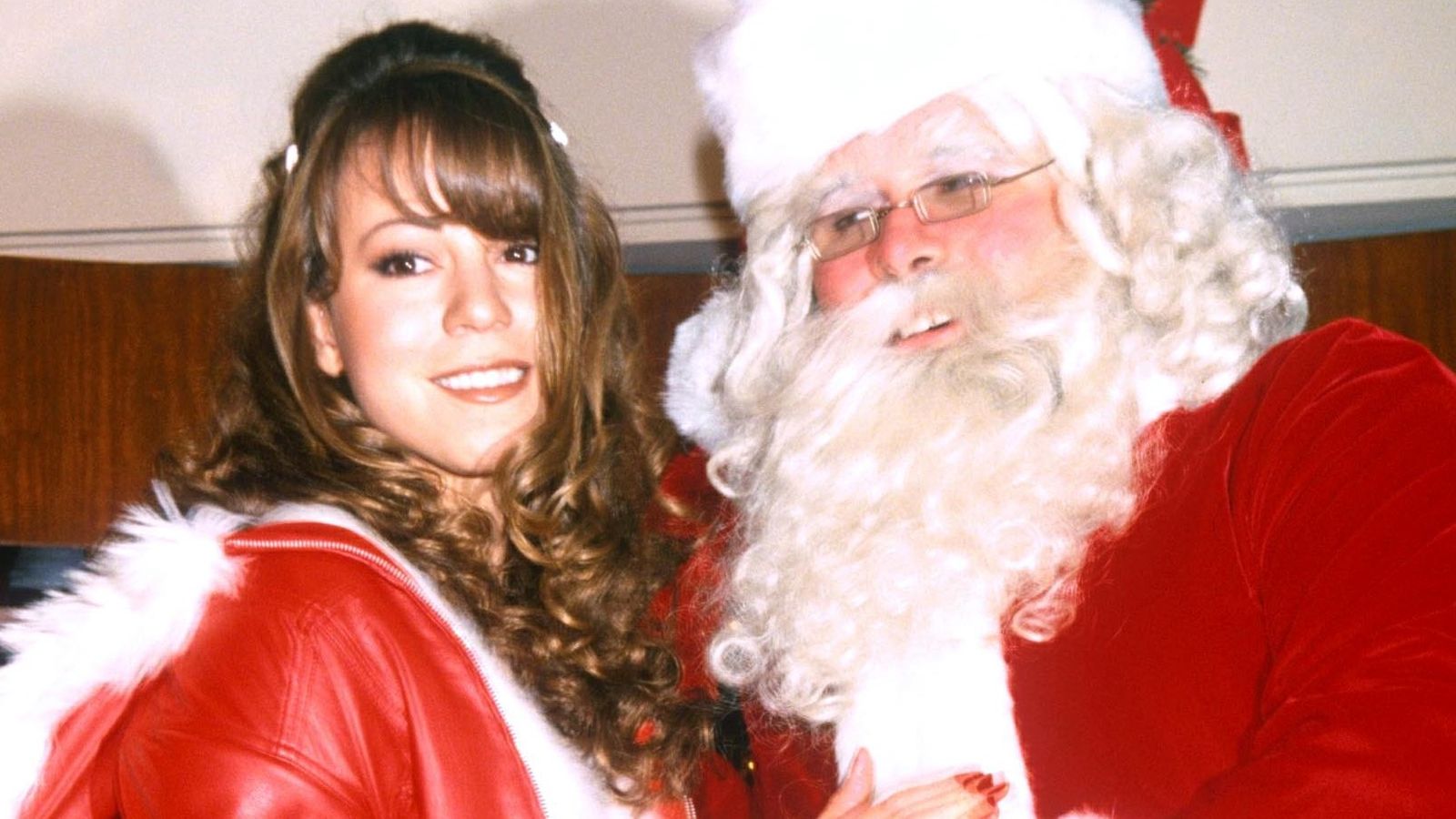 In the year that Christmas came earlier than ever, with festive cheer providing some much-needed escapism from lockdown and tier rules, it seems only right that Mariah Carey gets her first festive number one in the UK.

Yes, you read that correctly: All I Want For Christmas Is You never actually made it to the top spot over here back when it was released in 1994. In fairness, it lost out to what has become an undisputed British yuletide classic, East 17’s Stay Another Day, but still – Mariah Carey, the Queen of Christmas, not topping the charts? Outrageous.

“I don’t want a lot for Christmas,” she belted out across many octaves 26 years ago, “there is just one thing I need…” Maybe that one thing is a UK Christmas number one – and it looks like 2020 could be the year that rectifies this travesty. It’s got to be good for something, right?

Thanks to streaming and downloads, the song has reappeared in the top 40 every December since 2007 and spent more than 100 weeks in the UK chart in total, but this year it has ascended quicker than ever.

According to the Official Charts, people have been getting their Christmas music fixes earlier than ever before in 2020, and Carey’s famous track is a strong contender to hit the top spot later this week – followed closely by Wham!’s Last Christmas, with The Pogues’ Fairytale Of New York also in the top five in the First Look chart.

And this is Mariah Carey, who doesn’t do things by halves, so she also has another contender out, too – Oh Santa!, a banger of a bop featuring Ariana Grande and Jennifer Hudson.

If she does get to number one with All I Want For Christmas when the chart is announced this Friday, it’ll need to hold position for a fortnight until Christmas Day. But never underestimate the power of Mariah Carey fans. Superfan Jeffrey Ingold is campaigning for it, and his support has been acknowledged by the star herself, who tweeted: “Thank youuu Jeff! Now we can only hope to make it happen.”

Last year, YouTuber and dad-blogger LadBaby took the crown for the second season in a row, a feat not achieved since the Spice Girls in 1997. (Festive fact: they actually went on to claim the treble the following year.)

In the event Carey’s UK Christmas number one wishes don’t come true in 2020, here are a few other festive numbers that have been released this year.

The chart-topper has recorded a cover of Donny Hathaway’s This Christmas as part of Amazon’s Originals series for 2020, and is sitting at number three in the First Look chart – the highest position for a new song in the First Look chart. Justin Bieber has also recorded an Amazon Original, a cover of Rockin’ Around The Christmas Tree, which is just behind at number five.

Earlier in 2020, Matt Lucas released Thank You, Baked Potato, a rewritten version of a song originally performed almost 20 years ago on comedy panel show Shooting Stars, to raise funds for FeedNHS and offer words of wisdom during the pandemic. Now he’s back with another seasonal reworking, raising funds for FareShare.

Liam Gallagher – All You’re Dreaming Of

Oasis frontman turned solo star Liam Gallagher is showing his soft side with this charity track, which he hopes “brings back some much needed love and hope” after “the year that we’ve all had”. Wishing his fans Merry Christmas announcing the song on Instagram, the singer said that “Bing Crosby would have been proud” of the hit. He also performed it in a special Thames gig at the weekend. Proceeds go to UK charity Action For Children.

Boyz On Block – Stay Another Day

Combine a ’90s Christmas classic with some of the biggest boyband stars from back in the day, and what have you got? It’s Boyz On Block’s cover of East 17’s Mariah-thwarting Stay Another Day, featuring writer Tony Mortimer joining in to help out on the piano. Featuring Dane Bowers (Another Level), Abz Love (5IVE), Shane Lynch (Boyzone) and Ben Ofoedu (Phats & Small), the boyz are hoping to bring a bit of the magic of the decade back to the charts. Don’t tell Mortimer, but Bowers even told Sky News he thinks it’s better than the original.

“Santa’s on his sleigh, but now he’s two metres away,” sings Robbie Williams in his festive track, Can’t Stop Christmas. The star has worked once again with long-time producers Guy Chambers and Richard Flack to create the song, which includes 2020 nods to Zoom calls, hand san and social distancing – with added festive bells.

The Dancing Binmen – Boogie Round The Bins At Christmas

Three binmen from Wolverhampton – Jack Johnson, Henry Wright and Adrian Breakwell – could be seen earlier this year dancing on their routes during the first lockdown, providing some much-needed fun and highlighting the brilliance of all our key workers. Now they’re getting festive with Boogie Round The Bins At Christmas, with proceeds going to charity.

Providing a sprinkle of sunshine to this year’s Christmas offerings, Shaggy is back with not just single Holiday In Jamaica, but a whole album of reggae-infused festive bangers. Featuring collaborations with a range of artists, from Joss Stone to Beenie Man, this is the soundtrack to those looking for a Caribbean twist to their December celebrations.

You’ll no doubt have heard Becky Hill’s cover of Alphaville’s 1984 song Forever Young from the McDonalds 2020 Christmas advert. At least 10p from every download goes to food charity FareShare, with the fast food chain also donating five million meals to the charity this year.

Seven-year-old Lyra Cole is no stranger to Christmas hits, having released her version of When A Child Is Born in 2019. After overcoming a brain tumour when she was a baby, the youngster is hoping to raise funds for charity once again with a cover of Shakin’ Stevens’ Merry Christmas Everyone for 2020. “It would be a dream come true if it happened this time, but most of all I just want to raise lots of money for Brain Tumour Research and help other families like mine,” Lyra said.

Another cover, this one a reworking of the ’70s folk track by Lindisfarne. Money raised goes to social enterprise People Of The Streets. The song aims to highlight the true spirit of Christmas – caring for those who are less fortunate, Fender has said.